The Quiet Coup Of The Courts Has Become A Constitutional Crisis 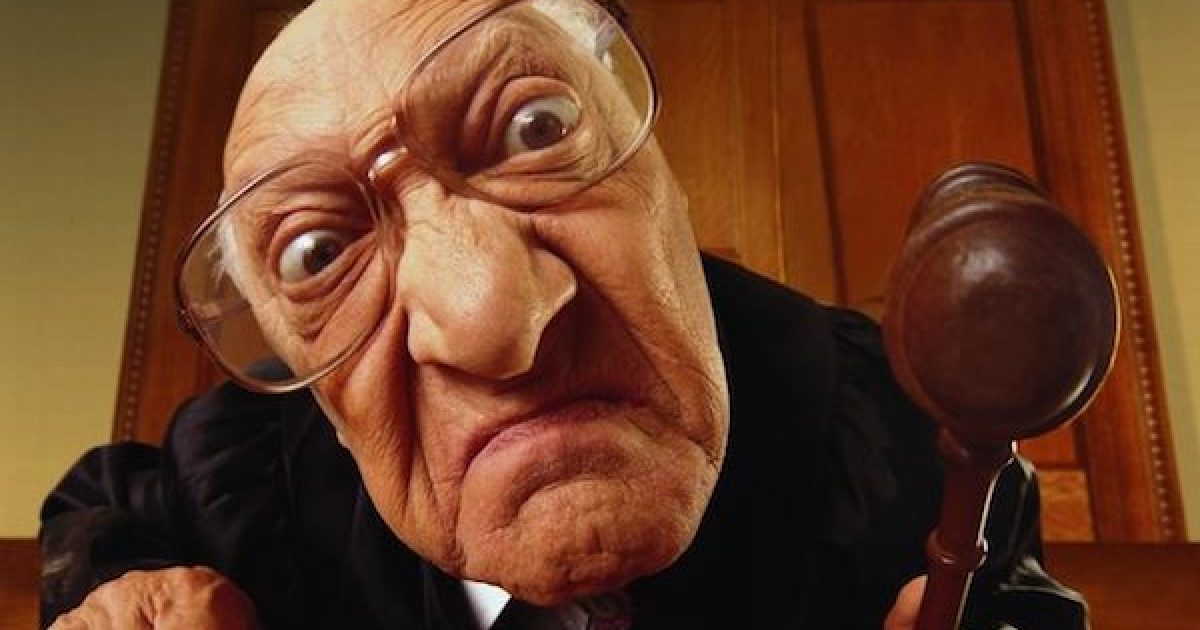 There is a constitutional crisis in this country. One branch of government is defying norms and undermining the rule of law.

The culprit isn’t President Trump or Congress; it’s the courts. Nationwide, judges are actively making public policy, rather than simply adjudicating it. This power grab is especially apparent in immigration cases, where judges have ignored the Constitution and issued rulings based on their personal political beliefs.

This arrogation of power should worry liberals, conservatives, and moderates alike.

The creation of DACA by the executive branch contravenes constitutional separation of powers and violates specific Congressional statutes. Given the chance to pass legislation, Democratic supermajorities in Congress considered, and then rejected, an amnesty for young illegal aliens in 2010.

For most of his first term, President Obama acknowledged he couldn’t “just bypass Congress and change the law myself … That’s not how a democracy works.”  He further clarified that, with “respect to the notion that I can just suspend deportations through executive order, that’s just not the case.”

But in 2012, President Obama changed his mind. He argued that unilateral action was the “right thing to do” and he exempted certain illegal aliens from immigration law and he began illegally granting them work permits, ignoring the constitutionally directed separation of powers.

President Trump campaigned against DACA and last fall he announced his decision to end the program.  Any policy imposed through unilateral executive action can be reversed the same way, especially when the President finds his predecessor’s actions to be unconstitutional — or so most legal scholars believed.

But some activist judges felt differently.

In January, William Alsup, a district court judge in San Francisco, issued a nationwide injunction that prevented the administration from ending DACA. His ruling asserted “that the public interest will be served by DACA’s continuation.”

A few weeks later, Nicholas Garaufis, a district court judge in Brooklyn, issued his own politically-charged injunction. The judge condemned the DACA roll-back as “heartless.”

In other words, the judges nullified the president’s order not because it was unlawful but because they personally disagreed with it.

Judges have also relied on emotion, rather than legal precedent, to impede President Trump’s travel ban, which prohibited visitors and immigrants from a handful of majority-Muslim nations, Venezuela, and North Korea, from entering the United States.

The Constitution gives the president wide latitude to deny foreigners entrance into the country for any reason. In 1950, the Supreme Court noted that “The exclusion of aliens is a fundamental act of sovereignty … inherent in the executive power.”

But that executive power apparently doesn’t apply to President Trump. Judges have repeatedly slapped injunctions on the travel ban, even after the administration revised it to address critics’ concerns. This February, the Fourth Circuit Court ruled against the ban, claiming that the president’s supposed animus towards Muslims somehow invalidates his authority.

In June, the Supreme Court overturned the lower courts’ rulings and narrowly upheld the ban with a 5-4 decision.  As Chief Justice John Roberts put it, “The Proclamation is squarely within the scope of Presidential authority.”

The Constitution prevailed — this time.

Judicial activism should worry Americans of all political affiliations. Even liberals who may like the outcomes of the recent immigration rulings should be concerned.

By cheering on judicial overreach now, they risk looking like hypocrites later if the dozens of extremely conservative judges appointed by President Trump start to strike down reproductive rights, safety net programs, and legal protections for disadvantaged groups based on their own personal beliefs.

Courts are supposed to decide whether Congress and the president’s policies are constitutional — not whether they’re wise or compassionate. The devolution from judicial review to judicial supremacy bodes ill for our republic.