The Searing of the American Conscience Over the Issue of Abortion 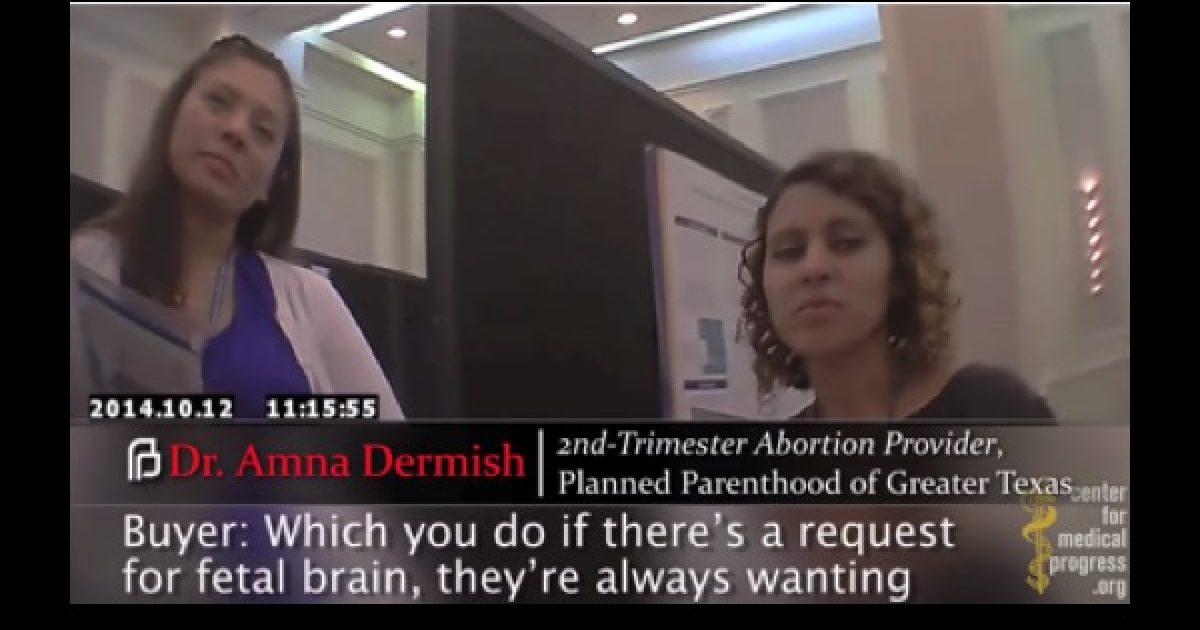 Four years ago, citizen journalist David Daleiden shocked the civilized world by releasing a series of undercover videos that documented the trafficking of baby body parts for profit. Planned Parenthood was gearing their abortions—for which they already make lots of money—so that they could also sell the baby body parts for a significant profit.

On the one hand, Planned Parenthood denies that the unborn babies are human. On the other hand, the baby brains, hearts, kidneys, lungs, etc. bring a handsome price for the researchers that pay for them. Furthermore, to extract those body parts from the unborn babies they killed, Planned Parenthood had to engage in some forms of abortion that are illegal, such as partial-birth abortion.

This is all old news. Four years have come and gone. Ironically, it is the citizen journalist who exposed all of this who faces ongoing legal threats. Last week, thankfully, he weathered a major storm in this area.

Conservative Review (7/19/19) notes that a San Francisco judge ruled against the abortion giant and in favor of the First Amendment.

Planned Parenthood was suing David Daleiden and his team at the Center for Medical Progress (CMP), seeking some $20 million in damages because of the fallout from his four-year-old revelations.

Judge William Orrick III gave a tentative ruling that Daleidin’s First Amendment rights outweighed Planned Parenthood’s claim that some could be incited to violence by witnessing the abortion provider’s behavior. It should be noted that this is not a final ruling.

However, Judge Orrick did note that Daleiden could still be liable for expenses incurred by Planned Parenthood in investigating security and intrusions since they allege that Daleiden trespassed. For this, Daleiden may be on the hook for $100,000 in damages—a far cry from the $20,000,000 that the abortion giant was seeking.

After last Wednesday’s decision, Daleiden declared, “Now that all the facts, evidence, and testimony are in, even Planned Parenthood’s favorite judge refuses to buy into the abortion giant’s fake news and lies about the honest motives and protected speech of pro-life citizen journalists.”

Meanwhile, Daleiden faces other legal problems as well—such as a fine against him for nearly $200,000 for allegedly violating a judge’s gag order.

It seems to have been like this ever since Daleiden revealed his undercover videos to the world. It has been a case of Society doesn’t like the message, so it shoots the messenger.

That said, his videos have made a difference. Cheryl Sullenger, Senior Vice President of Operation Rescue, listed for me a few such changes in the last four years:

Thank God for these victories. To me, the sad thing about this overall story is that, while America was initially shocked by CMP’s revelations, after a while, the story of the sale of baby body parts was met with a collective yawn, or so it seems.

Dr. George Grant, an author of a definitive expose on Planned Parenthood, Grand Illusions, told me: “Four years after David Daleiden’s stunning revelations, I am more concerned about the silence of Christians in the face of undeniable evil than I am about the brazen Orwellian collusion of the media and the political establishment in covering up the gruesome business of Planned Parenthood. It is both more dangerous and more disheartening.”

Mother Teresa once said, “Abortion is a crime that kills not only the child but the consciences of all involved.”

While he was president, Ronald Reagan wrote a book, Abortion and the Conscience of the Nation (1984), in which he states, “As an act of ‘raw judicial power’ (to use Justice White’s biting phrase), the decision by the seven-man majority in Roe v. Wade has so far been made to stick. But…Roe v. Wade has become a continuing prod to the conscience of the nation.”

Perhaps, since Roe v. Wade in 1973 and the subsequent killing of more than 60 million preborn children by abortion, we have become jaded. As the saying goes, “Tell me something I don’t know.”

David Daleiden’s work exposed that babies were being aborted so their body parts could be harvested (with or without the consent of the mothers having the abortions). Initially, many shocked people were reminded of the infamous Nazi doctors, e.g., Mengele, and their medical experiments on Holocaust victims. I fear abortion is allowing our consciences to be seared.