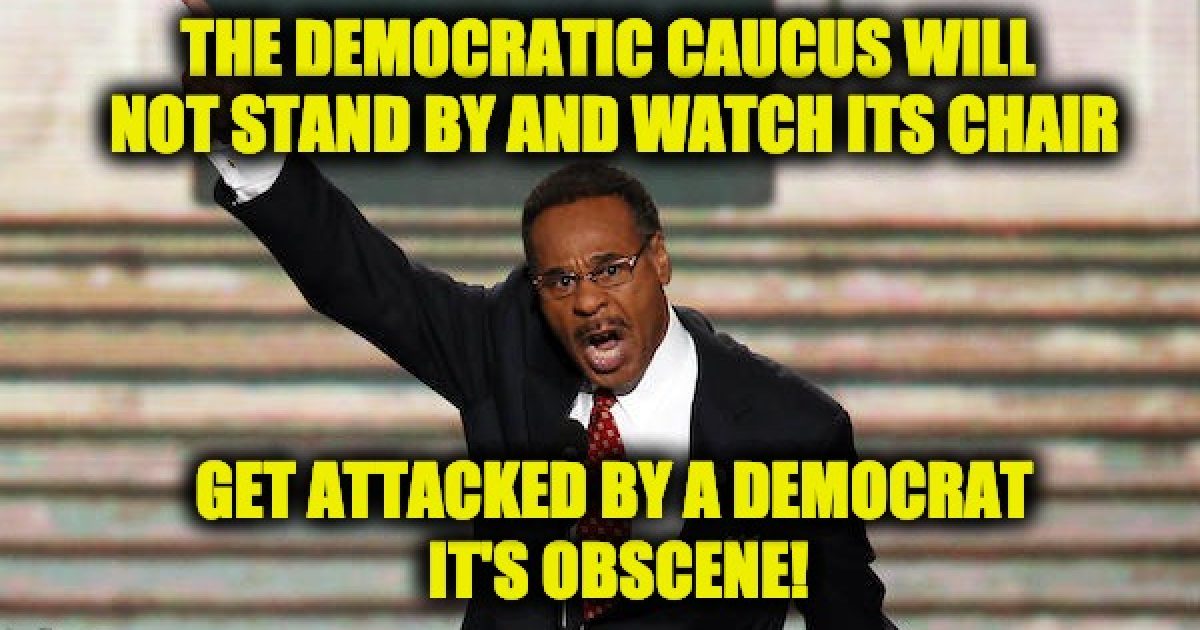 Congressional Democrats are growing sick and tired of Alexandria Ocasio-Cortez’s antics especially her use of Twitter to attack other Democrats and to get what she wants from the caucus.

Incumbent Democrats are most annoyed by Ocasio-Cortez’s threat to back primary opponents against members of their ranks she deems too moderate. But their frustration goes beyond that: Democratic leaders are upset that she railed against their new set of House rules on Twitter the first week of the new Congress. Rank and file are peeved that there’s a grassroots movement to try to win her a top committee post they feel she doesn’t deserve.

And she didn’t get it. The freshman congresswoman who proposed as 70% tax rate last week wanted a slot on the House Ways And Means Committee which is responsible for taxes. She used Twitter and several radical progressive groups to pressure leadership so she could push her radical anti-business, and middle-class-crushing tax hikes. But the slot went to Long Island Democratic Rep. Tom Suozzi.

“It totally pissed off everyone,” said one senior House Democratic lawmaker of the campaign. “You don’t get picked for committees by who your grass-roots [supporters] are.”

Politico spoke to nearly 20 Democratic lawmakers and aides who said there’s a there’s a carrot and stick effort to rein in Ocasio-Corte. Some are encouraging her to use her fame to unite the Democrats in the fight against the GOP, others are warning her if she doesn’t clean up her act she will be terribly lonely especially when she tries to get a bill passed.

Some Democratic leaders are also annoyed that Ocasio-Cortez slammed the House’s new “pay-go” provision requiring that all new spending be paid for by either increasing taxes or by budget cuts–publically on Twitter:

Tomorrow I will also vote No on the rules package, which is trying to slip in #PAYGO.

We shouldn’t hinder ourselves from the start. https://t.co/WW3UaBs7vh

When House Majority Leader Steny Hoyer (D-Md.) told reporters that a new climate committee that Ocasio-Cortez championed would not have subpoena power, she retweeted the news and chastised Democratic leadership.

Our goal is to treat Climate Change like the serious, existential threat it is by drafting an ambitious solution on the scale necessary – aka a Green New Deal – to get it done.

Even some progressives who admire AOC, as she’s nicknamed, told Politico that they worry she’s not using her notoriety effectively.

“She needs to decide: Does she want to be an effective legislator or just continue being a Twitter star?” said one House Democrat who’s in lockstep with Ocasio Cortez’s ideology. “There’s a difference between being an activist and a lawmaker in Congress.

But Rep. Raúl Grijalva (D-Ariz.), the former head of the House Progressive Caucus said eventually other Democrats will warm up to her telling Politico:

She’s “going to force some of the members to have to align with or against her,” he said. “In that sense, I would assume that can be irritating to some.”

“Maybe it’s the aunt or uncle you didn’t want to invite to the wedding,” Grijalva added, but Ocasio-Cortez “is part of the family.”

In the end, Ocasio-Cortez has to decide does she want to build bridges across her party, or does she want to be an “old curmudgeon” like the late John McCain who publicly hated almost everything members of his party proposed.

As NY Democratic Rep Gregory Meeks said about the Freshman Democrat, “It’s one thing” for outside activists to go after Democratic incumbents, It’s another thing when you’re in this institution, and you’ve got to work to get things done.”