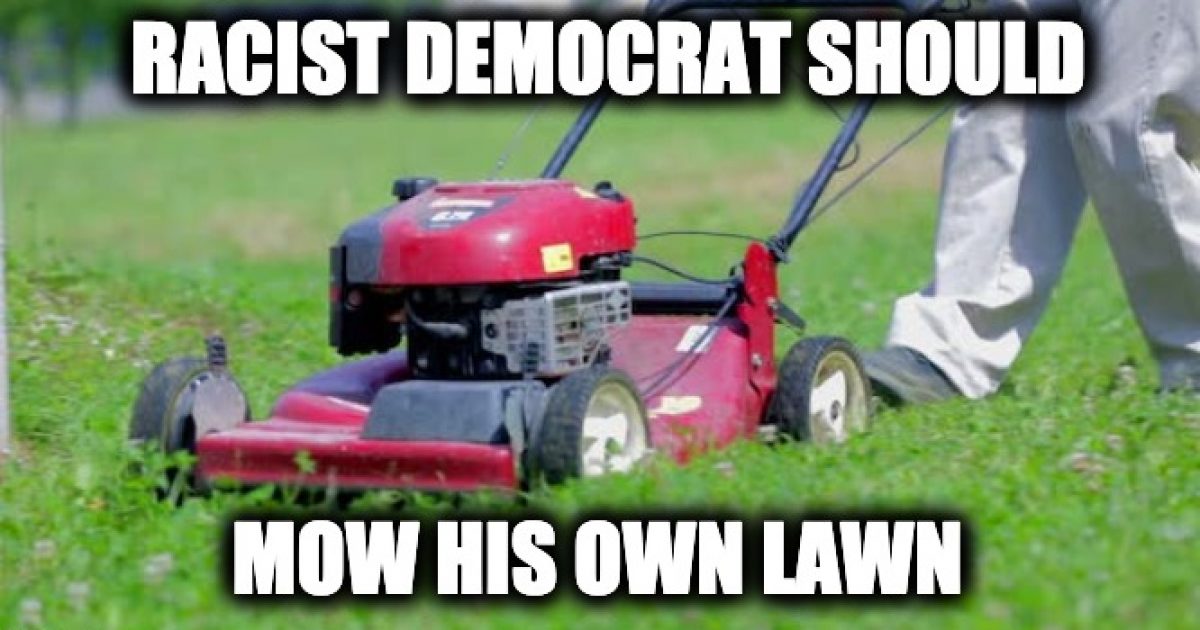 If this bigoted comment about Illegal Immigrants came from the mouth of President Trump, it would be on the front page of every newspaper in the country. But it came from a congressional Democrat who once worked for Obama. Therefore the media has been silent.

Rep. Tom Malinowski, a former Assistant Secretary of State for Democracy, Human Rights, and Labor under Barack Obama, revealed his belief that immigrants – both legal and illegal – are necessary to “mow our beautiful lawns.”   Malinowski, currently a member of Congress (D-N.J.), made the offensive comments to constituents at a campaign event in the wealthy New Jersey suburb of Hillsborough.

“There are a lot of jobs in our community, that like it or not, for better or for worse, Americans are not willing to take,” he claimed. Which is, a ridiculous notion. If illegals weren’t performing those jobs, legal immigrants and native-born Americans would be doing them at higher wages, paying more in taxes because they have social security numbers.

One person in the crowd noted that he is employed at a company that teaches children coding, to which Malinowski responded, “You’re a bunch of elitists! You’re not going to mow lawns.”

You know, like those lowly immigrants, illegal or otherwise.

Imagine for a moment that Donald Trump made a comment like this. Remember Baltimore? After the president rightfully described the city as rat-infested, the Democrats and their handmaidens in the media shot into the stratosphere of hyperbole calling Trump a racist for his criticism.

One person you don’t have to imagine making similarly offensive comments is the man Malinowski used to work for – Barack Obama. In a 2014 amnesty speech, he referred to illegal immigrants as the people who “pick our fruit and make our beds.”

“Are we a nation that tolerates the hypocrisy of a system where workers who pick our fruit and make our beds never have a chance to get right with the law?” the former president asked.

Former Florida gubernatorial candidate, Alex Sink, a Democrat, made similar comments asking of Latinos, “Where are you going to get people to work to clean out hotel rooms or do our landscaping?”

Ironically,  Malinowski ran for Congress in 2018 specifically based on President Trump’s so-called “attacks” on immigrants.

“It was the Muslim ban, and attacks on immigrants, it was the tearing up of alliances and commitments internationally,” he cited as reasons that propelled him into the political are

Ah that Muslim ban that wasn’t directed toward Muslims and permanently banned no one, it was a 90-day-pause from countries that didn’t properly vet their citizens who were coming to the U.S. And out of the six countries named in the pause four were majority Muslim (Iran, Yemen, Syria, and Libya) the other two were Venezuela and North Korea. Most countries with a majority of Muslim citizens were untouched including the largest ones Indonesia, Pakistan, Nigeria. Bangladesh. And Egypt

Yet, here he is mocking and stereotyping illegals, and of course, the media is silent. That’s because he is not Donald Trump. Yes, there are times when President Trump’s comments are not artful. He’s a bull in a china shop and that is why he was elected. He promised to stir the pot and change the way Washington D.C. operates and that’s what he is doing. But the D.C. political establishment, which includes the liberal media, is fighting to maintain the old way, the status quo. That’s what was behind the failed story that his campaign was colluding with Russia and the claims that he is a bigot, racist, and anti-Semite.