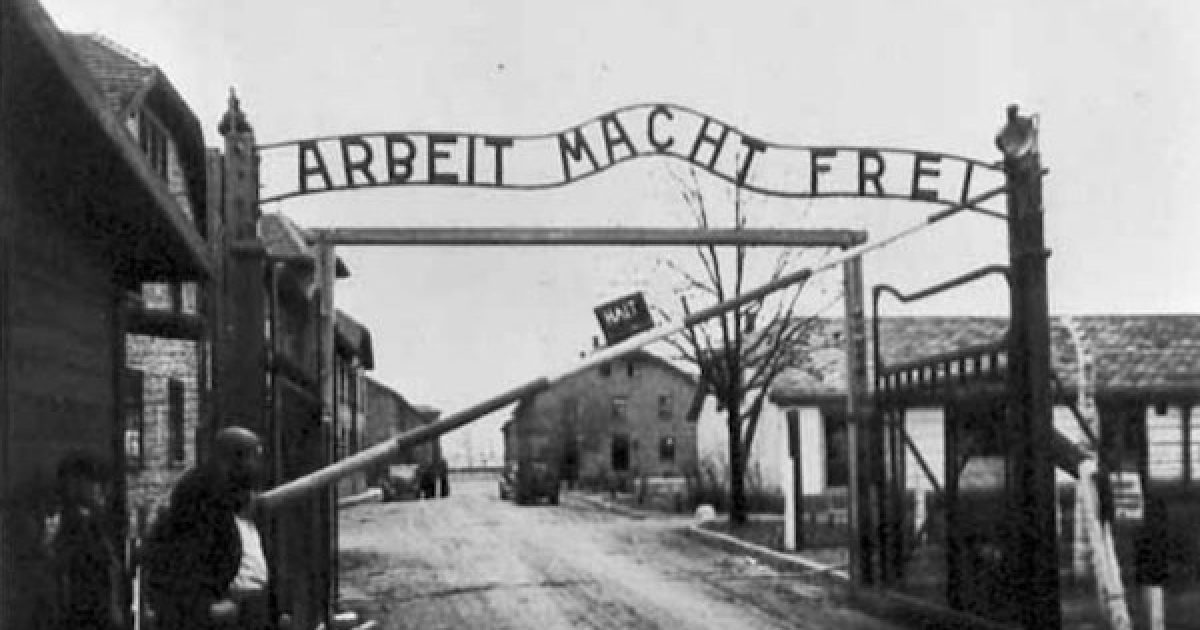 On Thursday, Dominik Tarczynski, a member of the Polish Parliament, invited Democratic-Socialist Rep. Alexandria Ocasio-Cortez to put her brain where her mouth is. He extended an  “olive branch of education,” inviting her to visit the worst of Hitler’s concentration camps in Poland so she can in learn the why it’s so wrong to inappropriately use the Holocaust for political purposes.

Tarczynski did not seem too happy with Ocasio-Cortez’s comments, calling them a cheapening of history used to score political points.

Regarding the Holocaust and Poland being the site of Europe’s biggest network of Nazi death camps, he wrote in his letter that this has caused “a deep wound that persists on our proud Polish and European history that we must deal with every single day and that we reaffirm to one another can never be forgotten, and never allowed to happen again.”

This is why when someone cheapens the history or uses it for political point-scoring, we become agitated and upset.

“I understand that there are heightened tensions in your politics right now, but I would urge severe caution in attempting to leverage phrases such as ‘concentration camp’ for political ends. It will lead nowhere good,” the letter said.

He offered for her to visit the sites at Auschwitz-Birkenau, Treblinka, Belzec, Sobibor, and Majdanek which were among the camps in Poland where “over three million human souls were extinguished, and millions more detained and affected directly.” Maybe he could invite Pat Buchanan to Treblinka, he  challenged the historical record that thousands of Jews were gassed to death by diesel exhaust there, saying “Diesel engines do not emit enough carbon monoxide to kill anybody.”

Mr. Tarczynski, included his not in a tweet that said, “With this letter, I am formally inviting @AOC to come to Poland, where Adolf Hitler set up the worst chain of concentration camps the world has ever seen, so that she may see that scoring political points with inflamed rhetoric is unacceptable in our contemporary Western societies,” he tweeted.

With this letter, I am formally inviting @AOC to come to Poland,where Adolf Hitler set up the worst chain of concentration camps the world has ever seen, so that she may see that scoring political points with enflamed rhetoric is unacceptable in our contemporary Western societies pic.twitter.com/ivOTfmiCfo

On Tuesday, the ignorant America-hating socialist once dubbed a “pompous little twit” for her economy-destroying Green New Deal, made the comparison on Twitter, doubling down on earlier statements.

“This administration has established concentration camps on the southern border of the United States for immigrants, where they are being brutalized with dehumanizing conditions and dying. This is not hyperbole. It is the conclusion of expert analysis,” she wrote, citing an article published by Esquire.

This administration has established concentration camps on the southern border of the United States for immigrants, where they are being brutalized with dehumanizing conditions and dying.

This is not hyperbole. It is the conclusion of expert analysis ⬇️https://t.co/2dWHxb7UuL

Sure,  it’s not hyperbole it’s imbecilic.

The use of “concentration camp” by AOC is an example of her ignorance of history, political lunacy, or the fact that she doesn’t have the mental capacity to come up with an appropriate analogy. It is also evidence of denial because if AOC and her Democratic Party colleagues got off their asses and addressed the crisis on the border, there wouldn’t be a need to find a facility to house the overflow of unaccompanied minors being exploited by adults sneaking across our southern border.

It remains to be seen if Ocasio-Cortez will accept the offer, she would be well served to understand what the concentration camps were all about. But I doubt that she will go, learning the truth is not her style.