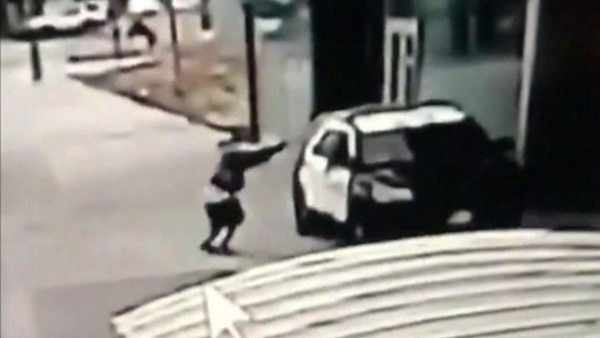 A suspect has been arrested and charged in the Compton deputy ambush from earlier in September. Deonte Lee Murray, 36, was actually arrested 3 days after the two deputies were shot after a standoff that was not related to the ambush. He is a known gang member who hates the police.

“BREAKING: LASD and District Attorney Jackie Lacey announced the arrest of Deonte Lee Murray in relation to ambush shooting of two deputies in Compton. Murray is charged with attempted murder of both deputies. Murray was arrested two weeks ago in connection with a carjacking and shooting of a man in Compton. He also faces charges as a result of that incident. He will be arraigned today in Compton. He faces a maximum sentence of life in prison. Murray is a Compton resident and a known felon with a lengthy rap sheet going back years. LASD believes he acted alone when carrying out the ambush. LASD won’t comment on the specific motive but they say Murray ‘Hates police and wants them dead.’” Bill Melugin, FOXLA

Three days after the two LA county deputies were ambushed Murray allegedly carjacked a vehicle and ended up in a standoff with police. The Prosecuting Attorney, Jackie Lacey, announced the charges in a press conference on Wednesday.

“At the time of his arrest, Murray, who has suspected gang ties, was charged with one felony count each of carjacking, second-degree robbery, and assault with a semiautomatic firearm – personal use of a firearm. The charges also included allegations of association with a criminal street gang, discharging a rifle inflicting great bodily injury, and personal use of an AR-15.”

Additional charges of attempted murder of police officers and felon in possession of a firearm have been added to the list.   He is being held on a recommended bond of $6.5 Million.

Both deputies have been released from the hospital. Dallas Mavericks owner Mark Cuban has donated $50,000 to each of the officers shot.