GOP Pulls Out Of The Presidental Debate Commission 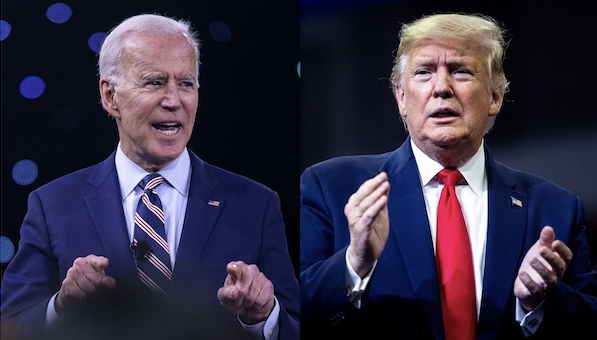 The GOP pulled out of the Commission on Presidential Debates on Thursday correctly claiming the way the 2020 debates were slanted toward Democrats. The commission has been running Presidential Debates since 1988 and the Mike Dukakis vs. George H.W. Bush. race. That year the debates didn’t have an effect on the race. Dukakis was a goner as soon as he took a ride on a tank

The Republican Party didn’t say they wanted to get rid of debates or the general format. The party simply didn’t want the Commission on Presidential Debates involved”

Debates are an important part of the democratic process, and the RNC is committed to free and fair debates. The Commission on Presidential Debates is biased and has refused to enact simple and commonsense reforms to help ensure fair debates including hosting debates before voting begins and selecting moderators who have never worked for candidates on the debate stage.

Today, the RNC voted to withdraw from the biased CPD, and we are going to find newer, better debate platforms to ensure that future nominees are not forced to go through the biased CPD in order to make their case to the American people.”

Much of the GOP’s issues surrounded the Commission’s choice of moderators. Per GOP chair Ronna McDaniel

The CPD has repeatedly chosen debate moderators who exhibit clear bias towards Republican candidates. Steve Scully, who was chosen by the CPD to moderate a 2020 debate between President Trump and Joe Biden, was literally once an intern for Joe Biden.

It came as little surprise to Republicans when Mr. Scully accidentally revealed prior to the debate that he was seeking advice on how to attack President Trump.

CNN’s Anderson Cooper even hosted a debate in 2016.

These are just a few examples of individuals chosen by the CPD to moderate debates who we believed would be biased and later showed it in action on the debate stage. The request to the CPD was simple: commit to selecting debate moderators who are not partisan. At the very least, commit to choosing tdebate moderators who have not previously worked for one of the candidates debating onstage.

No one thought that Chris Wallace then of Fox News would moderate the first debate as biased as he did,

Moderators weren’t the only issue:

Additionally, we requested the CPD hold at least one debate before the start of Early Voting. In fact, twenty-six states had begun absentee voting and uniformed military and overseas voting in all fifty states prior to the first general election debate of 2020. For voters who aren’t glued to the daily back and forth of politics, debates may be the only opportunity to gather information about America’s presidential candidates. It makes no sense to hold debates after so many Americans have already cast their vote.

The reason this matters now is because the Republican primary election won’t conclude until late summer of 2024 – just weeks before debates begin. If the CPD refuses to work with us and waits until the last minute to refuse our simple and commonsense requests, it will be too late for our candidate to secure changes to the process. It will be too late to engage with another group to host debates. This is what a total monopoly looks like.

Of course, the Dems weren’t happy. Jaime Harrison, chairman of the Democratic National Committee, told Newsweek “Republicans can’t win a fair fight and they know it . After years of having their toxic policies exposed on the national stage, the RNC has decided they would rather hide their ideas and candidates from voters.”

USA Today blamed it on President Trump, “The move underscores how former President Donald Trump reshaped and continues to reshape the GOP, with his complaints about debates in 2016 and 2020 laying the groundwork for the possible withdrawal of Republican candidates in the future.” President Biden wasn’t asked for his opinion but if he said anything I am sure he would blame the GOP’s action on Russian President Vladimir Putin.