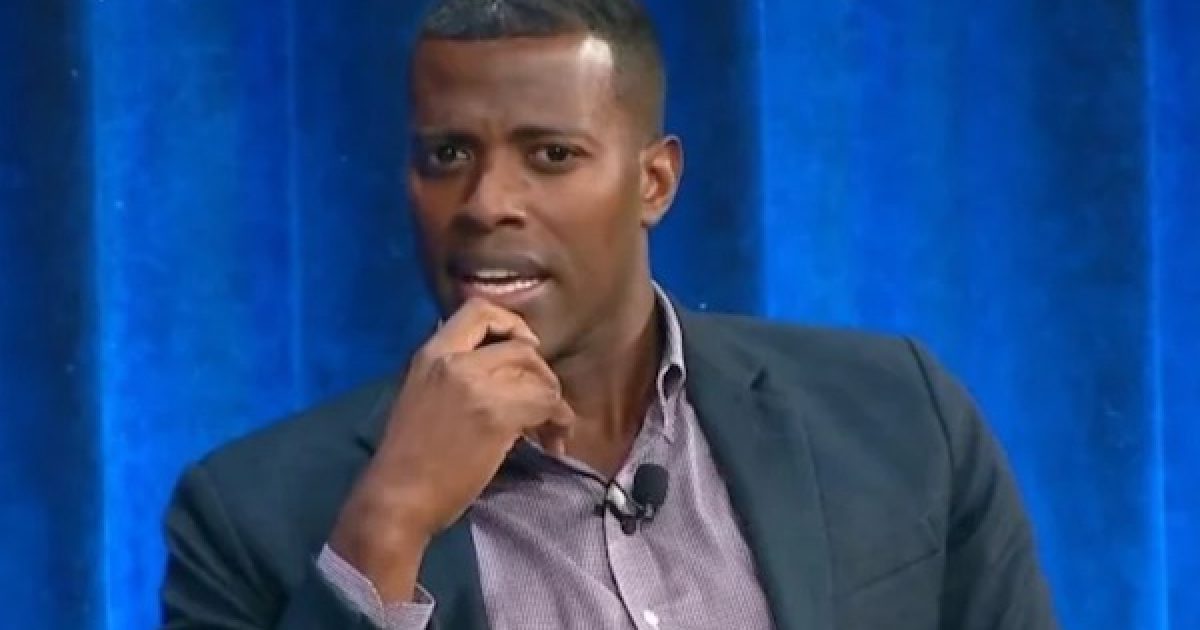 Rob Smith served for 5 years in the United States Army as an Infantryman and deployed to both Kuwait and Iraq, earning the Army Commendation Medal and Combat Infantry Badge in the process.  Rob is black, gay and recently has ‘come out’ as conservative because of the ‘outrage culture’ he said he has experienced within the Democratic Party.

According to Newsweek, Smith served in the military and is an Iraq war veteran. He actively protested the legalization of “Don’t Ask, Don’t Tell” during the Clinton era and when Obama repealed the act, he was invited to the ceremony as a guest.

Smith, a gay black man, said that coming out as a conservative was more difficult for him than coming out as gay. He said to Newsweek, “I know that five, 10, 20, 25 years from now, me being out as an openly gay conservative, an openly gay and black conservative will open doors for this to not be as shocking and surprising to people. It will open doors to people being unafraid to be open about their political beliefs in their own lives regardless of their skin color or their sexual orientation.”

When Army veteran Rob Smith came out as gay, it was a personal moment reserved for his family and close friends. When he came out as conservative, it was a public declaration that prompted an onslaught of racial slurs and rejection from the communities he’s championed.

Smith traced his journey to joining the Republican Party back to June 12, 2016, when 49 people were fatally shot at Pulse Nightclub in Orlando. As an openly gay man who was prominent in the LGBTQ rights movement, he wanted his fear to be met with a strong message against terrorism from his nation’s leaders. In the wake of the targeted attack, it was the Republican message that resonated with him.

The shooting may have been a “turning point” for Smith, but his decision to make a public declaration about his newfound political beliefs took a little more time. As a gay, African-American man he knew he’d be going against the grain and worried about the repercussions of speaking out against the political left.  More

Exactly 6 months ago today, I made the decision to “come out” as a conservative Republican – which I did first @dailymail, then on television @FoxNews. I knew it was a risk. I knew people would hate me. I knew people wouldn’t understand. What I didn’t know is that by doing so, I’d become connected with something that is much bigger than me, a movement that includes leaders like @realcandaceowens , @charliekirk1776 , @theofficertatum, and so many more. I didn’t know I’d be welcomed into the movement with open arms. I didn’t know I’d be the voice for SO MANY conservatives that are “of color” or a part of the #LGBTQ community (or both) that feel silenced and bullied. I didn’t know that this journey would lead me to the White House. I didn’t know it would spark something in me that was sorely missing. With increased visibility comes some negativity. I’ve been dumped by “friends,” face daily virtual harassment, etc. but that’s ok because it’s all a part of the growing pains of this movement. There will be more visibility, and I’m sure there will be more growing pains. But that’s OK. Because I believe in what I’m doing. Thank you all for joining me on this journey, and trusting me to be one of your voices.

In the video below Rob Smith explains his “coming out as a conservative” to Jesse Watters.

Most of this post was first seen at GodfatherPolitics

Rob Smith served for 5 years in the United States Army as an Infantryman and deployed to both Kuwait and Iraq, earning the Army Commendation Medal and Combat Infantry Badge in the process.  Rob is black, gay and recently has ‘come out’ as conservative because of the ‘outrage culture’ he said he has experienced within the Democratic Party.