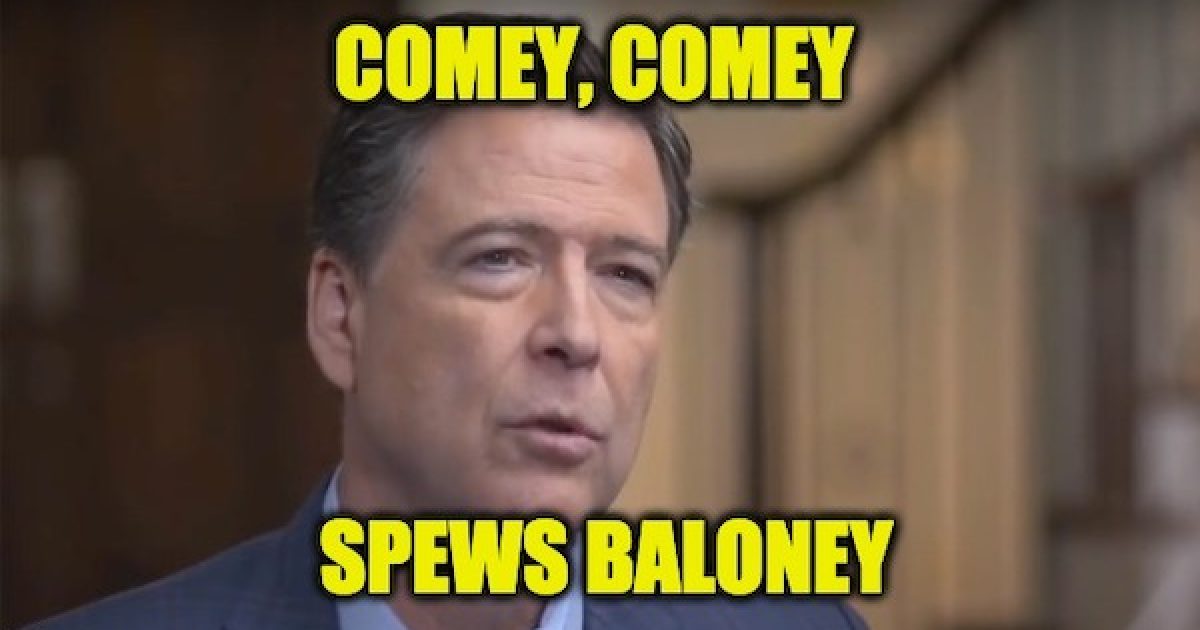 In a June 2017 when former FBI director James Comey testified under oath before the  House Intelligence Committee, Comey said the former Attorney General Loretta Lynch told him to downplay the significance of the Clinton email investigation. Comey said she even told her not to call it an investigation, he was to call it a matter.

“The attorney general had directed me not to call it an investigation, but instead to call it a matter, which confused me and concerned me. That was one of the bricks in the load that led me to conclude, ‘I have to step away from the department if we’re to close this case credibly.’

The Clinton campaign, at the time, was using all kind of euphemisms — security review, matters, things like that, for what was going on. We were getting to a place where the attorney general and I were both going to have to testify and talk publicly about. And I wanted to know, was she going to authorize us to confirm we had an investigation? … And she said, ‘Yes, but don’t call it that, call it a matter.’ And I said, ‘Why would I do that?’ And she said, ‘Just call it a matter.’”

In testimony released by Rep. Doug Collins (R-Ga), we learn that Lynch told Congress that Comey “mischaracterized ” their conversation.  By “mischaracterized” Lynch meant that the load Comey spoke of in the quote above, was in his pants (the full interview is embedded below),

When asked under oath if she told Comey to call the investigation a matter. Lynch replied definitively. “I did not,” and continued:

“I have never instructed a witness as to what to say specifically. Never have, never will. In the meeting that I had with the Director, we were discussing how best to keep Congress informed of progress and discuss requesting resources for the Department overall. We were going to testify separately. And the concern that both of us had in the meeting that I was having with him in September of 2015 was how to have that discussion without stepping across the Department policy of confirming or denying an investigation, separate policy from testifying.

Jordan: Ms. Lynch, so in Mr. Comey’s book he says this: Comey quoted you as saying, “Call it a matter.”

He responded, “Why would I do that?”

“‘Just call it a matter,’ she snapped back.”

Lynch: I haven’t read his book, so I can’t say if that’s in there or not.

His response was, “Why would I do that?”

He said you snapped back with, “Just call it a matter.”

Lynch: Well, again, leaving aside whether it’s in the book or not, that’s not my recollection of the meeting. But I can’t explain to you why he remembers it that way.

Jordan: Okay. He said this in his book. “The Attorney General seemed to be directing me to align me with the Clinton campaign strategy,” he wrote, adding caustically that, quote, “The FBI didn’t do matters.”

Is that true? Were you trying to align him with the Clinton campaign strategy?

Lynch: I wasn’t aware of the Clinton campaign strategy on anything. I had never —

Jordan: So you weren’t trying to align anybody with the Clinton campaign strategy?

Lynch: I was not trying to align anyone on any issue with a campaign strategy in this case or any other.

Well one of them is lying my vote is that the liar is former FBI director Comey who lied before. Such as the time Comey said the personal memos about his meetings with Trump that he leaked to the press had no classified information in them when four of the seven memos had classified data.

During his now infamous televised speech where he announced that Hillary should be let off the hook,  James Comey said, “no reasonable prosecutor would bring such a case.” But a report three months later explained that career agents and attorneys on the case “unanimously believed the Democratic presidential nominee should have been charged.”

“245 times he said ‘don’t remember, don’t recall, don’t know.’ The biggest takeaway for me was the ‘don’t know’ part. Specifically, he didn’t know much about Christopher Steele, the guy who used his work product, the dossier, to get the warrant to spy on the Trump campaign,” Jordan explained. “Here’s the key player, the guy who wrote the document that was the basis for getting the warrant, and he didn’t know anything about it.”

It shouldn’t be a surprise to anyone that Comey is being accused by former AG Lynch of lying when he said she told him to call the Clinton investigation “a matter.”  Comey is a serial liar.