Why These Comedians Don’t Do Trump Jokes 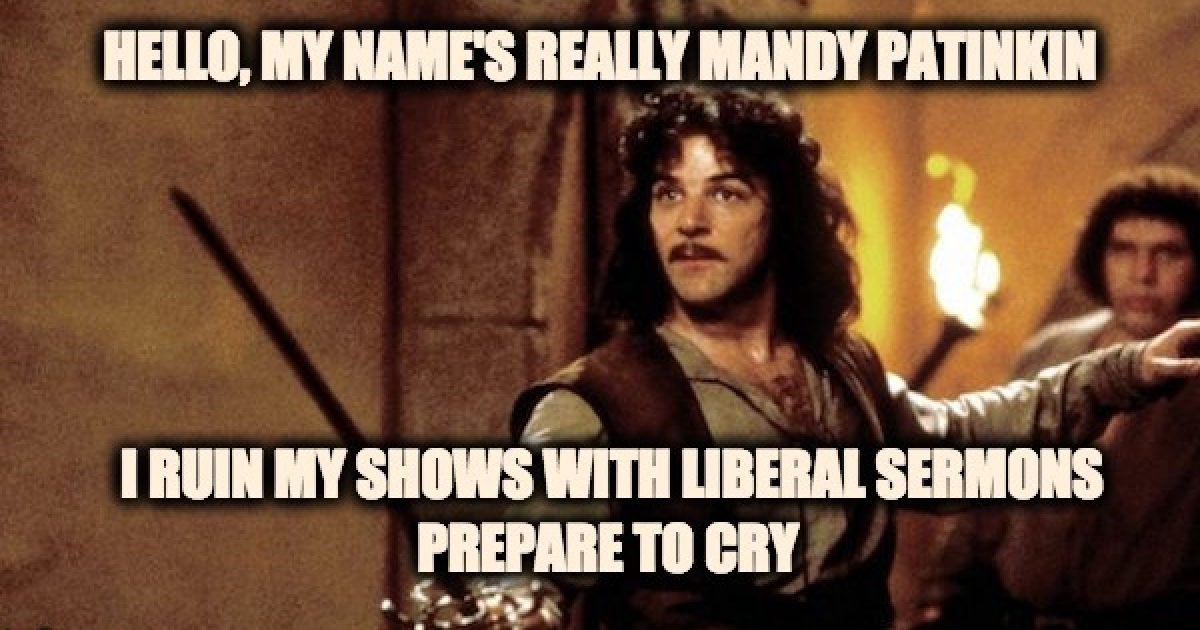 One of the worst experiences is spending hard-earned money on a musical or comedy performance and get lectured by the performer about politics. First of all, performance is usually a method of taking a break from my 24/6 following of politics, and even worse the performer is generally an arrogant liberal who has no idea how real people live.  My wife and I used to go to see Mandy Patinkin every year because of his beautiful singing voice (even though when he sings he looks like he’s pushing out a giant turd). That was until 2008 when Patinkin went on a long rant about what a lousy president Bush #43 was, and why we should all vote for Barack Obama. Last year we went to see Bruce Springsteen in the Meadowlands. Springsteen pontificated about how President Trump and his supporters were horrible human beings motivating me to stand up and shout “Shut up and sing!.” He didn’t hear me but, my wife did, and she shot me that look. You know, the if looks could kill, look?

The Springsteen incident made it easier for her to accept my “I don’t want to go,” when she scored some tickets to see Barbara Streisand. My wife knew that Babs would be relentlessly political and I would let her have it. When she came back from the concert, my wife told me that Ms. “I want rose petals in my dressing room toilet” did go on a political rant and the crowd booed her.

But now I learn of a comedy act that may be worth seeing.  Steve Martin and Martin Short, two comics who are now part of the old guard in comedy, have told their Hollywood pals to shove it and are refusing to turn their new show into a Trump-bashing extravaganza.

The two recently noted that political humor back in 2016 worked fine, but lately, things have gotten so polarized that attacking Trump actually hurts their audience numbers.  Short has attacked Trump numerous times in numerous venues, but it seems he is reassessing that practice for an upcoming show he is planning with friend Steve Martin.

“Before the election, we did a lot of Trump material, a lot of political material, and it was fine,” Martin shared with IndieWire Wednesday.

“After the election, you started to hear comments from the audience, whether it was a yay or a boo, and we said, ‘We don’t want that. We’re not here to preach,’” he added.

“So we started limiting the divisive political material from the act because you get that on late-night TV,” Martin continued. “It’s not something you want to pay [for]. We’re just trying to be funny.”

“When it comes to politics, you don’t want to make half the audience feel like they’re inappropriate,” Short explained. “So even when we’re doing Jiminy Glick, we try to go back and forth.”

“For me, it’s not my forte,” Martin interjected, sharing that political commentary just wasn’t his thing. “I’m not known as a political comedian for a reason. I actually made a choice a long, long time ago. I just feel it takes the audience out of the show a little bit.”

Imagine that, a pair of Hollywood comics who don’t want to alienate half their potential audience!

Naturally, it is possible to be funny without having to go political. Indeed, most of America’s most famous comics in the early days hardly ever did any political comedy.

Such comedy giants as Jack Benny, Burns, and Allen, Abbott and Costello, the Marx Brothers, even Bill Cosby before we found out that he was a rapist. Did John Pinette do politics, I would have to say “nay, nay, nay.” And my favorite, Gabriel Iglesias is fluffy but not political. All of them might have made a political; joke every once in a long while,  but their acts were based on their own lives, not the beltway,

Indeed if that is what you want to do as a comic, go for it. It is a free country despite the eight years of Obama. But, don’t sit there an whine when you become an object of attack when you go overboard… I’m looking at you, Kathy Griffin.

In the meantime, good for Martin Short and Steve Martin for just wanting to be funny without having to become rabid left-wing attack dogs. When your show comes to the People’s Republic of Andrew Cuomo, I might just buy a ticket.