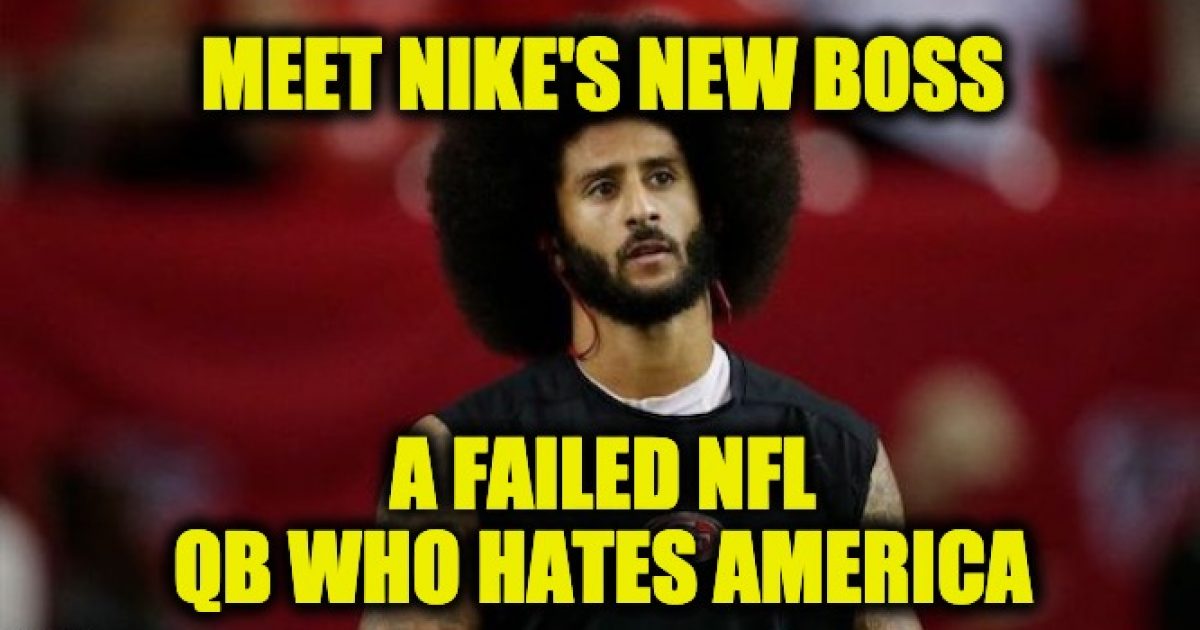 Colin Kaepernick is now running Nike, hey may not have a fancy president or CEO title but he’s become the product decision-maker.

After the sneaker company created an athletic shoe with the Betsy Ross American flag and sent it to retailers, the mediocre US-hating QB told the company that the Betsy Ross flag is an offensive symbol because of its connection to an era of slavery. Therefore as reported by the WSJ, “Nike has chosen not to release the Air Max 1 Quick Strike Fourth of July as it featured the old version of the American flag.” 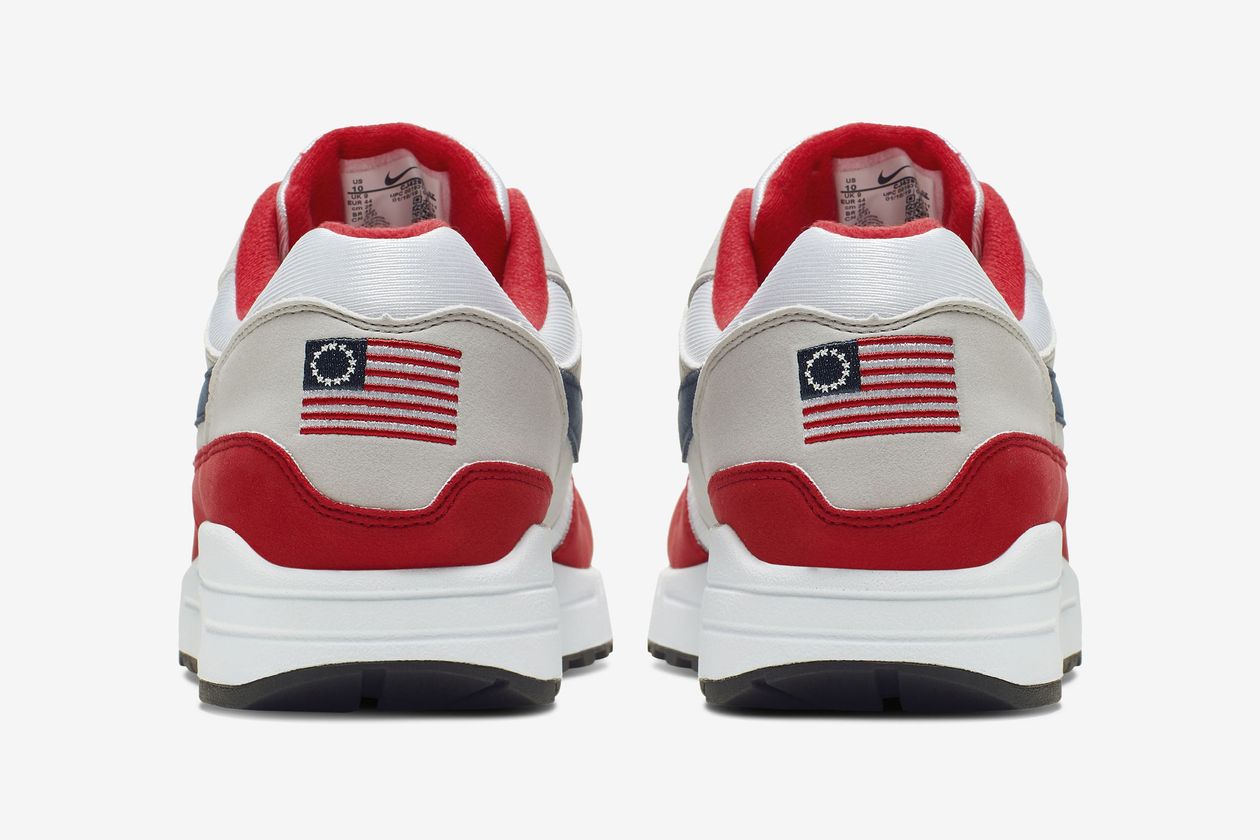 Kaepernick’s problem isn’t with the Betsy Ross Flag. The person who started the kneeling during the national anthem trend, mediocre quarterback Colin Kaepernick, the protest was all about disrespecting the flag of the racist evil nation that he believes we are. 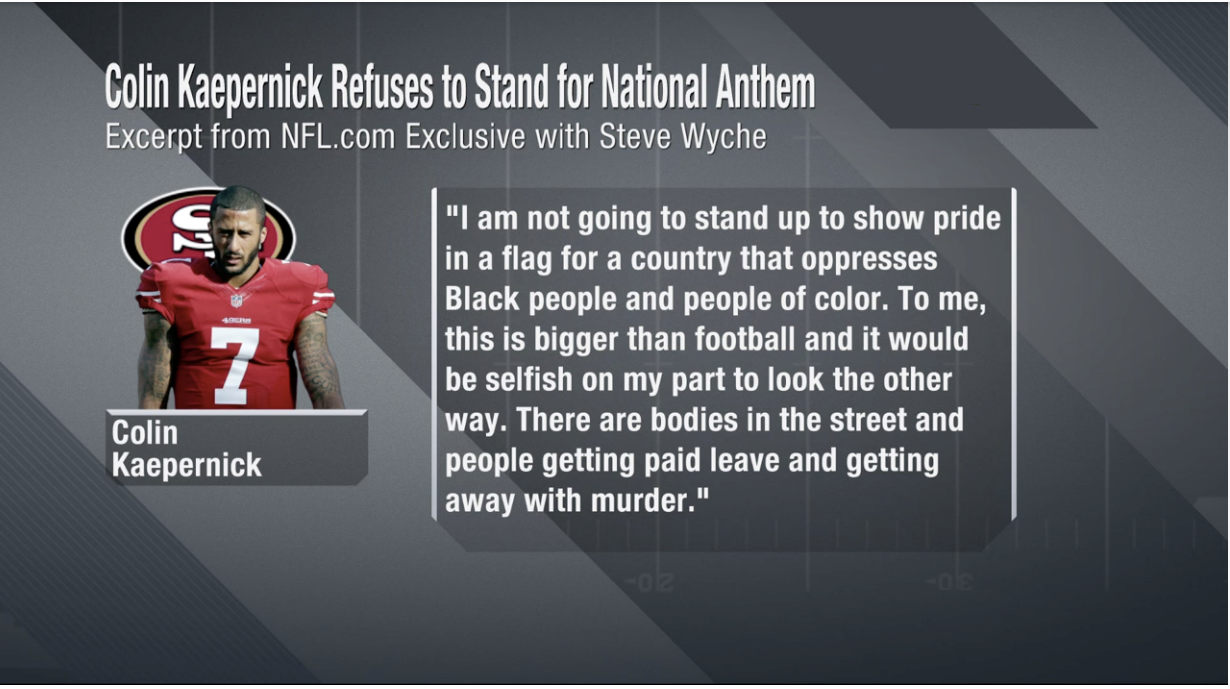 Does Kaepernick believe that anything associated with the founding of this Country should be ignored because of Slavery? Should we ignore the Declaration of Independence because Jefferson was a slave owner? Perhaps we should no longer honor George Washington as the father of our country because of his slaves.

Slavery was a horrible blight on the history of this country.  But we cannot lose the good stuff because it was timed with the bad.

Late in the 2016 season, the NFL underwent a seismic shift in their culture when Colin Kaepernick was allowed to disrespect the National Anthem with his political antics.  Kaepernick’s preferred method of disrespecting the song was to kneel, but his misguided temper tantrum spread throughout the league where a bevy of bratty, overpaid players found themselves doing all manner of things during the playing of the Star Spangled Banner.  Stretching, chit-chatting with other players, and sitting on the bench were all behaviors observed by the American people who were absolutely outraged.

As this nonsense continued into the 2017 season, (a slate of contests that Colin Kaepernick was deemed too inadequate of a player to participate in), fans turned away from the beleaguered league in droves. As Kaepernick’s protest against America spread,  ratings plummeted.  Television advertisers jumped ship by the dozen.  The NFL became the laughing stock of American sports.

As the protests died down, last season ratings began to bounce back.

He didn’t lose his NFL job because he fired from the 49ers, Kaepernick opted out of his 49ers contract because he was no longer the team starter, and became a free agent. In 2017, according to the Daily Caller, the unemployed quarterback turned down job offers from NFL teams to maintain his misguided position on top of the victims of racism list.

Now it seems that the anti-American failed NFL Quarterback is not only the face of Nike but runs the company, and his first policy is patriotism is not allowed. I suppose his next decision will be a change in the company’s slogan to America—Just Screw It!