He’s Baaack! Colin Kaepernick Is Begging For Another Shot 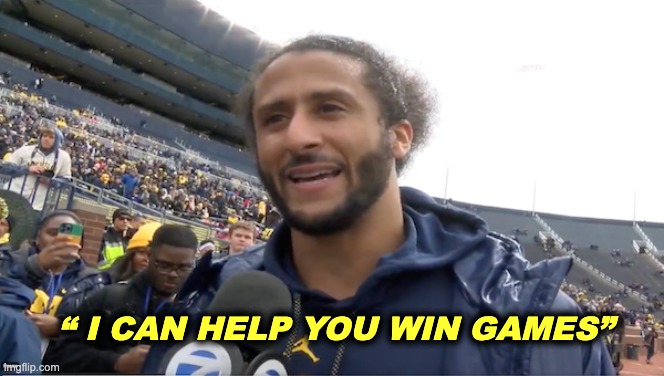 Anti-American protester Colin Kaepernick is still desperate to get back on a pro football team despite saying the NFL Draft and training camp is like slavery. The guy made millions of dollars playing a game…that doesn’t come close to being comparable to slavery.

The leftist quarterback protested at every game during the 2016 season.

He positioned himself as a martyr who was drummed out of the NFL because of his color and refusal to stand for the national anthem. That is a lie. He even lied about why he protested the Old Glory. Per his own words, the mediocre QB’s “getting on the knee protest” was not about “police abuse,” as he claimed when fans objected. It was about disrespecting the flag of the racist evil nation, the United States.

Colin Kaepernick wasn’t fired from his last NFL team, the 49ers, and he didn’t stay unemployed because of his unAmerican protest. He opted out of his San Fransico 49ers contract because he didn’t want to be a backup quarterback and get a backup’s salary. But based on his performance, that’s all he deserved. Therefore he chose to become a free agent. The main reason Kaepernick stayed unemployed was that he priced himself out of the market. He thought he was better and worth more than his mediocracy deserved. If he had the talent that his ego thought he had, someone would have paid him the big bucks to play–but that wasn’t the case.

Colin Kaepernick is now pleading for someone to hire him after being out of the league for five seasons.

“I can help make you a better team. I can help you win games,” Kaepernick said.

Sure, and I will wake up with 6-pack abs.

Kaepernick acknowledged that he likely won’t be offered a starting quarterback position off the bat.

“I know right now the situation likely won’t allow me to come in, step into a starting role,” Kaepernick told WXYZ-TV. “I know I’ll be able to work my way to that though, and show that very quickly.”

Gee, I would like to have some of what he’s smoking. He worked his way OUT of a starting position. During his final two years in the NFL (2015 &16), the 49ers had a record of 3 wins and 16 losses. Kaepernick had QBRs of 43.7 and 49.2. That’s below mediocrity. The only way he would be able to help a team is to get a job refilling the Gatorade cooler.

I spoke with Colin Kaepernick on the sideline after his throwing exhibition at Michigan.

He said he can absolutely still play in the NFL. I asked what is your message to NFL teams: "I can help make you a better team. I can help you win games." pic.twitter.com/rUQTG562D7

But why does he want to return to what he called slavery?

In November 2019, Jay-Z helped Kaepernick secure a workout in a deal with NFL Commissioner Roger Goodell. 24 of the NFL’s 32 teams were set to show up for the private workout in Atlanta. Despite getting the second chance he really didn’t deserve, Kapernick and his camp decided to change the Atlanta location at the last minute because, among other reasons, he wanted media there. Because of the last-minute change, only 8 teams showed up.

At the workout, he wore a Kunta Kinte t-shirt, seemingly to continue his slavery charge. 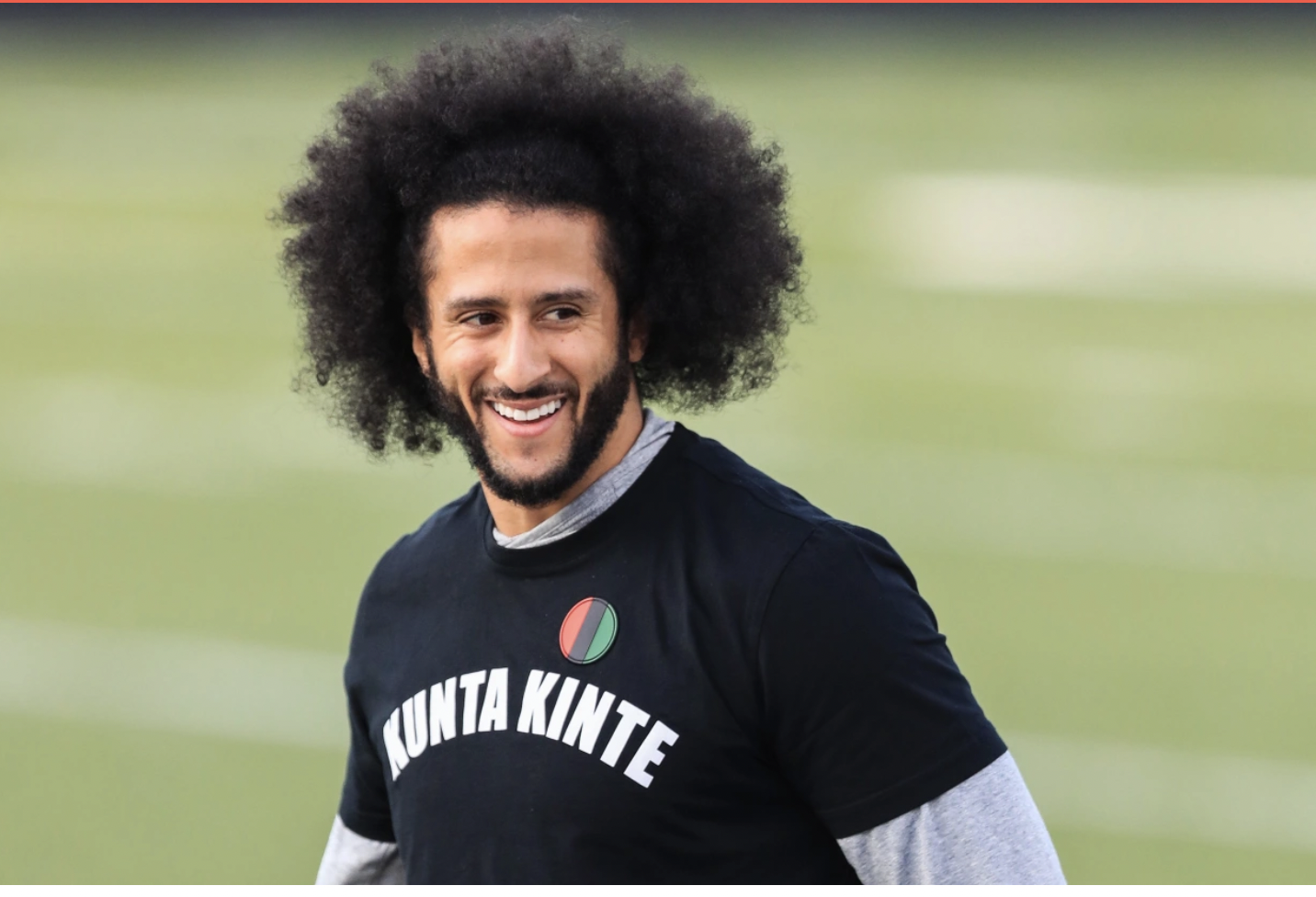 Because of his Diva actions with his demands and changes to the workout, Kaepernick got called out for turning his chance into a sideshow.

Now he’s begging for another shot. But isn’t the NFL just evil slavery? Or is it something Kaepernick needs to do? And if the former, how could it be the latter?

Parts of this post were first seen at Ipatriot.