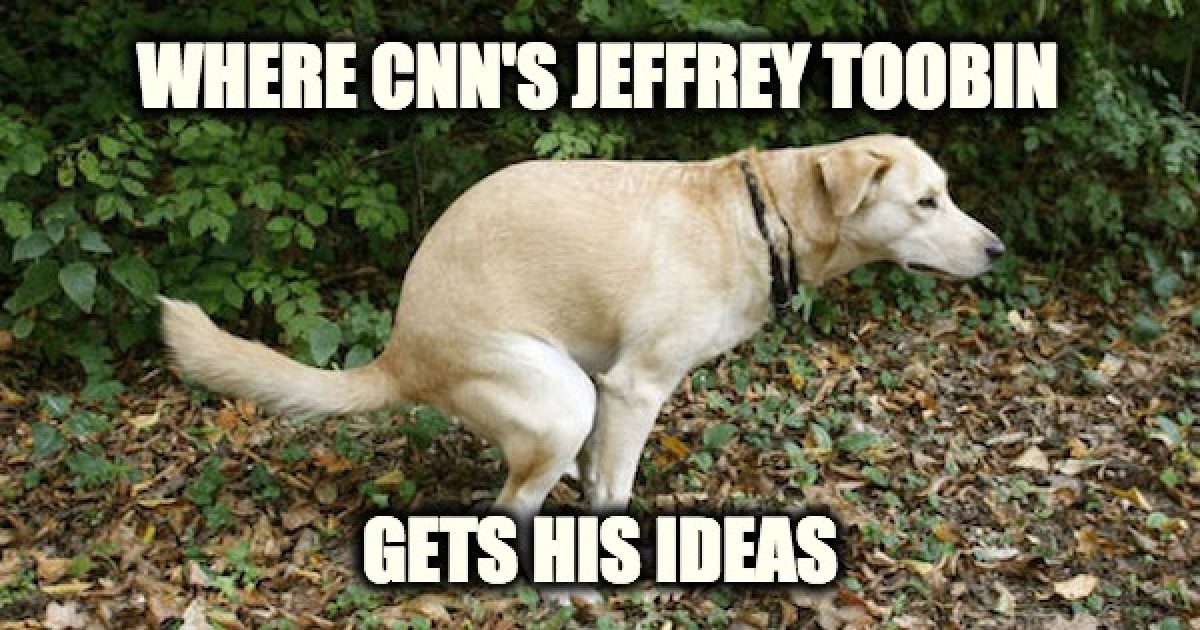 On Tuesday, CNN propagandist Jeffrey Toobin spread a demonstrably fake claim that the far-left terror group Antifa is “widely perceived as an African-American organization” and went so far as to say that any criticism of the group is based on President Donald Trump’s “appeal to racism.”

“Let’s be clear also about what’s going on here, the theme here is ‘I’m Donald Trump, and I’ll protect you from the scary black people,’” he said. “Antifa is widely perceived as an African-American organization, and this is just part of the same story of LeBron James and Don Lemon and Maxine Waters and the NFL players and the UCLA basketball players.”

Writing at the Daily Wire, Ryan Saavedra observed that while Antifa activists generally wear black, the group is hardly considered to be African-American.

In fact, he said, “video from a CNN special report suggests that Antifa is overwhelmingly comprised of young, white people.”

And, he added, “reports from CNN, The Washington Post, and USA Today makes no mention of Antifa being a black group at all.”

So where did Toobin get this bit of fake news?  We can speculate, but won’t do so here, given that this is a family-friendly site…  We’ll leave that to your imagination.

At least 90% in the videos. Maybe higher.

Hey Jeffrey Toobin (at @CNN), ANTIFA is NOT a black organization.

When a bunch of white THUGS put on black colored clothes and masks, it does not suddenly make them an African American organization.

Can you find even one black person in the pic?

YOU are the RACIST Toobin! pic.twitter.com/MasCG4R2IR

Proof mainstream media is out they damn mind pic.twitter.com/zZRulv6kaA

Incidents like this, by the way, are the reason why CNN has been dubbed the least-trusted name in network news.