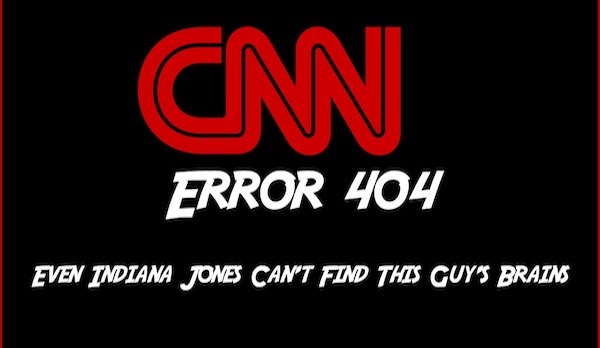 Sometimes you have to feel bad for CNN’s Don Lemon from what I hear he’s not a bad person. But viewers can’t really tell if he is purposely being biased or just that he is a few cans short of a six-pack, if his brain was a computer he’d constantly be showing an error 404 message. When he isn’t saying something unintentionally outlandish, he is skewing the news.

During the presidential race Lemon cut off Kurt Schlichter’s microphone because the columnist accused Hillary Clinton of enabling hubby Bubba’s misogyny. Lemon thought that Schlichter’s comments were evidence of his guest’s misogyny. But during a live New Year’s Eve broadcast Lemon blurted to  Kathy Griffin that she had a “Nice Rack.” When the sensitive Lemon interviewed a guest who claims to be one of Bill Cosby’s victims, Lemon asked her why she didn’t bite Cosby– use her teeth “as a weapon” when he forced her to perform oral sex.

Not all of Lemon’s miscues are misogynistic, for example he once accused the right of making Al Sharpton a bogeyman. Sharpton incited two anti-Semitic riots in NYC, one could legitimately say that Al Sharpton made Al Sharpton a bogeyman. When some adult lefties beat up a Donald Trump supporter, Lemon didn’t blame the perpetrators rather he said their action was based on “bad parenting.”

Lemon’s latest incident of stupidity was in reference to the Jeff Sessions/Russia incident. Some (like yours truly)  say that Loretta Lynch’s secret meeting with Bubba Clinton during the FBI investigation of Hillary’s emails was much worse than Sessions’ mistake during a senate hearing. According to Lemon, AG Loretta Lynch recused herself, which is not even close to being true.

As reported by Joe Newby in Conservative Firing Line:

“Loretta Lynch, she did say she wouldn’t be involved in the decisions, but didn’t completely remove herself from the investigation, which could be an example of why [the Trump White House] potentially need to do it differently this time.”

Lemon either trying to cover up for the Democrat, participating in the liberal ad hominem attacks on President Trump and his administration, or struggling to deal with that cranial “Error 404” message, because he still appeared not to understand his major mistake.

“Yeah, I may have misspoken. I meant Bill Clinton on the tarmac,” Lemon said.

He didn’t mis-speak the supposed newsman was dead wrong!

On June 27th, 2016 Lynch met with former President Bubba Clinton on her private airplane which was sitting on the tarmac of the Phoenix Sky Harbor International Airport.The American public might not have learned about the meeting if it weren’t for local Phoenix reporter Christopher Sign spotting Clinton exiting his own jet. Interestingly Mr. Sign also reported that the FBI tried to keep the meeting secret. “The FBI there on the tarmac instructing everybody around ‘no photos, no pictures, no cell phones,’”

Unlike what Jeff Sessions did yesterday, AG Lynch never recused herself from the Hillary Clinton investigation she only said that she would accept whatever the FBI decided. Soon after Lynch’s meeting with the former President, the FBI and Justice Department agreed no charges should be brought against former Secretary of State Hillary Clinton.

Observers wonder why President Trump seems to have CNN in his sights. Perhaps it’s because of anchors like Don Lemon who are either too biased or too stupid to report the news correctly.

Richard Grenell Says He’s Going To Step Down As Ambassador To Germany
May 25th, 2020 Flag And Cross

FBI Moves On Dianne Feinstein- Orders Her To Hand Over Documents On Her Husband’s Stock Trades
May 23rd, 2020 DC Dirty Laundry 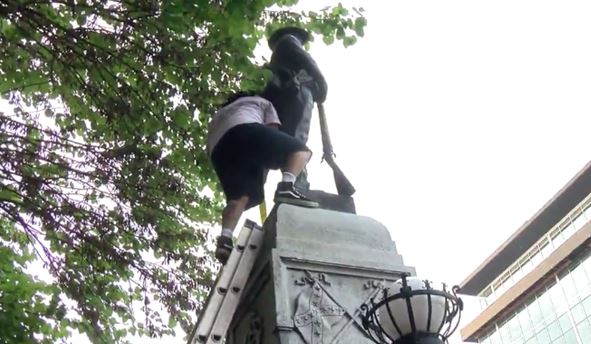 NYT celebrates Memorial Day by equating U.S. military to KKK
May 25th, 2020 Liberty Unyielding
Thanks for sharing!
We invite you to become a Lid insider. Sign up for our free email newsletter, and we'll make sure to keep you in the loop.
Send this to a friend