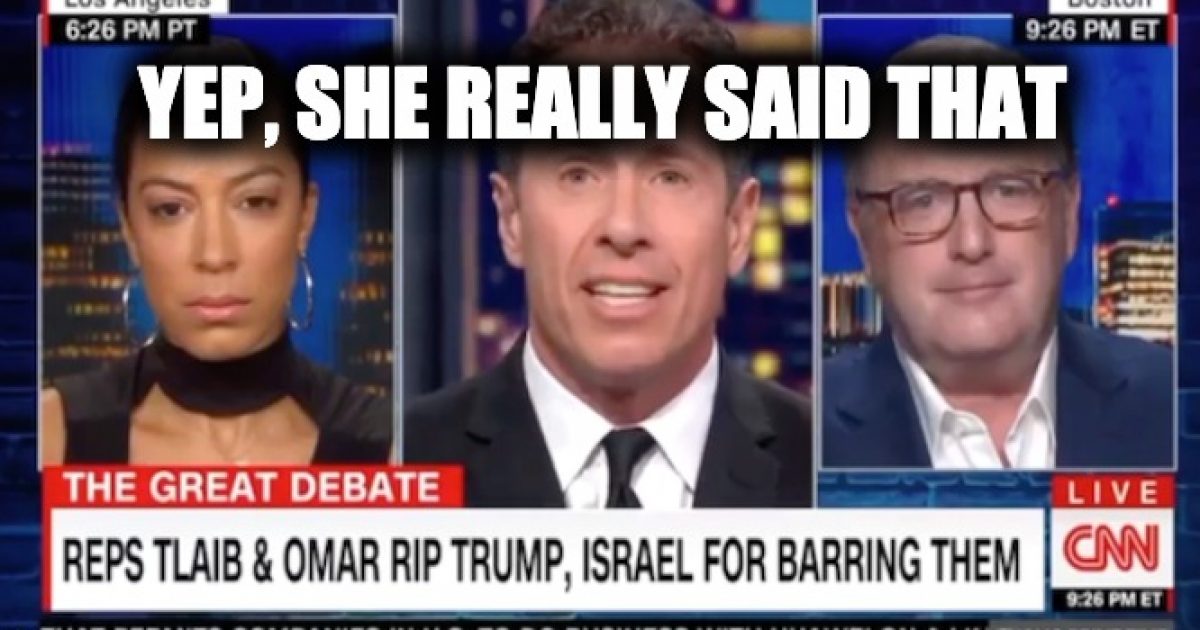 OH GREAT! First, they call me a racist, now I am a terrorist threat.

CNN political commentator Angela Rye went off on a Republican strategist who dared to criticize Democrat Reps. Rashida Tlaib and Ilhan Omar, saying “white men who think like you” are the “greatest terrorist threat in this country.”

Rye took exception to the fact that GOP campaign veteran Patrick Griffin described the ‘Squad’ as having ‘hijacked’ the Democrat party. ‘Hijacked’ being a common phrase for people who have indeed ‘hijacked’ a party.

Griffin noted that President Trump should capitalize on the fact that Tlaib (D-MI) and Omar (D-MN) are vehemently anti-Semitic and have trashed America’s ally in Israel time and time again.

He explained that they, along with other Squad members Ayanna Pressley (D-MA) and Alexandria Ocasio-Cortez (D-NY) have “hijacked” the Democratic Party right out from under House Speaker Nancy Pelosi.

Rye, a typical leftist whose go-to argument is always about identity politics, demographics, and skin color, claimed Griffin was trying to incite violence by linking the two Muslim congresswomen to hijacking.

“It’s so interesting that you use the term — the only two Muslim women in Congress, the term you chose to use, sir, is ‘hijacking,’” Rye asserted.

Of course, that assertion makes no sense when the other half of the communist group – AOC and Pressley – are not Muslim.

Rye refused to concede that her judgment had been clouded by ignorance and revealed the real reason she was defending the Squad – because white men who oppose them are, naturally, terrorists.

Wait does that make me a racist AND a terrorist?

Is there anyone more obviously full of hate and rage and racism than Angela Rye?

It’s pretty astounding to watch this exchange go down on Chris Cuomo’s show. The man was triggered by a spot-on comparison of himself to a weak, fictional character in Fredo, but he’s perfectly content listening to Rye say all non-liberal white men are terrorists.

It could be all of these things.

Or, perhaps it’s just a more straightforward explanation when you get down to it – Rye is a race-baiting, attention-seeking, dime-a-dozen ignoramus propped up by CNN. And that’s not because of the color of her skin, it’s because what comes out of her mouth.

Below is a video of Angela Rye’s strange rant.