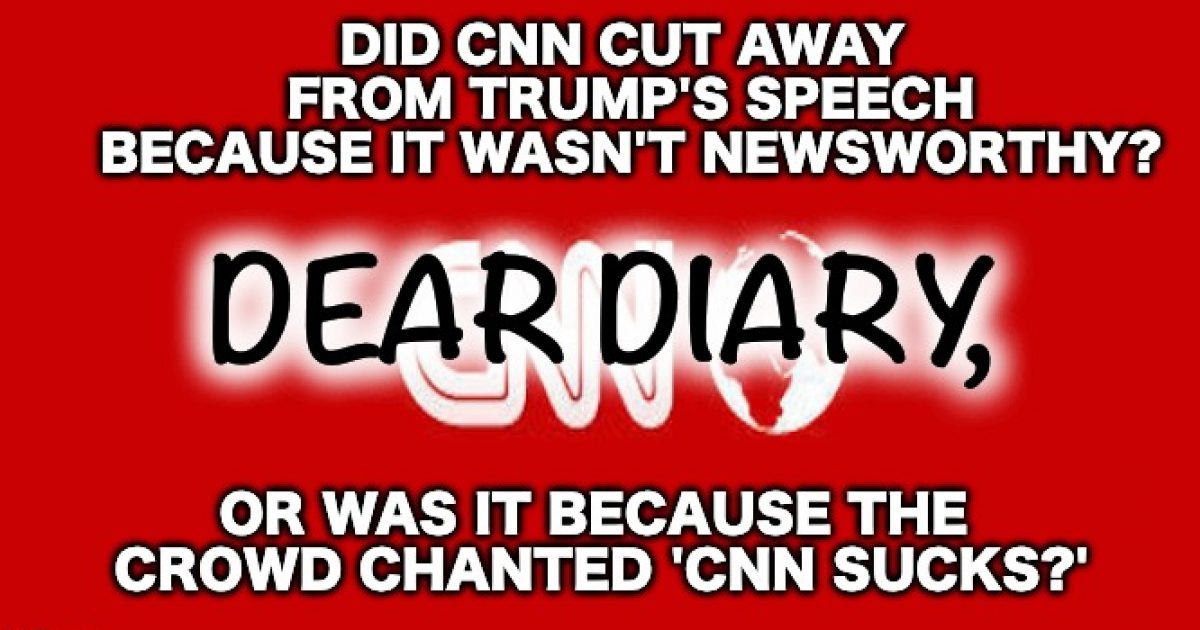 Whether you liked President Trump or not, the coverage of last night’s announcement that he was running for a second term was just another example of media bias.  This was big news that should have been covered from end to end by the all-news networks. But only one of the big three news networks included the full speech, Fox. MSNBC didn’t cover it at all, and CNN only covered the first six minutes.

Our President is speaking In Florida, but you can't watch it on CNN or MSNBC. They are so afraid of hearing his message they just blocked him out. FOX has it.

Chuck may be right about CNN, or they may have cut out for a different reason, their feelings were hurt.

A few minutes into his speech, Trump brought up the 2016 presidential election describing it as “a defining moment in American history.”

“The fact is the American Dream is back. It’s bigger and better, and stronger than ever, before. 2016 was not merely another four-year election. This was a defining moment in American history. Ask them right there,” President Trump pointed to the press.

That was when the press broke out in chants of “CNN SUCKS!”

“By the way, that is a lot of fake news back there,” Trump added after the chant. “That’s a lot. You know what I say, the amount of press we have tonight reminds me of the Academy Awards before it went political and their ratings went down the tubes.”

But then, CNN viewers were left in the lurch as the network left the president’s speech. Which raised the question

You cut off coverage of the Presidential announcement after only 6 minutes. Did you think it wasn't news, or was it due to the crowd chanting "CNN Sucks?" If it was the latter then I would like to use a quote associated with your narcissistic WH reporter @acosta "Dear Diary"

As CNN cut off their coverage, possibly to write a diary entry,  the vast crowd was having a great time as were the people watching at home.

Shouts of “Sarah, Sarah, Sarah,” broke out. Notice they didn’t add the “sucks” like they did with CNN. That’s because Sanders serves the people, and CNN serves its own version of the truth and its own ego.

And the night generated excitement across America. In fact, Trump raised more money than any Democrat candidate, he brought in an astonishing $25 million in donations.