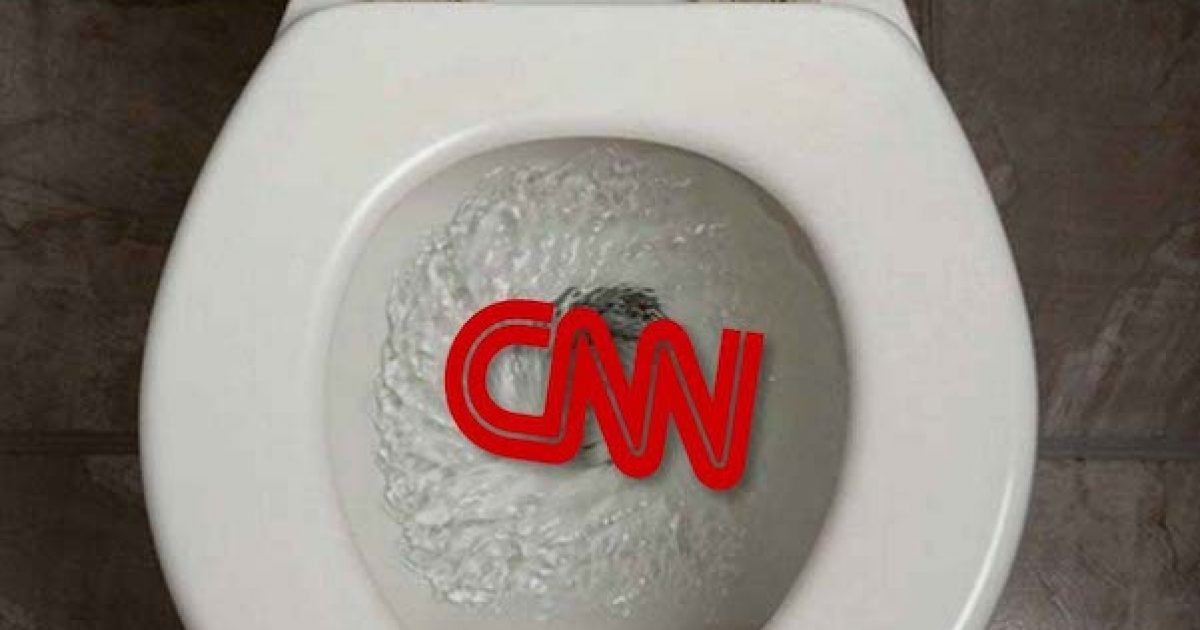 The Trump Presidency has kept its promise to make America great again. The economy is humming, the military is rebuilt, we are no longer bowing down to our enemies… so much. America is even getting unexpected good results from Donald Trump being in the oval office, the ratings of CNN, formerly known as the Clinton News Network, have hit the skids ever since he was elected president. CNN ratings slump

Much of this ratings dive is thanks to more of the American people insisting on finding the truth as opposed to blindly following wherever the mainstream media leads.  Trump himself has been a significant leader of this movement, often going out of his way to address the falsehoods that we find ourselves inundated with from the leftist media.

One of the President’s most frequent targets is CNN, with the Commander in Chief often blasting the network as “fake news.”  For their part, CNN’s antics have done little to shore up confidence in their journalistic integrity, especially considering their White House correspondent Jim Acosta. Acosta not only creates his own false version of the news but also finds a way to inject himself into the story. For example, there was the time Acosta refused to hand a microphone to a WH assistant who was getting it at the President’s direction, asking inappropriate questions at the worst time, or even shouting questions from the back of the room when other reporters have been recognized.

From a Breitbart opinion piece by John Nolte:

Far-left CNN, an anti-Trump, pro-violence, racist, fake news outlet that traffics in conspiracy theories, collapsed to a three-year low in the ratings during the week of November 25.

While Congress is impeaching the president.

And don’t you dare fall for the fake spin and blame Thanksgiving. Fox News increased its primetime audience by six percent when compared to this same week last year. MSNBC lost about 35 percent of its audience but didn’t hit no three-year low, pal.

CNN not only hit a three-year low, the Least Trusted Name in News fell to 18th place during primetime. Fox came in third. MSNBC came in fourth.

Did I mention CNNLOL came in 18th?

Three years? Now, who was elected president three years ago? Coincidence? I don’t think so.

This isn’t just bad for the mainstream media titans who’ve fallen from their self-constructed Mount Olympus. This is an indication that the entire impeachment fiasco is failing as well. CNN was a chief pusher of the Russia Hoax, and now a major cheerleader of the Ukraine ruse. To CNN’s surprise, most Americans aren’t as stupid as they think.

Parts of this post was first seen at Liberty Hub.