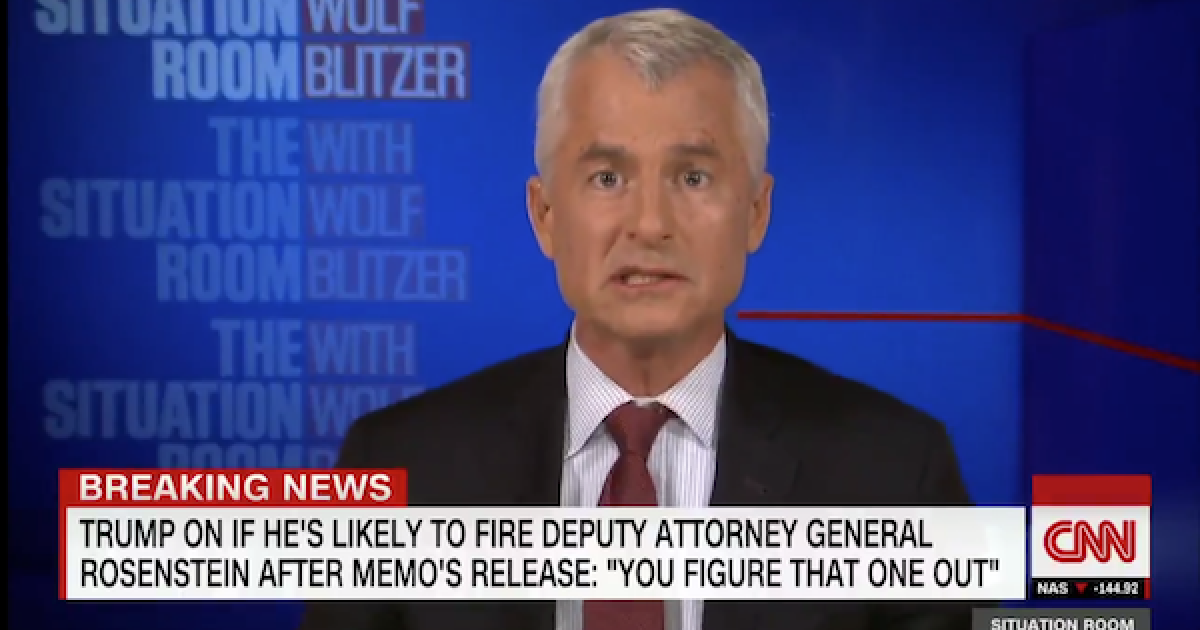 The “journalists” at CNN engage in a lot of unpatriotic wishful thinking that involves Donald Trump, none more so than the appropriately named Phil Mudd. Six months ago he predicted the intelligence community was going to kill Pres. Trump. Now without mentioning his August prediction, he says the rank and file FBI is angry about Friday’s memo release and are not going to take things sitting down.

Last August, Mudd — whose credentials include having served as deputy director of the CIA’s Counterterrorist Center and the FBI’s National Security Branch — teased the tantalizing idea that the intelligence community was going to assassinate Trump for his disloyalty to them:

The government’s going to kill this guy. He defends Vladimir Putin. There are State Department and CIA officers coming home, and at Langley and at Foggy Bottom, CIA and State, they’re saying, “This is how you defend us?”


On Friday after the release of the Nunes FISA memo, Mudd was at it again. Insinuating that the president released the memo in the hopes of derailing the Mueller investigation (Mudd once worked under Mueller), he said the “boots” at the FBI (as opposed to the “suits”) weren’t going to take this sitting down:

The workforce is going to look at this and say this is an attack on our ability to conduct an investigation with integrity. There’s hundreds of agents and analysts working on this investigation. It’s not just Christopher Wray, the FBI director.

So the FBI people, I’m going to tell you, are ticked. And they’re going to be saying — I guarantee it — ‘if you think you can push us off this because you can try to intimidate the director, you’d better think again, Mr. President. You’ve been around for 13 months. We’ve been around since 1908. I know how this game is going to be played. We’re going to win.’

Former CIA counterterrorism official Phil Mudd: The FBI people “are ticked” and they’ll be saying of Trump, “You’ve been around for 13 months. We’ve been around since 1908. I know how this game is going to be played. We’re going to win” https://t.co/5x39x20g3epic.twitter.com/fByOLNrh0I

Pretty remarkable stuff coming from a network that insists the “Deep State” is a figment of conservatives’ imaginations.