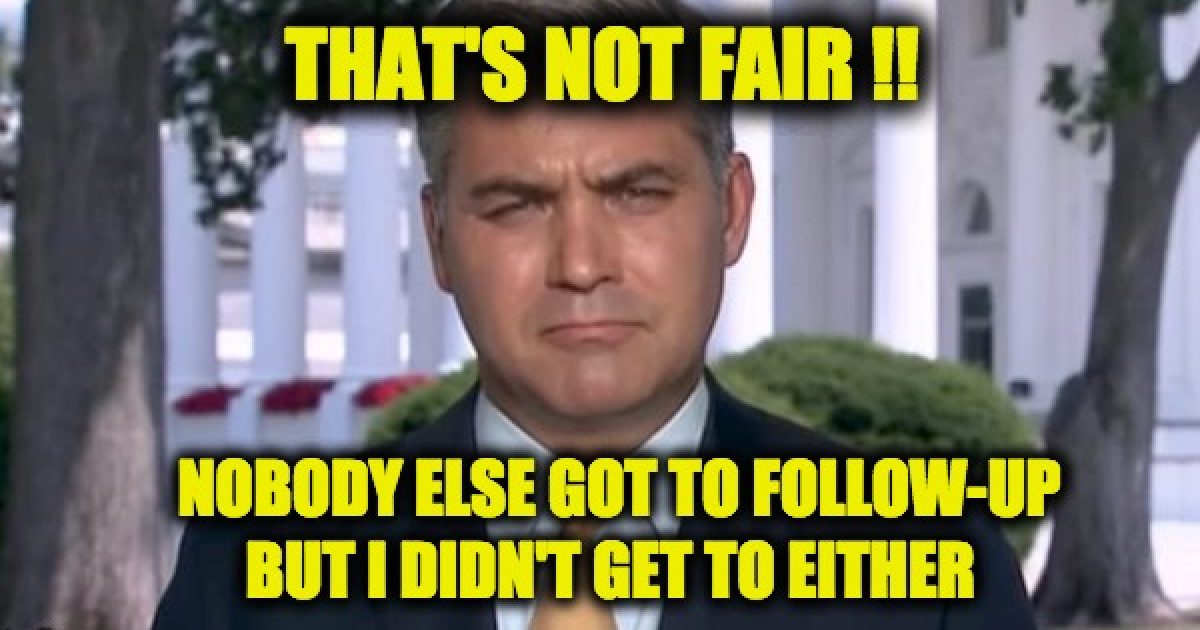 There’s certainly no love lost between the White House and CNN reporter Jim Acosta. Their rivalry typically consists of the president mocking the reporter as a provider of “fake news” while Acosta dutifully behaves in a manner that proves Trump right. Which is more akin to a rivalry between a hammer and a nail, come to think of it.

But Acosta has put that aside and revealed the one positive he can think of when it comes to the president.

A fan in the crowd at a recent rally in Nashville caught up with Acosta and turned the tables a bit by interviewing him.

“I’m here with Jim Acosta from CNN,” announces Greg Aselbekian in the video that follows. “I’m just wondering, Jim — can you name one thing you like — truly like — about the Trump presidency?”

So is Acosta most impressed with the roaring economy? The tax breaks? The demolition of ISIS? Pairing down government regulations?  Reinvigorating the American economy? Signing the ‘Right to Try’ legislation?

Nope. “The Trump presidency,” Acosta confides, is “good for news!”

At the Trump rally, I had the opportunity to meet CNN’s Jim Acosta. I asked him a question worthy of filming. Of course he gave me a CNN-like answer!

“I believe he revealed the truth — that the constant bashing of Trump is just for news and their ratings,” he told the Daily Caller. “It’s truly sad!”

Essentially, the man they continuously look down on as nothing more than a reality TV star is loved, paradoxically, for his entertainment value for the network.

Which is not to say there wasn’t plenty of news — scandals and other outrages — that could have been covered the previous eight years under Barack Obama, but CNN didn’t seem very interested in what was exciting news back then.

But on the bright side, at least Jim Acosta didn’t start whining like he does during Sarah Huckabee Sanders’ press briefings.