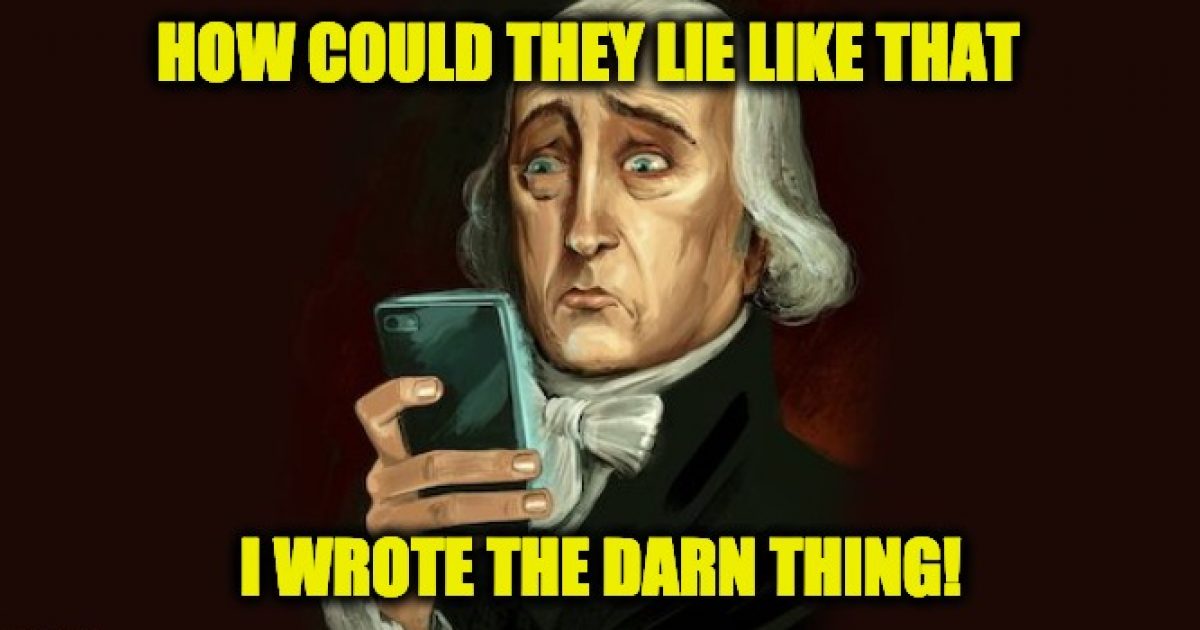 In a clear effort to spread propaganda designed to help Democrats in their war against the Constitution and the Electoral College, CNN, the cable outlet dubbed the “least-trusted” name in network news, re-wrote history and told a blatant lie about the Electoral College.

The Electoral College has been debated since the days of James Madison, who called it "evil."

According to Avlon, the Founding Father who “basically created the Electoral College,” really thought it was “evil.”

There’s only one problem.

CNN misquoted Madison and took him out of context to do it.

Huh? Madison basically created the Electoral College. What he called "evil" was Thomas Jefferson's habit of using slave populations as a way to "weight" electoral vote allocations, and his trading favors for "winner-take-all" results that benefited him. https://t.co/8c5ornXWrK

This is #fakenews from @CNN, and an absurd distortion of a Madison quote. He didn't call the EC "evil," he was talking about elections thrown to the House which awards 2 votes to states of every size. (This is the contingency for when a vote ISN'T decided by the EC). https://t.co/LTvybKmejw

Yep, I was right. Madison wasn't referring to the *Electoral College* as "evil," he was calling the eventual certification by the House "evil," and he was using the word in the old-timey definition of harm or risk pic.twitter.com/2Ptsw57CEW

In the same letter he endorses an amendment to maintain the electoral college, but by *district* rather than state. Pretty far-flung from “evil.” https://t.co/G0mnNLgAf1 pic.twitter.com/6A7oGgduRq

So no, Madison did not think the Electoral College is evil. What IS evil, is CNN’s blatant attempt to make viewers think otherwise using a bald-faced lie.

JFC. This is why we need Civics classes back in schools.

You are misquoting Madison, you know. He was talking about Slavery. Besides, there is no way a full number of 38 states will agree, so just give it up..

When it comes to getting the quote right: pic.twitter.com/UYxma1fzgK

Who checks the reality checkers?

The number of flat out lies you sell your dimwitted audience is incredible.

This is an absolute lie. @CNN doesn’t even care that they are lying anymore, and their 13 or 14 viewers can’t tell the difference.

This is CNN and they  lie on purpose,