Alan Dershowitz: ‘CNN Banned Me’ For Being Fair About Mueller Investigation 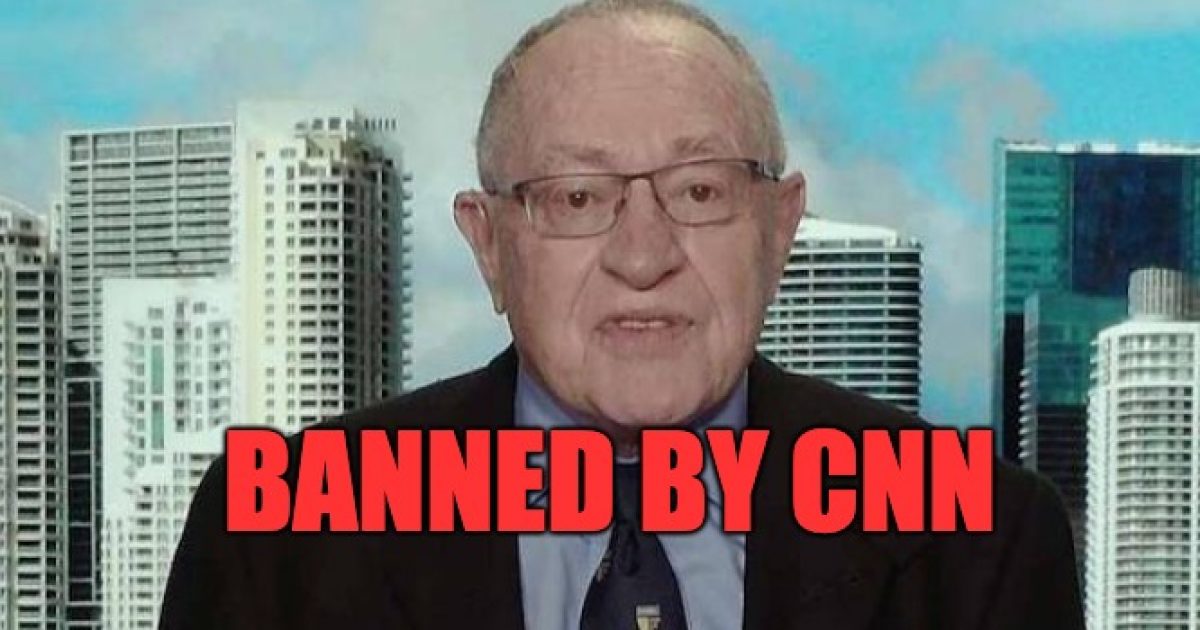 Sit down before you read this, swallow any food in your mouth because you are about to be shocked…NOT!  After all, who will believe an accusation of CNN being biased (actually, anyone with I.Q scores more than 17 will believe it).

Respected attorney and former Harvard law professor Alan Dershowitz says CNN ‘banned’ him for being fair about the Mueller investigation.

Alan Dershowitz wants CNN to "issue an apology" because they won't book him on TV anymore. pic.twitter.com/q8bDrN9o3A

Alan Dershowitz made the explosive claim on Martha MacCallum’s show, The Story” on Monday as the two discussed the findings of the Mueller report issued by AG William Barr over the weekend.

“I have been right from day one, and almost all the other pundits and professors have just been dead wrong.

“CNN wouldn’t have me on the air because they want a one-sided presentation, and everybody who watches CNN was shocked by the conclusions… no one who watches me was shocked.”

He continued by blasting CNN for its Mueller coverage:

Fox is prepared to present all sides of the issue I’m a liberal Democrat who voted for Hillary Clinton, but you have me on the air. CNN wouldn’t have me on the air because they only want a one-sided presentation. And everybody who watched CNN was shocked by the conclusions of the attorney general. Nobody who watched me was shocked because I’ve been predicting this from day one.

Dershowitz used to appear on MSNBC, CNN, as well as Fox, but during the Russiagate hoax investigation, he disappointed the first two networks because the life-long Liberal Democrat, was honest in giving his legal opinion rather than following the party line. Actually, those who have seen Dershowitz comment on the political doings of the day should be surprised at his stance on Russiagate.  The attorney is not a fan of weaponizing the legal system, and he believed that’s what the Russia investigation was, using the legal system to injure Trump.

Fox says they asked CNN for a response but haven’t gotten one as of yet.