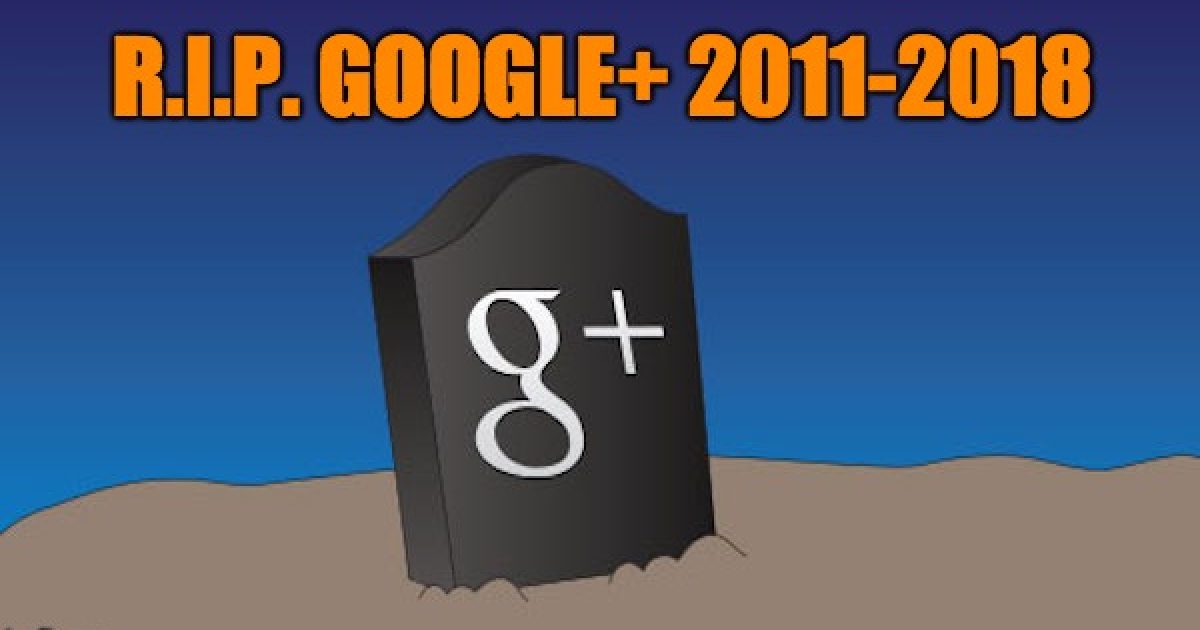 Google is killing Google+ following a disclosure on Monday that the private data of hundreds of thousands of users on the social network were potentially exposed because of a bug that Google kept quiet. They aren’t closing the social media platform because of the data breach, but because it never really took off.

Per the Wall Street Journal which broke the story:

Google exposed the private data of hundreds of thousands of users of the Google+ social network and then opted not to disclose the issue this past spring, in part because of fears that doing so would draw regulatory scrutiny and cause reputational damage, according to people briefed on the incident and documents reviewed by The Wall Street Journal.

As part of its response to the incident, the Alphabet Inc. unit announced a sweeping set of data privacy measures that include permanently shutting down all consumer functionality of Google+. Monday’s move effectively puts the final nail in the coffin of a product that was launched in 2011 to challenge Facebook Inc. and is widely seen as one of Google’s biggest failures.

Gee it was supposed to replace Facebook? They didn’t tell us that either.

A software glitch in the social site gave outside developers potential access to private Google+ profile data between 2015 and March 2018, when internal investigators discovered and fixed the issue, according to the documents and people briefed on the incident. A memo reviewed by the Journal prepared by Google’s legal and policy staff and shared with senior executives warned that disclosing the incident would likely trigger “immediate regulatory interest” and invite comparisons to Facebook’s leak of user information to data firm Cambridge Analytica.

Chief Executive Sundar Pichai was briefed on the plan not to notify users after an internal committee had reached that decision, the people said.

How stupid are they! They decided not to tell us because they were afraid the feds would get involved. What do they think is going to happen now that those with “regulatory interest,” know about the issue AND that Google decided to keep it a secret. BTW guess who is supposed to meet with senior GOP leaders shortly. That’s correct Google Chief Executive Sundar Pichai. How I would love to be in that meeting.

In March of this year, Google discovered that Google+ also permitted developers to retrieve the data of some users who never intended to share it publicly, according to the memo and two people briefed on the matter. Because of a bug in the API, developers could collect the profile data of their users’ friends even if that data was explicitly marked nonpublic in Google’s privacy settings, the people said.

During a two-week period in late March, Google ran tests to determine the impact of the bug, one of the people said. It found 496,951 users who had shared private profile data with a friend could have had that data accessed by an outside developer, the person said. Some of the individuals whose data was exposed to potential misuse included paying users of G Suite, a set of productivity tools including Google Docs and Drive, the person said. G Suite customers include businesses, schools, and governments.

Because the company kept a limited set of activity logs, it was unable to determine which users were affected and what types of data may potentially have been improperly collected, the two people briefed on the matter said. The bug existed since 2015, and it is unclear whether a larger number of users may have been affected over that time.

Apparently, that’s the real reason Google didn’t announce the breach, they couldn’t figure out how many people were affected and what to do about it. One of the largest technology companies in the world, which is continuously making new internet advancements, but when a crisis hits they trip over their own underwear.

I guarantee some lawyers are finding out about google’s non-disclosure and salivating about the class-action lawsuits they are going to file. This is going to hurt.