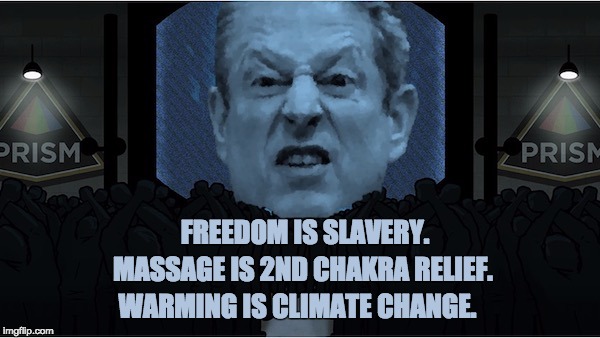 If there’s one thing the Left is passionate about, it is coming with nicer sounding versions of terms they no longer like. When one of their neologisms turns out to be incorrect or inadequate, they busy themselves with finding a new one that hides the truth. It’s almost if the liberals are trying to replicate “NewSpeak” from Orwell’s 1984.

The early days of the Obama presidency saw then-Attorney General Janet Napolitano announced that acts of terrorism would henceforth be referred to as “man-caused disasters,” unless of course, they occurred on a U.S. military base. Those were called “workplace disasters.”  President Obama also changed taxes to “revenue enhancements,” and government spending to”investments.”

A few years back, Rep. Sheila Jackson Lee  (D-Texas) proposed doing away with the loaded term welfare. Her recommended replacement was the transitional living fund. And we all lived through Illegal Aliens becoming Undocumented Immigrants (they rejected The Lid’s suggestion Criminally Trespassing Aliens). Undocumented Aliens is just plain stupid unless they start calling kidnappers undocumented parents and murderers undocumented executioners.

Another good example of liberal newspeak came in 2016 when Assistant Attorney General Karol Mason suggested getting rid of the terms juvenile delinquent and youth offender, both used to describe minors in trouble with the law. Mason proposed calling these little darlings “justice-involved youth” instead of something more realistic like future occupants of death row.

Newspeak has also been a popular practice with the supporters of the climate change hypothesis.  That old standard, climate change is about to go the way of the older standard global warming. Climate change became the preferred replacement for what liberals had been calling global warming when it was revealed that the climate models weren’t as effective as sticking one’s head out the window and finding out that wasn’t getting any warmer.

Now, however, it appears that climate change is getting the 1984 newspeak treatment.  As the adult-sounding alternative term for the terms, “the sky is falling, we are all going to die and/or we are going to drown because the oceans are rising,” climate change is about to be retired for the far more descriptive phrase “weather extremes”

According to the liberal British newspaper,  The Guardian, the USDA has begun censoring its staff’s use of term, climate change.

A series of emails obtained by the Guardian between staff at the Natural Resources Conservation Service (NRCS), a USDA unit that oversees farmers’ land conservation, show that the incoming Trump administration has had a stark impact on the language used by some federal employees around climate change.

Of course, the real issue is that the next study that proves that there is any relation between CO2 in our atmosphere and extreme weather will also be the first study that proves it.  You name it, hurricanes, tornadoes, droughts, wildfires, polar vortexes, the fact that it starts raining whenever you wash your car or leave your umbrella home, THERE HAS BEEN NO PEER-REVIEWED STUDY showing a relationship between weather extremes and the CO2 in our atmosphere.

The Guardian article also helpfully notes that the phrase reduce greenhouse gases is about to kick the bucket in favor of “build soil organic matter, increase nutrient use efficiency.” Shouldn’t they have also mentioned preventing cows (and my brother) from creating methane?

There is a suggestion in the piece that these changes were made in a desire to be in conformity with the Trump administration, which does not consider climate change — oops, weather extremes — to be a top priority.

Parts of this post were originally seen at Liberty Unyielding.