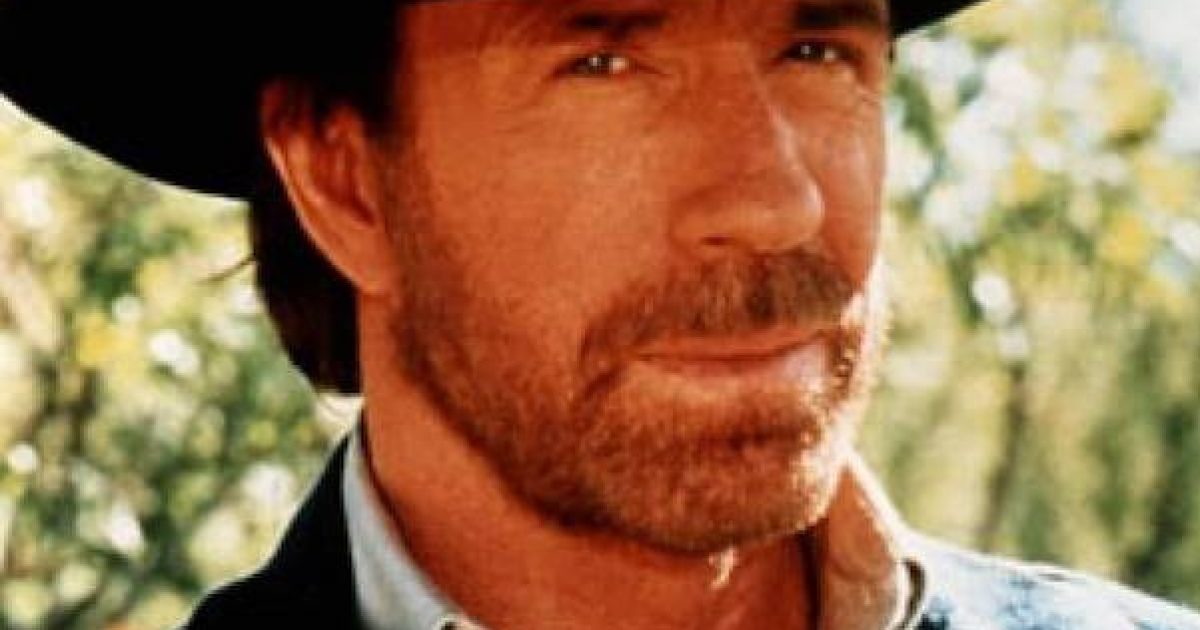 One doesn’t mess with Chuck Norris. He was once bitten by a poisonous cobra, but after five days of agonizing pain, the cobra finally died. They once made a “Chuck Norris” brand toilet paper, but it didn’t sell because it wouldn’t take shit from anybody.. Archeologists unearthed an old English dictionary dating back to the year 1236. It defined “victim” as “one who has encountered Chuck Norris.”

The man who during WWII shot down a German fighter plane by pointing his finger and saying, “Bang” has endorsed an idea Ted Cruz came up to fund the border wall. Instead of having Mexico pay for the wall, make one Mexican, El Chapo pay for most of the wall.

Cruz first introduced the legislation in 2017 and reintroduced it last week. It’s called  “Ensuring Lawful Collection of Hidden Assets to Provide Order (EL CHAPO) Act.: The bill would reserve any amounts forfeited to the U.S. Government as a result of the criminal prosecution of “El Chapo” (formally named Joaquin Archivaldo Guzman Lorea) and other drug lords for border security assets and the completion of the wall along the U.S.-Mexico border.

Chuck Norris has drawn attention the of legislation and why not? One of the reasons for building the wall is to stop drugs from coming over our southern border. Why not make the drug kingpins who have caused so much pain in this country pay for the barrier:

On Sunday, Norris penned a piece for WND, formerly known as World Net Daily. In the piece, headlined “An incredible solution to building the border wall,” Norris backs a proposal to have Mexico’s biggest drug lord fund construction of a barrier on the U.S.-Mexico border.

“I have written many articles over the years, but I have never written an article more important than this one. While Democrat and Republican leaders in Washington are polarized and in gridlock over how to pay for a wall on the U.S. southern border with Mexico, U.S. Sen. Ted Cruz (R-Tex.) is a Lone Ranger with a Tonto-sized idea riding into town to get the job done in a way that would cost taxpayers nothing at all,” he writes.

This is a great idea, and I am not just saying it because when Chuck Norris does a pushup, he isn’t lifting himself up, he’s pushing the Earth down.

“Ensuring the safety and security of Texans is one of my top priorities. Indeed, I have long called for building a wall as a necessary step in defending our border. Fourteen billion dollars will go a long way to secure our southern border, and hinder the illegal flow of drugs, weapons, and individuals. By leveraging any criminally forfeited assets of El Chapo and other murderous drug lords, we can offset the cost of securing our border and make meaningful progress toward delivering on the promises made to the American people.”

When drug dealers get busted, the local law enforcement agencies frequently add cars, SUVs, airplanes, and boats to their patrols. Don’t see why the US couldn’t take Chapo’s money and put it to really good use.

In his article, Chuck Norris urges everyone to urge their congressmen and senator to support Ted Cruz’s El Chapo bill.  Before you decide to listen to Norris or not, remember:

A copy of the proposed bill follows: