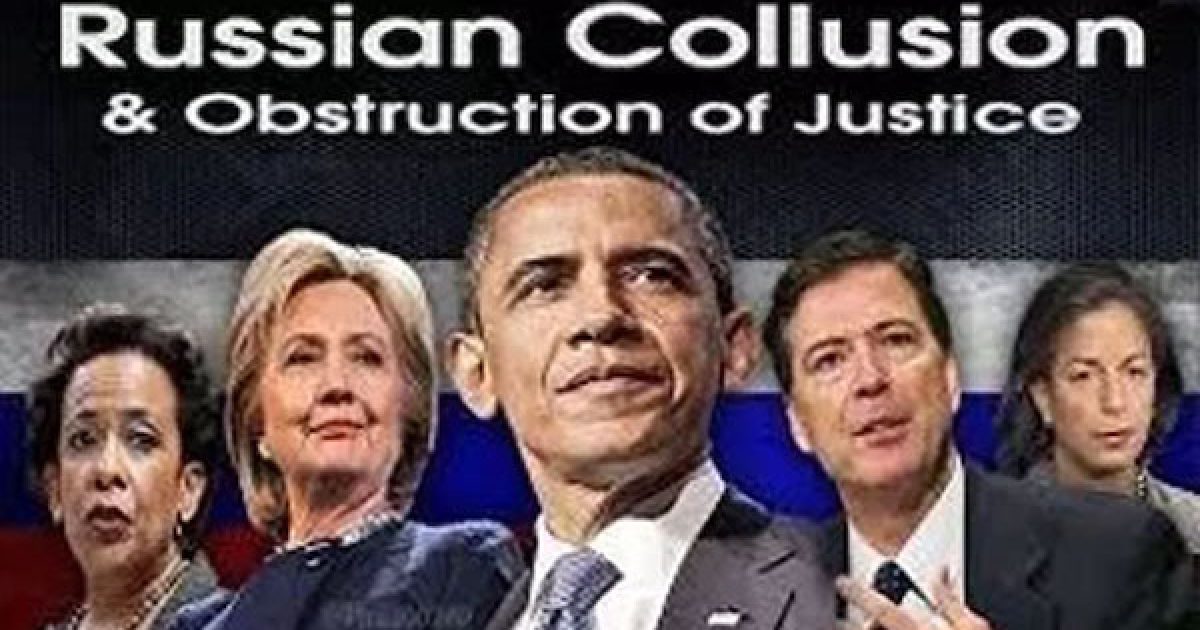 Christopher Steele told a State Department official a former Russian spy chief Vyacheslav Trubnikov and a top Kremlin adviser Vladislav Surkov were involved in an operation to collect compromising information on Donald Trump. This is proof positive the Trump dossier was nothing more than Russian propaganda, a product of Democratic Party and Clinton Campaign collision, and lies the Obama Administration and FBI used to secure illegal FISA warrants.

I do wonder, at what point did the FBI realize that the Steele dossier itself was actually Russian disinformation? Before or after they used it as evidence to obtain a warrant to spy on an American citizen?https://t.co/mZGTy6h26f

The references to Trubnikov and Surkov, which have not previously been reported, are not definitive proof that either were sources for Steele’s dossier or that they were involved in an effort to collect blackmail material on Trump.

But the notes are significant because they are the first government documents that show Steele discussing potential sources for the information in his dossier, which the former MI6 officer provided to the FBI.

Trubnikov also has links to Stefan Halper, an FBI informant who collected information from Trump campaign aides George Papadopoulos and Carter Page. Halper arranged for Trubnikov to visit intelligence seminars at the University of Cambridge in 2012 and 2015. He also tapped Trubnikov to contribute to a Pentagon study published in 2015.

Kavalec took the notes during an Oct. 11, 2016, meeting with Steele at State Department headquarters

So the Democrats were paying for information from confirmed agents of the Russian government which the Obama regime didn’t seem to have a problem with.

No one was at all concerned that Russia was trying to undermine a presidential candidate with blatant disinformation. Just another reason it’s so apparent that President Trump wasn’t in bed with the Russians. But whether intentionally or not the Clinton Campaign, Obama’s FBI, and the Democratic Party was.