Attorney For Christine Blasey Ford: She Was Trying To Save Abortion From Kavanaugh 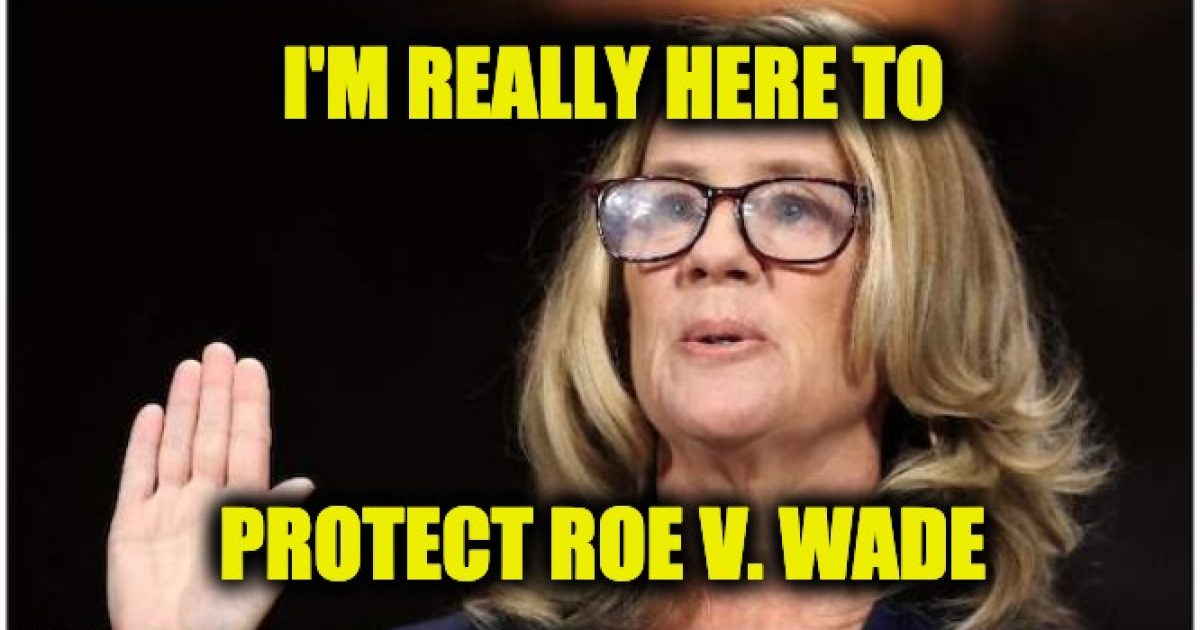 Christine Blasey Ford did not come forward to try and ruin Brett Kavanaugh’s life to do her “civic duty”  as she told the Senate Judiciary Committee. According to her attorney, she came forward to put “an asterisk” on his reputation before he could rule on Roe v. Wade.

The high-powered progressive lawyer, Debra Katz, made the remarks at the University of Baltimore’s 11th Feminist Legal Theory Conference, entitled “Applied Feminism and #MeToo.” Her comments were first quoted in the book “Search and Destroy: Inside the Campaign Against Brett Kavanaugh” by Ryan Lovelace, which Fox News has obtained.

The Daily Caller News Foundation on Wednesday posted a video of Katz’s comments (embedded below).

“In the aftermath of these hearings, I believe that Christine’s testimony brought about more good than the harm misogynist Republicans caused by allowing Kavanaugh on the court,” Katz said in the video. “He will always have an asterisk next to his name. When he takes a scalpel to Roe v. Wade, we will know who he is, we know his character, and we know what motivates him, and that is important.

“It is important that we know, and that is part of what motivated Christine.”

Since her testimony, many holes in her story were exposed, but this latest revelation from her lawyer takes the cake.

The new information would have called into question what Ford and Katz had previously said and if this was known during the confirmation hearings, the results could have been different. “I think if we knew in September what we know now, there would have been all kinds of questions at the hearing about this,” he told the news outlet, adding that he believes more scrutiny would be placed on what happened during the hearings last year.

Debra Katz’s words are confirmation of what we all suspected, Christine Blasey Ford testimony was an attempt to stop the confirmation of a good man by ruining his reputation with a fraudulent story, thus preventing Judge Kavanaugh from voting to overturn Roe v. Wade. Isn’t that perjury?

I am not a lawyer nor have I ever played one on TV, but it’s hard to believe that attorney Katz’s revelation is allowable by any Bar Association in America.  Lawyer-Client conversations are supposed to be confidential.

Now that there’s confirmation of Christine Blasey Ford’s motivation, we need to investigate whether or not Cory Booker is really Spartacus.

Watch the video of Attorny Katz’s speech below: