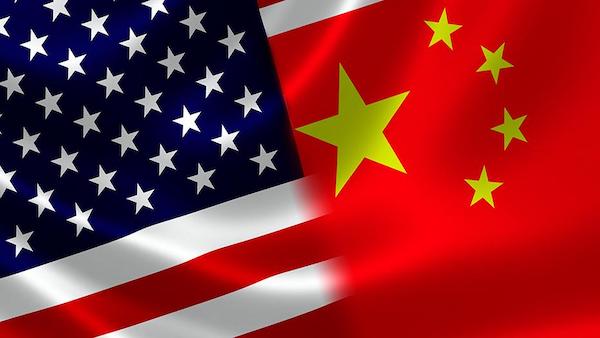 Joe Biden says that China isn’t a threat–but they’re sending spies to steal our research. That sounds like a threat.

Haizhou Hu, 34, a Chinese national who was conducting research at the University of Virginia’s Department of Mechanical and Aerospace Engineering, was arrested and charged with federal crimes after he attempted to board a flight to China with software code that he wasn’t authorized to possess.

According to the Department of Justice release, Hu faces two federal charges–“accessing a computer without authorization, or exceeding authorization to obtain information from a protected computer and theft of trade secrets.”

The code that was stolen could be used for underwater robots and aircraft engines. The bio-inspired research involved studying flying and swimming creatures in nature in order to apply that to manned flight or submersibles, often with an eye to military applications.

As described by the U.S. Attorney’s Office, Western District of Virginia:

According to court documents, investigators first became aware of Hu, who is in the United States conducting research studying bio-mimics and fluid dynamics at the University of Virginia, on August 25, 2020 when he attempted to board a flight to China at Chicago’s O’Hare International Airport. A routine screening conducted by authorities revealed that Hu was alleged to be in possession of bio-inspired research simulation software code that he was not authorized to possess, and which represented the result of years of research and resources in its development by members of the University of Virginia academic community.

On August 25, Hu was stopped at O’Hare International Airport in Chicago by U.S. Customs and Border Protection before he could board a plane to Qingdao, China.

Agent Matthew Rader, CBP officers questioned Hu and searched his electronic devices. When confronted with the UVA-research files on his laptop, Hu admitted that the research that had been developed by “Professor 1” shouldn’t have been in his possession and that the professor would be upset that he had it.

Hu had worked for “Professor 1” from March 2019 through August 2020. The professor said that Hu left the university abruptly without saying goodbye.

Investigators found 9,600 source code files using the computer language FORTRAN in Hu’s possession which the professor says were used in running simulations. The professor said that his “core code” was proprietary. The “core code” was so valuable that only three individuals had access to it–Professor 1 and two graduate students that he worked closely with. While Hu worked with Professor 1, he had asked for access to the code several times and was denied each time. Hu was found to have 55 of the core code files which the professor said, “constituted the entirety of his core code he had been developing over the last 17 years.”

“Professor 1” runs the multi-university Flow Simulations Group and had developed the code over 17 years with sponsorships from the U.S. government’s National Science Foundation and the Office of Naval Research. The code related to bio-inspired fluid mechanics research funded by the NSF.

Hu admitted to investigators that he also worked with Chinese Key Laboratory for Fluid Dynamics at Beihang University in China, which receives funding from the Chinese government as well as specifically from the Chinese air force. He also told investigators that he had worked at China’s Harbin University in the Key Laboratory for Underwater Robot Technology. When asked how the university was funded, Hu said he didn’t know, but when investigators asked if it was funded by China’s People’s Liberation Army, he replied, “Of course.”

Agent Rader said that Hu told investigators that “he was directed by the Chinese Scholarship Council to upload summary reports regarding his UVA research every 6 months,” and that he was trying to take all of his research back to China.

Wesley Hester, director of media relations for the University of Virginia told The Washington Examiner, “The University of Virginia is aware of the arrest and charges against a former visiting scholar. We have been and continue to cooperate fully with law enforcement in connection with the investigation of theft of University trade secrets. Because this remains an active and ongoing criminal investigation, we will have no further comment at this time.”

Recently, Director of National Intelligence John Ratcliffe said, “China poses a greater national security threat to the U.S. than any other nation–economically, militarily and technologically. That includes threats of election influence and interference.”

The Trump administration has been cracking down on China’s dirty dealings and they’re getting results.

And what does the former SCHMOTUS, Joe Biden think about China?