Chinese Defector Who Upended China’s COVID Lies. Is It Rumor or Fact? 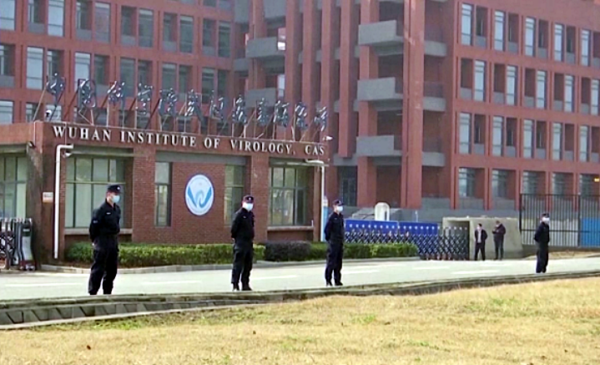 Dong Jingwei is a name that both the Biden administration and China will not soon forget. He is the highest level Chinese defector in the history of the CCP (Chinese Communist Party). And we have him. Or rather, the Defense Intelligence Agency (DIA) has him—somewhere. The report initially called this Chinese Defector a “rumor” or ‘not a game-changer.’ But if it’s just a “rumor,” then why did the Chinese delegation to the testy Alaska meeting with US officials demand his return?  Chinese defector news.

Note: Secretary of State Blinken said no, but that was because he wasn’t aware yet of Dong’s presence and cooperation with the DIA. Only the DIA knew of his presence because the agency was vetting his information.

Dong is/was a “vice-minister of State Security” (MSS) and was a counterintelligence official reportedly “close to Xi Jinping.” He made a name in China’s secret service, known as Guoanbu, and was head of counter-intelligence, or spy-catching, after being promoted to the post of vice-minister in April 2018.

There are rumours in Washington & London — nothing more substantial yet — that one of China’s top intelligence figures, Dong Jingwei, has defected to the US. If it turns out to be true, we could soon find out whether Covid really started in the Wuhan lab. And much, much more.

Apparently, Dong Jingwei defected to the United States on February 10, 2021, when he came to California via Hong Kong with his daughter. Since then, he has been working with the Defense Intelligence Agency, supplying information that is consistently blowing the lid off narratives that have surrounded everything from the Wuhan lab leak to a who’s who of people in our government who have been working with the CCP, and even secret weapons programs in China. Please note that the Chinese defector went to the DIA, not the CIA because he claimed the CIA communications system was compromised.

Former Chinese foreign ministry official Dr. Han Lianchao, who defected after the Tiananmen Square massacre in 1989, wrote in a tweet this week that if true, Mr. Jingwei’s defection “is really a big bomb.” 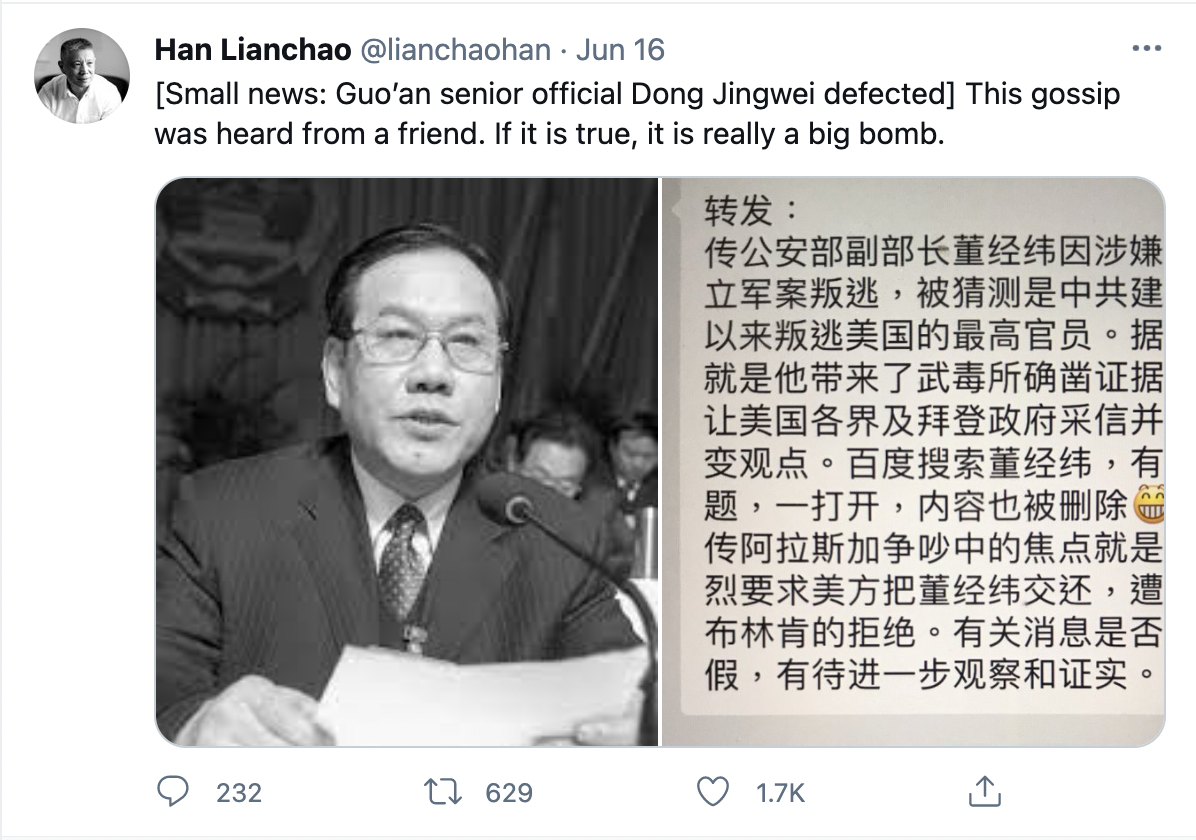 Experts quoted in the Spy Talk piece essentially say that the defection is just a rumor and that rumors happen all the time, but that if it’s true it’s a big deal but “not game-changing.” Based on conversations with sources familiar with the information Dong has already provided and its quantity and reliability, that’s simply not the case. Not only does Dong have detailed information about China’s special weapons systems, the Chinese military’s operation of the Wuhan Institute of Virology and the origins of SARS-CoV-2, and the Chinese government’s assets and sources within the United States; Dong has extremely embarrassing and damaging information about our intelligence community and government officials in the “terabytes of data” he’s provided to the DIA.

Why did the Biden Administration suddenly look at the Wuhan lab leak theory as something other than a product of what Democrats and Fauci have treated as ‘Trump’s deranged rants?’ Something changed.

Why did hundreds of Chinese students suddenly return early to the United States just before the start of the pandemic?

Although intelligence officials have not concluded whether the hundreds of monitored students were confirmed spies, the students’ modified travel suggests that many Chinese nationals were aware of the severity of COVID-19, in spite of assurances to the contrary from their government and U.S. health officials.

Dong also gave the DIA copies of the contents of Hunter Biden’s laptop, including his propensity for pornography. Now, where would he have received that information? The Wuhan lab may not be the only place that had a leak.

Also, note that China has removed all of the photos of Dong Jingwei from their websites.

Here are some other items that Dong has provided the DIA, according to RedState:

On the other hand, the South China Morning Post says the defector was supposedly in China on June 18th.

Top Chinese spy catcher Dong Jingwei warns agents to look out for those who collude with foreign forces https://t.co/ULf26cd0wY

The SCMP is now indistinguishable from China Daily and other CCP propagandists.

So if this so-called “rumor” is true, and the high-level Chinese defector is real, that’s likely why suddenly, the Biden administration stopped calling the “Wuhan lab leak” a conspiracy. It’s also why suddenly officials have riveted their attention to Fauci’s funding of the Wuhan lab, among other things. “Gain of function” may be more than mere words if this was a deliberate attempt of the Chinese government to weaponize a virus that infected the world.

But as of now, the only thing we can definitively say is true is that we still don’t know if the Chinese defector news is true.