HEY JOE: China’s Making A Bold Military Statement -Are You Planning To Answer It?

Nothing Makes A Bully Nation Want To Attack More Than Sensing Weakness. 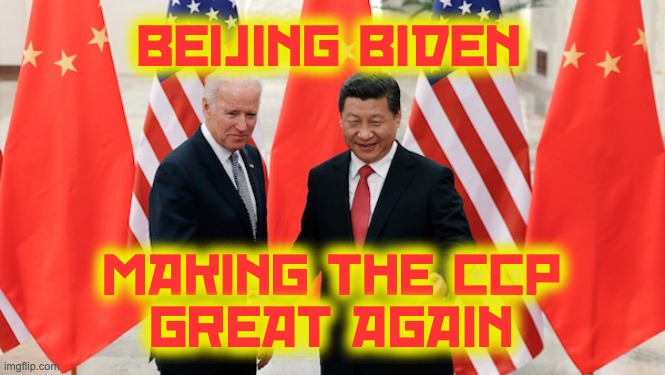 As we have mentioned before, China is very proud of its military growth, and they already think of itself as America’s equal. Is Beijing Biden ready to take their threats seriously? China’s navy

Since the release of the Department of Defense’s “2020 China Military Power Report” last September, America has learned that China has the “world’s largest navy.”

Indeed, the United States Office of Naval Intelligence has confirmed that the People’s Liberation Army Navy (PLAN) has surpassed the United States Navy in total battle force ships, approximately 360 to 297, with future projections expecting the gap to grow. By 2025, the PLAN is predicted to field as many as 400 vessels whereas the United States plans only to field 355. Quantitative discussions of this sort have fostered an increasing level of hysteria in the U.S. media and even parts of its foreign policy and defense establishments.

It should surprise nobody that China has some huge ambitions. They want to dominate the planet and think their ancient culture has far more right to do so than some little upstart that hasn’t even seen its 250th birthday. They literally have dishes older than we are (although we’ve learned to use forks, and they still use sticks to scoop up food).

Even though they already have the largest navy, China’s navy is cranking out ships like nobody’s business.

China commissioned 60,000 tons worth of major vessels earlier this month, officially putting into service a new nuclear-powered ballistic missile submarine, a guided-missile cruiser and an amphibious helicopter carrier on the 72nd anniversary of its Navy.

The unprecedented triple commissioning was carried out in a ceremony held at the Yulin naval complex near the city of Sanya on the southern Chinese island of Hainan. Yulin is the main naval base of the South Sea Fleet of the People’s Liberation Army Navy. The fleet’s area of responsibility lies in the waters of the nearby South China Sea.

President Xi is ramping up China’s navy because he believes they are likely to use it.

What about America? At present, we can barely keep ours afloat.

After decades of government neglect, American shipyards barely can build and repair the ships the U.S. fleet already has, to say nothing of the additional ships it would need—quickly—to keep fighting a determined, high-tech foe with major industrial resources of its own.

We went a little deeper into this topic here: If Politicians Want Infrastructure Spending — Why Not Reboot Our Shipyards?

With China bragging they launch as many new ships in a given year as France has in its entire navy, we might want to consider what we should do about it.

All the more reason, we might be concerned about someone behind the Resolute Desk who has deep family financial ties to the CCP. To what degree are the personal financial interests of Joe (the man) and America (the country for which he is the executive head) align or conflict?

Nothing makes a bully nation want to attack more than sensing weakness. Hence President Trump’s policy of peace through strength. The CCP-run China is a bully, and they see Joe Biden as weak. Beijing is not only ramping up their Navy, but with a weak president, they may even decide to use it.  They are making moves toward Taiwan because they believe any Biden response will be tepid at best.