Did Trump Get China To Turn Off North Korea’s Juice? 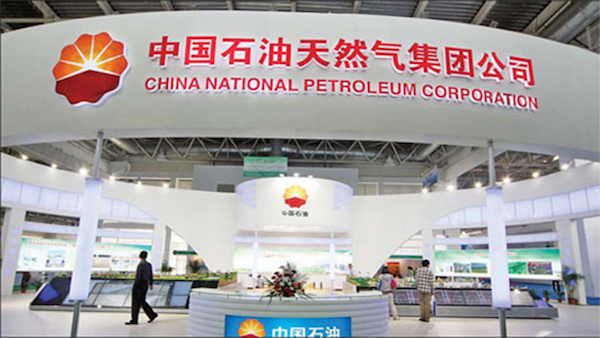 Reuters is reporting that China National Petroleum Corp (CNPC) has suspended sales of fuel to North Korea giving as a reason their concerned they won’t get paid. CNPC is a Chinese state-owned oil and gas corporation, the largest integrated energy company in China and based on revenue is the third largest company in the world.

The publicly given rationale may or may not be the actual reason. After all, CNPC is owned by the Chinese government, and the Chinese government has been basically funding North Korea for years.  Perhaps the real reason is China wanted to send a message to the North Korean government and especially their despotic leader, the diminutive and chunky, Kim Jong Un, who is more cuckoo than a clock, but wanted to do it without publicly shaming the kooky Korean with a bad haircut, which is why they blamed it on economics.

As a dictator, Kim Jong Un puts the whack in whack job. He kills girlfriends and family members at a moment’s notice. In fact the only one in the country who seems to be safe is the barber who makes his hair look as if it was raped by a lawnmower.

Unless you’ve been living in the Get Smart cone of silence, you know that North Korea has been threatening the United States and her allies with its nuclear weapons program and its ballistic missile development.  President Trump has been appealing to his new friend Chinese President Xi Jinping, to pressure Kim Jung Un to stop with the Freddy Kruger imitation as it is driving the world toward war.

It’s unclear how long the suspension will last. A prolonged cut would threaten critical supplies of fuel and force North Korea to find alternatives to its main supplier of diesel and gasoline, as scrutiny of China’s close commercial ties with its increasingly isolated neighbour intensifies.

Chinese foreign ministry spokesman Lu Kang, asked about the sale suspension and whether the Chinese government put pressure on CNPC to make this decision, said: “I do not understand this situation you are talking about” and declined to elaborate.

Note: “I do not understand this situation you are talking about,” is Chinese Government talk for “I could tell you but I would have to kill you.”

A source with direct knowledge of the matter said CNPC decided to put fuel sales on hold “over the last month or two” and described it as a “commercial decision”.

“It’s no longer worth the risks,” said the source. Chinese and international banks are stepping up compliance checks on companies dealing with countries on the U.S. sanctions list, such as North Korea, he said.

The North Korean agents who mostly buy the diesel and gasoline have been unable recently to pay for the supplies — CNPC normally requires upfront payments, the source said.

Did China cut of the juice because of a lack of payment or is Chinese President Xi Jinping heeding the request of American President Donald Trump? This will be an interesting story to follow.