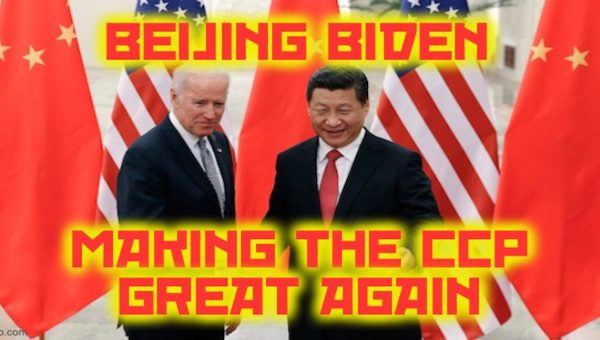 China berated the US delegation …again… in 7-hour talks with National Security Adviser Jake Sullivan and others. Did they speak up about China’s human rights abuses? Nope. Nary a word against China’s human rights issues. But China called the US racist because of the presence of Black Lives Matter and is still harping on our support of Taiwan. Weakness and refusal to stand against tyrants has consequences, none of them suitable for the United States or our allies.

Readouts and reports from the meeting did not indicate that Blinken or Sullivan spent any significant amount of time condemning China for its ongoing genocide of Muslim-majority ethnic groups in occupied East Turkistan, its cultural genocide in Tibet, its violent repression of people of faith in political dissidents, or anything else on the long list of Communist Party human rights crimes.

The Yang-Sullivan meeting occurred in Rome, was a long-planned effort according to both sides, and reportedly lasted seven hours. China’s government-run Xinhua News Agency reported that Yang spent much of the meeting scolding Sullivan for America’s support of the democratic government of Taiwan. Taiwan is a sovereign state friendly to the United States, despite the fact that America does not formally recognize it as a country to placate China…

“Stressing that the Taiwan question concerns China’s sovereignty and territorial integrity, Yang said … the U.S. side explicitly recognized that there is only one China,” according to Xinhua, meaning that Taiwan is not a country. “The current U.S. administration has pledged to adhere to the one-China policy and not to support ‘Taiwan independence’ [sic] in regard to the Taiwan question, but its actions are obviously inconsistent with its statements, he said.”

A Biden administration official told Breitbart that they knew ahead of time there would be no “substantive” results in the talks. He told reporters that Sullivan “underscored concerns about Beijing’s courses and provocative actions across the Taiwan Strait.” Chinese media deemphasized that part (surprise. not). Instead, China berated the US.

“You know, I would just say that this meeting was not about negotiating any specific issues or outcomes, but about a candid, direct exchange of views and articulation of those. And I would suppose it depends on how you define success.”

Weakness appeasement has disastrous consequences. The Biden administration is weak and refuses to confront tyrannical leaders at all. Instead, they dither.