Conservative Pundit Admits He Was ‘Wrong’ About Donald Trump 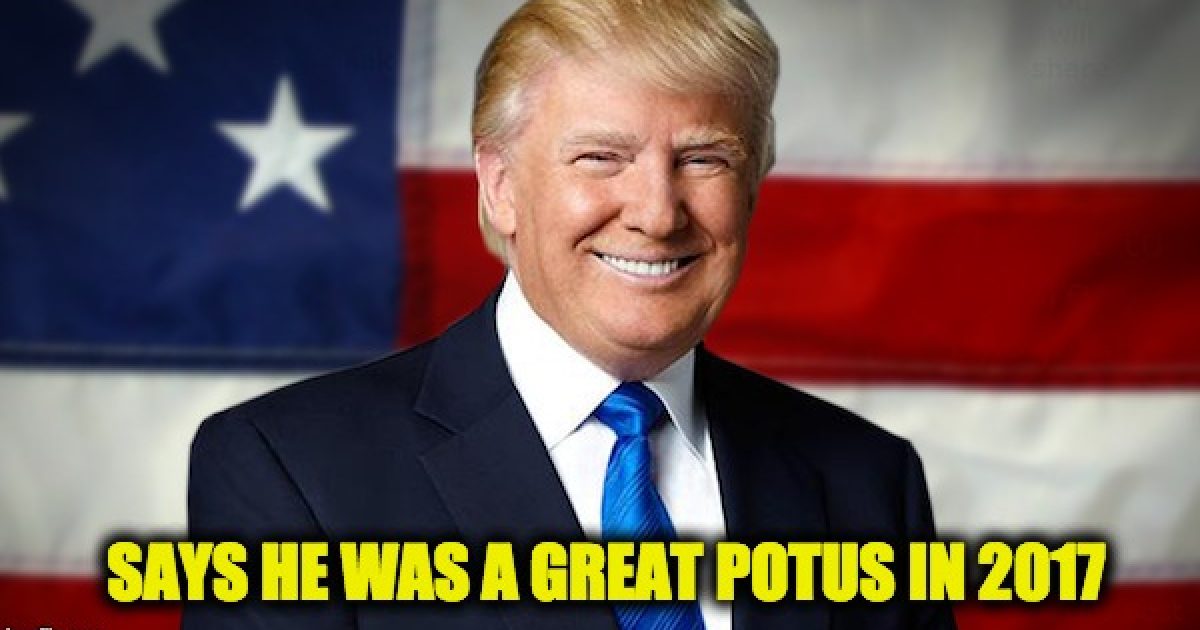 Conservative pundit Dennis Prager is ready to come clean, and he wants you to hear his mea culpa.

On his popular radio show this past week, Prager finally admitted that he was wrong about President Trump.

Prager was never a #NeverTrumper, he was willing to vote for Trump when he faced down Hillary Clinton, but he wasn’t willing to support him while other Republicans were still in the race. His reasons? He didn’t believe that Trump would lead as a conservative, he worried about the thing many offensive things that Trump said during the campaign, and he was worried that Trump was not a man of character.

However, after a wonderful (policy-wise) 2017, Prager has finally come to terms with what he sees as reality… Donald Trump was a “great” President in 2017.

The Heritage Foundation has just come out with a statement, a report, that he is more conservative than Ronald Reagan in the way he has conducted the first year of his presidency, which is accurate, something I have said on many occasions.

He has turned out to be a great president with big communication flaws, in the way he tweets and some of the things he says and his temperament. It is fine, that is the way he is.

My temperament is the opposite. I love dignity. I love understatement. Okay, so be it. So what? I’m not sure I’d be as good a president as he. How do you like that? That’s how good he’s been.

The fact that he doesn’t give a damn.

I was wrong. My opposition to Donald Trump was wrong, in retrospect. I was wrong. I had friends who supported him, and I didn’t understand them. I said, “Are you not aware of what he said about John McCain? Isn’t that enough to disqualify the guy?” They perceived in him what I did not perceive in him, that these over-the-top statements – as objectionable as the statements themselves may be, and none of them defended the statements – nevertheless, what they perceived was accurate: a man who doesn’t give a damn about what the press says about him. That is the only way to govern. It is the only way to advance the principles of conservatism in the United States is to not give a damn.

For Prager, the President’s actions are far more important than his rhetoric. Trump may not speak the way Prager would like, but he governs far better than many other Republicans would have.

So, what do you think? Is Prager right? Was Donald Trump’s first year in office… great?