City Could Lose 50% Of Officers 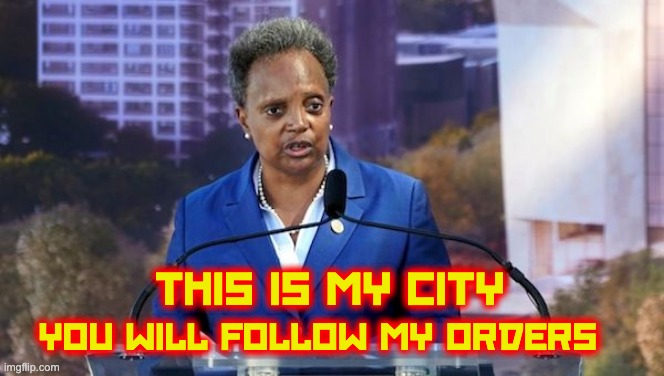 Around the country, there are concerns that vaccine mandates could drive vast swaths of Americans out of their jobs, including a great deal of highly crucial workers.  Not only are healthcare workers opting out of the vaccine by the droves, but first responders, firefighters, and police officers are all affected as well. Chicago police union

Now, in the violence-laden city of Chicago, it is believed that nearly 50% of officers are currently on the cutline over their personal medical choices, and the head of one of the police unions isn’t budging.

The Chicago police union chief called on officers to ignore the city’s vaccine mandate set to take effect on Friday.

In a video posted to YouTube, Chicago Fraternal Order of Police President John Catanzara told officers, “Do not fill out the portal information.”

“I’ve made my status very clear as far as the vaccine, but I do not believe the city has the authority to mandate that to anybody — let alone that information about your medical history,” Catanzara said.

He then put it all into perspective for the city whose entire culture has turned violent in recent decades.

“It’s safe to say that the city of Chicago will have a police force at 50% or less for this weekend coming up,” he added.

Chicago is already battling a surge in violent crime. Violent crime has continued to spike in the city this year,” from expressway shootings to a rise in carjackings. Chicago police reported 629 homicides this year through early October, compared with 605 during the same period last year and 402 in the same time frame in 2019 [Lightfoot became Mayor].

Mayor Lori Lightfoot said that she doesn’t believe a massive loss of police officers is in the offing for Chicago but reiterated her demands for city employees to be vaccinated in nearly the same breath.

As the far-left Mayor presided over a city council; meeting on Thursday,  many aldermen asked the Mayor to reconsider the deadline.

“I don’t think people realize what could possibly happen if several hundred officers, firefighters, and paramedics aren’t on duty this weekend, based on what we’ve experienced in the past several months with the rise in crime,” said 19th Ward Alderman Matt O’Shea.

“I represent nearly 700 police officers who are concerned about backup,” said 13th Ward Alderman Marty Quinn. “And if there is a shortage of police, who’s going to be their backup?”

“I’m asking the governor that if this happens, he needs to declare a state of emergency and unleash all resources he has available to him, to make sure the city is safe,” said 9th Ward Alderman Anthony Beale.

The day before the city council meeting Mayor Lightfoot directly addressed the police officers saying, “Again, our messages to the members: Protect yourself. Protect your family, protect your partner, protect members of the public, get yourself vaccinated.”

With the head of the union instructing Chicago PD members not to comply with the mandate and the Mayor promising punishment for the non-compliers after Friday’s deadline, the already violent city of Chicago will get even more violent. But that won’t matter to Mayor Lightfoot. Like most of the far left, all she really cares about is controlling people’s lives.