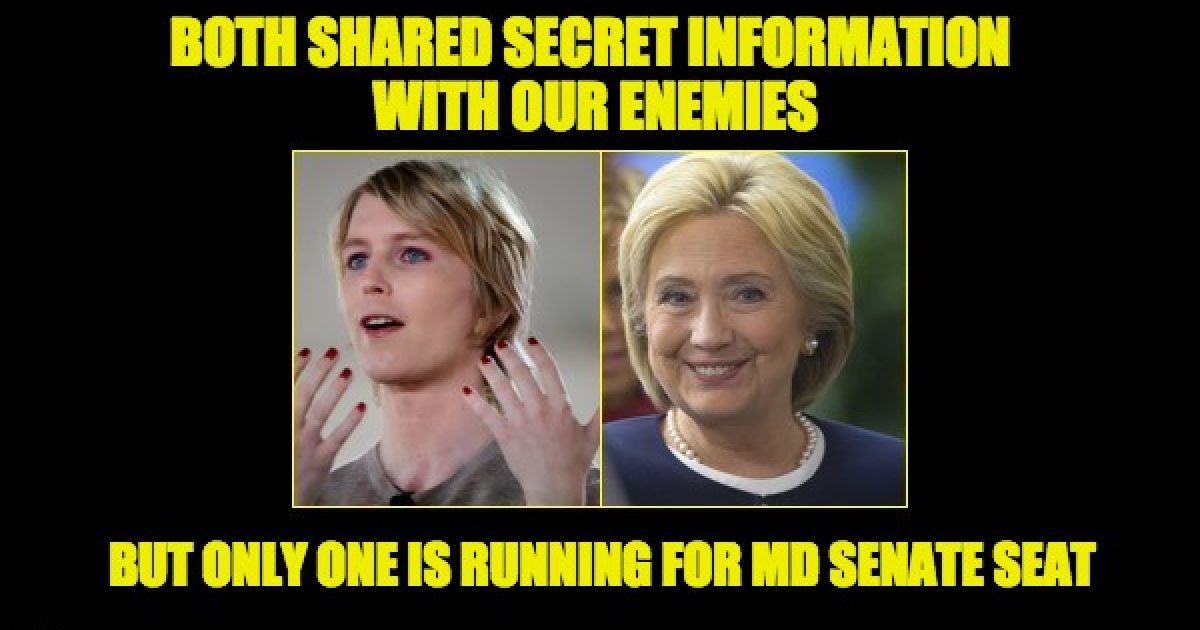 A cop-hater convicted of the biggest leak of classified documents in U.S. history (no not Hillary Clinton, Chelsea Manning) has filed papers to challenge Sen. Ben Cardin, D-Md., for his Senate seat, the Washington Post reported.

“Our only statement on the record is ‘No statement,’ ” Manning said.

Manning, 30, who was formerly known as Bradley Manning, was convicted in 2013 of the largest leak of classified documents in U.S. history and was sentenced to 35 years in prison. Last year, as President Barack Obama was nearing the end of his term in office, he commuted Manning’s sentence to time served, and she was released from a military prison in Kansas.

The news of Manning’s filing caught Maryland’s political class by surprise Saturday afternoon. It was first reported in a tweet by the conservative media outlet Red Maryland.

Cardin, the ranking Democrat on the Senate Foreign Relations Committee, has an extensive fundraising base in Maryland and is not considered particularly vulnerable to a challenge from any known figures within the state. However, a candidate with national name recognition, such as Manning, who comes in from the outside could tap a network of donors interested in elevating a progressive agenda.

Without mentioning Manning, Sue Walitsky, Cardin’s spokeswoman, said: “Senator Cardin is looking forward to a vigorous debate of the issues and a robust conversation with Maryland voters.”

Last year, Breitbart News reported that Harvard University hired Manning as a visiting fellow at their Institute of Politics.

In the announcement of his hiring on the Harvard website, Manning is described as “a Washington D.C. based network security expert and former U.S. Army intelligence analyst.”

After Obama commuted his sentence, Manning shifted his focus to queer and transgender rights.

This, by the way, is the modern left…