Is Chelsea Clinton Starved For Attention Or Just Plain Stupid? 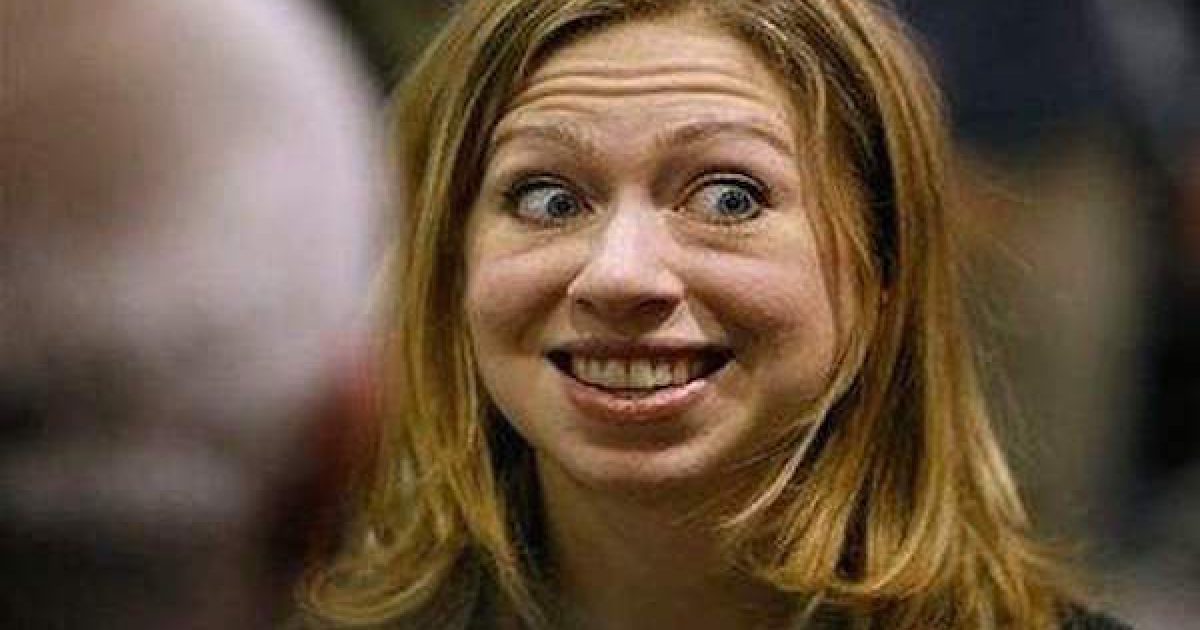 Perhaps Chelsea Clinton does it just to get attention, and in a way, I feel bad for her.  After all her mother cares about little more than becoming president, and her father wants to sleep with almost every pretty woman within arm’s reach. On the other hand, one would think by now, a supposedly bright woman like Chelsea Clinton would realize that every time she says something stupid, she is going to be attacked by the part of America that doesn’t worship the Clinton name. Perhaps she isn’t really bright, maybe her intelligence is just another fake story by the mainstream media.

Chelsea’s latest episode of stupidity is her declaration that money is more important than human lives.

On Saturday she spoke at a “Rise up For Roe” event promoting opposition to President Donald Trump’s Supreme Court nominee Brett Kavanaugh, because of the liberal claim the Supreme Court will overturn Roe v. Wade within 37 seconds if Kavanaugh is confirmed.

During her speech the quasi-quick-witted Chelsea, who along with her mother represents the only two women in the world Bubba Clinton won’t hit upon, ascribed to legalized abortion adding trillions of dollars to the U.S economy because women who had abortions were more inclined to enter the labor force.

As reported by CNS news, Chelsea said in part:

Whether you fundamentally care about reproductive rights and access right, because these are not the same thing, if you care about social justice or economic justice, agency – you have to care about this.

“It is not a disconnected fact – to address this t-shirt of 1973 – that American women entering the labor force from 1973 to 2009 added three and a half trillion dollars to our economy. Right?

“The net, new entrance of women – that is not disconnected from the fact that Roe became the law of the land in January of 1973.”

Thus, no matter what other things Americans may care about, everyone should appreciate the economic value of legalized abortion, Clinton said. If we are talking turkey, just imagine what the 60 million aborted babies would add to the economy if they were part of the labor force

First of all, this has nothing to do with reproductive rights and access there is no law stopping people from reproducing, despite what they might to our gene pool. In fact, that’s why Margaret Sanger created Planned Parenthood. She didn’t want undesirables like African-Americans, morons, those with a family background having a history of illnesses and others from reproducing. And it’s not about being pro-choice either because when was the last time the baby got a choice whether it wanted to live or not?

What Chelsea was really suggesting is that a human life is a commodity like milk and bread. If the reason for abortion is to help the economy where does it stop? If a basketball player rips his ACL should he be euthanized because he can no longer play to the level he once could? After all, his injury will cost the team attendance, which means less money. If your neighbor paints his house hot pink and baby blue, reducing the value of your own house, can you kill him so you can have his house repainted? What is the value that allows one to murder?

What does abortion on demand teach our kids about the value of Life?  Folks I would suggest that one of the reasons we an increased amount of violence among our young is that via abortion we have taught our kids life is cheap. And now Chelsea Clinton has added that death is okay when it helps the economy.  The thought of it makes me ill.

Below is a video of the relevant part of her speech.