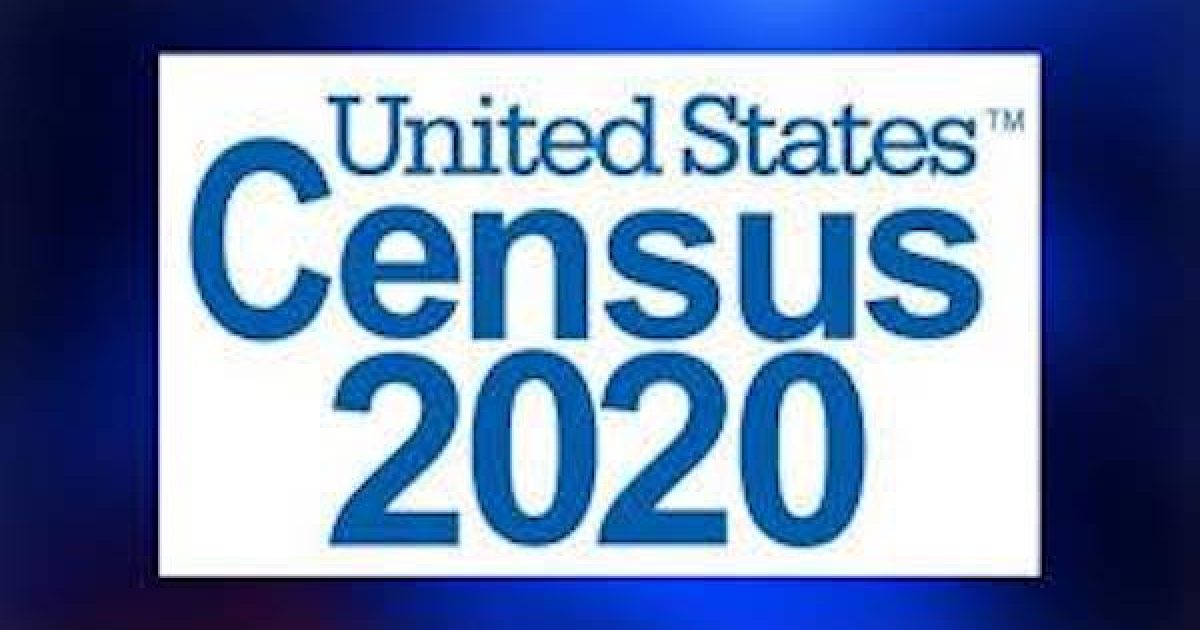 The Trump administration restored a citizenship question to the full decennial census, starting with the year 2020. But critics sued, charging that the new item may reduce response rates. What they don’t know (or don’t care about) is that the citizen question  is not new, it has been asked in various censuses since 1790

In this case, the liberal opposition asked the Judge for a temporary injunction against the government asking the question, but the federal judge didn’t except their argument of privacy as a reason to immediately block the 2020 census citizenship question.

The Bureau did not act contrary to the E-Government Act by deciding to collect citizenship data before conducting, reviewing, or releasing a PIA addressing that decision. Nor have the defendants ‘unlawfully withheld’ agency action by declining to conduct or release a PIA earlier than they were required to under the statute.”

How dare our government ask If you are a citizen ! Adding the citizenship question would be a huge win for #WeThePeople and must be Included In the upcoming census. President Donald J. Trump https://t.co/z2ht8ZYdoz

A federal judge Friday said privacy concerns were not a sufficient reason to immediately block a question about citizenship from the census, declining a request to offer a preliminary injunction.

“The Court will deny the plaintiff’s motion for a preliminary injunction,” wrote Judge Dabney L. Friedrich.

She argued that the Electronic Privacy Information Center, which requested the injunction, did not sufficiently prove that the government needed to do a “privacy impact assessment” before it could add a question to the census.

“The Bureau did not act contrary to the E-Government Act by deciding to collect citizenship data before conducting, reviewing, or releasing a PIA addressing that decision.” she wrote. “Nor have the defendants ‘unlawfully withheld’ agency action by declining to conduct or release a PIA earlier than they were required to under the statute.”

She determined that the government did not have to conduct the assessments until “until the Bureau mails its first batch of Census questionnaires to the public.”

EPIC said that it “intends to press forward with the census case” in a press release.

It is still unclear whether the citizenship question will appear on the 2020 census because other lawsuits to block it are still pending.

In a different case, a federal judge in New York issued a ruling last month that the citizenship question was unlawful. The Supreme Court is deciding whether to take that on appeal.

According to Benny Huang, illegal aliens also warp the census data, so that big, liberal states such as New York and California receive more representation in Congress than they are entitled to. They are literally stealing House seats from other states.

The left always spews that their agenda is “common sense.” Finally, a judge gets to explain what common sense really means.

Asking about citizenship on the census is not new.  The Chart below from the Center for Immigration Studies shows the citizenship question has been asked at various times during our nation’s history and to different percentages of the total census.

The annual American Community Survey (ACS) began in 2000. It covers approximately 3 percent of the U.S. population and is conducted separately from the decennial census.

In 1960, birthplace and citizenship were asked of the entire population of New York and Puerto Rico. Because this is not a representative sample of the United States, the citizenship cell still gets an unqualified “No”. 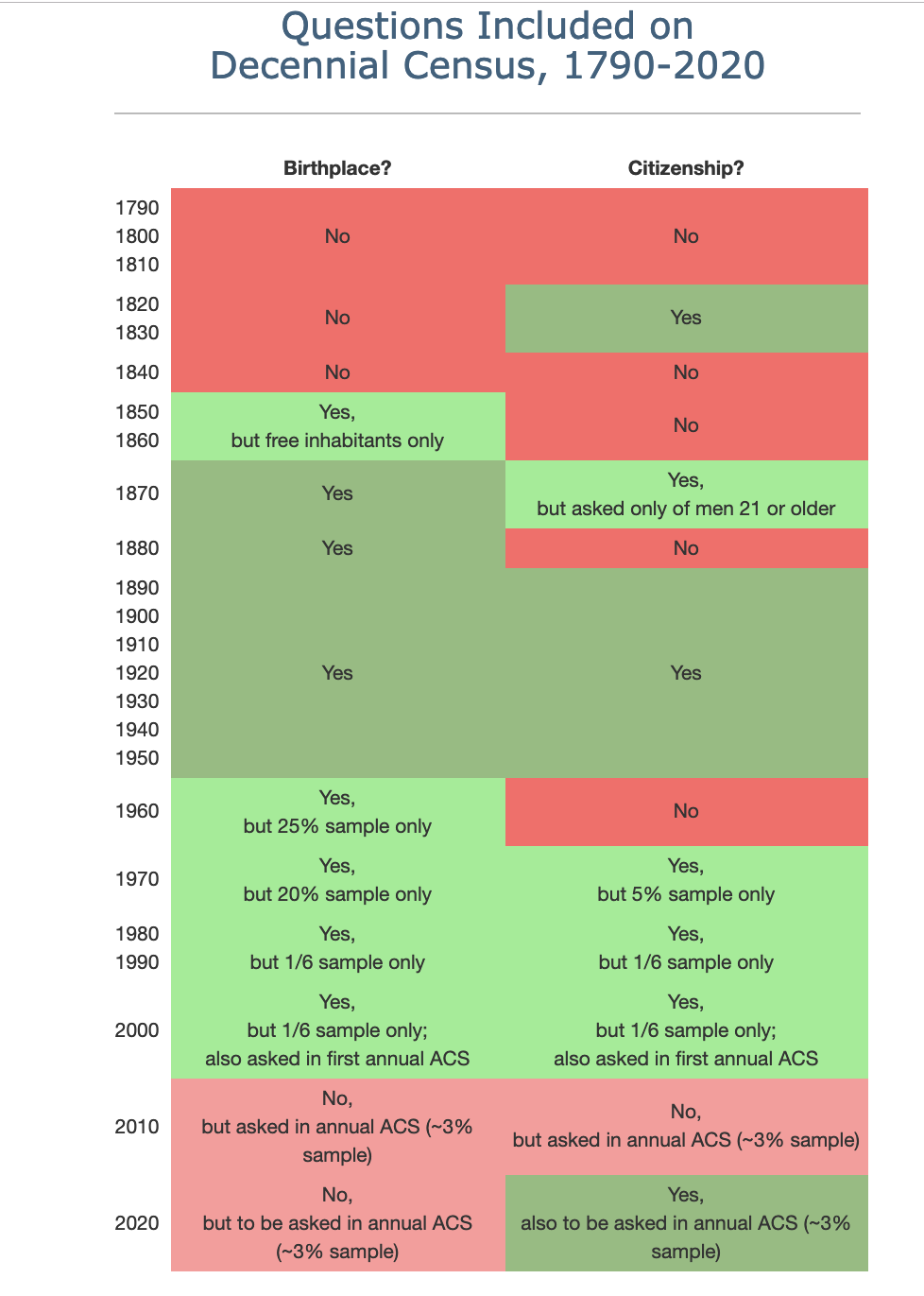