Time To Get Your Tickets For ‘CENSORED: Fighting For Conservative Free Speech Conference 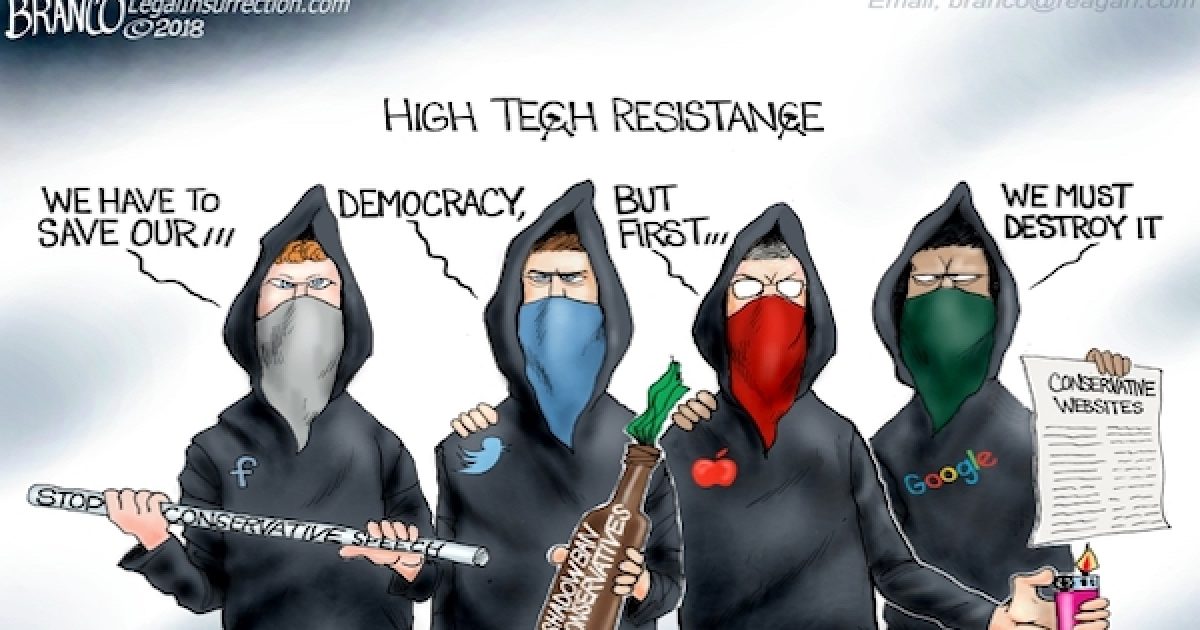 It is time conservatives banded together to learn how to fight liberal attacks on our free speech. With this in mind, we’re putting on one of the most important events of the year: CENSORED

So far, speakers include the great Dinesh D’Souza, speaker, filmmaker, and writer. Also appearing are Gary DeMar, Doug Giles, Dr. Gina Loudon, and some guy named Dunetz.  Others will be announced soon.

Some say America is on the verge of another Civil War, though maybe not one of competing armies lining up in battle. But because of their cowardice, leftists are working behind the scenes to censor and suppress conservative speech in the digital era. Economic terrorism is the only way to describe it. 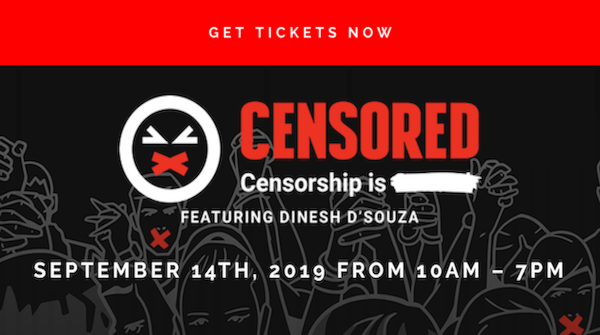 Rather than debate issues publicly or agree the first amendment applies to all, they hide behind their keyboard and push a few buttons to shut down facebook pages, twitter accounts, Paypal accounts, the list goes on. Heck, on July 4th, most of the mainstream media refused to run the Independence Day festivities in Washington because they didn’t want to broadcast the President making a patriotic speech.

To be a conservative now in parts of this country is to be an outcast. Be a patriot and love your country, and you’ll be called a Nazi – a term used so loosely, it’s an insult to the millions who were slaughtered in the Holocaust.

Republicans may control the White House and Senate (for now), but the progressive left controls the media, colleges, Hollywood and Silicon Valley and they are effectively and radically changing the future of this country by suppressing the conservative point of view.

Remember the purge? When Facebook shut down 800+ conservative pages one month before the midterms, perfectly timed to affect the midterms?

We are in a battle for the future of America and for our children and grandchildren.

This is where CENSORED comes in.

The progressives are attempting to use its control of the media to change America’s from a center-right country to a far-left country, expanding the size of government and restricting the rights endowed by our creator.

How do we recognize what they’re doing? How do we fight it? Get your tickets for CENSORED and learn how people such as Dinesh D’Souza, speaker, filmmaker, and writer, Gary DeMar, Doug Giles, Dr. Gina Loudon, Your’s Truly, and others

Or, to get your tickets for CENSORED September 14th at the Cobb Galleria Centre in Atlanta by clicking the link below: