The Left's Latest Attack On DeSantis? 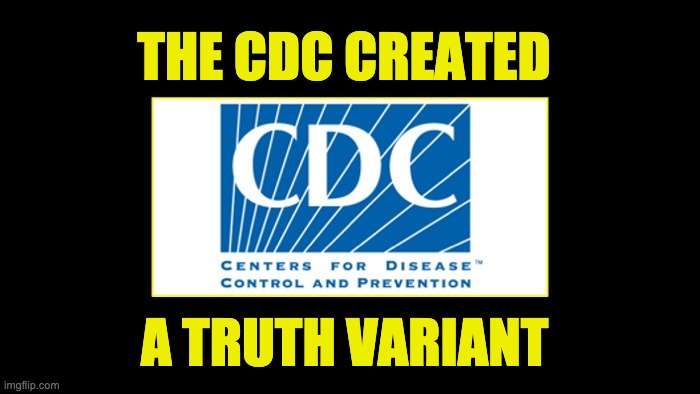 We are routinely scolded to ‘believe the science’ and to accept the guidance of the experts. But what happens when those ‘experts’ seem to be motivated by something other than reporting unadulterated facts?  CDC bogus Florida data

It was bad enough when the CDC was busted in making their ‘guidance’ conform to the demands of the Teachers’ Unions. Are they now picking sides in a war of words between the White House and Florida’s Governor?

Is it an honest mistake that the CDC just happened to published incorrect information with inflated case numbers that served to magnify anti-Florida COVID propaganda?

Or is that an example of malice? Is it ‘disinformation’? Because we are told that spreading COVID disinformation is serious enough to get someone kicked off the internet.

The number of cases @CDCgov released for Florida today is incorrect. They combined MULTIPLE days into one. We anticipate CDC will correct the record. https://t.co/NjjUmIgM9h

Is that an unfair question to ask if they are motivated by malice? Not at all. The leveraging of governmental power to destroy political enemies is becoming almost routine.

We have seen examples of the IRS being weaponized against Christians charities.  We have seen some dangerous red flags with law enforcement. We have even seen the DOJ corrupted to the point that it has even sunk to defending the White House taking actions that the Supreme Court had expressly forbidden as unconstitutional — namely the extension of the eviction moratorium. And imagine that the CDC was directly involved with that exercise of authoritarian power, too. Yet we’re supposed to trust the science, right?

Science is supposed to be an unflinching quest for truth, wherever it might lead and without any concern about who that truth might offend.

Scientists love to tell and retell the story about Galileo because (in their telling of the events, anyway) he was not afraid to make bold truth claims, even if the world was unready to hear them, right? Well, what happens to a scientist when he dares to ask a question that defies the political narrative?

For example, what happened when former CDC director Redfield suggested that the lab leak theory ought to be weighed as a possible explanation for COVID’s origin? Other scientists threatened his life. So much for ‘truth to power.’

“And I think I’m very disheartened when I have seen how the scientific community failed to approach both hypotheses with an open mind,” the former CDC director said. “I mean I was very rapidly sidelined, threatened and really sort of outed because I believed as a virologist that this virus may have come from the laboratory.”

Redfield also told Vanity Fair in June that he received death threats from fellow scientists over his support for the lab leak theory. He expressed disappointment that both sides of the argument were not approached with the same merit during early 2020.

“The scientific community in bulk said the only acceptable answer back in February was that it was a natural event from a natural evolution,” he added. “And I think that’s what’s sad because science should have taken both hypotheses seriously and looked at it scientifically.”

The belief that this virus may have emerged from the Wuhan Lab is now an entirely mainstream hypothesis for the origin of COVID. It is viewed by many as the most reasonable explanation.

But just last year, when a leading scientist asked that same question, he faced death threats from other scientists. Last year, death threats. This year, a theory that even Fauci considers plausible.

This ‘scientific community’ has shown itself to be just as partisan and corruptible as any other profession.

Nothing undermines the credibility of a profession that depends upon its objectivity and independent thinking than when that is hitched to a party with an agenda. If you doubt that, just ask yourself what has happened to media credibility now that they aren’t even pretending to be non-partisan.

Now we caught the CDC fudging numbers in a way that just happens to be detrimental to De Santis. Coincidence? Very unlikely.