Carjacked Congresswoman, ‘Don’t Politicize Moment.’ Then SHE Does

She Exploits Carjacking Into A Call For Gun Control 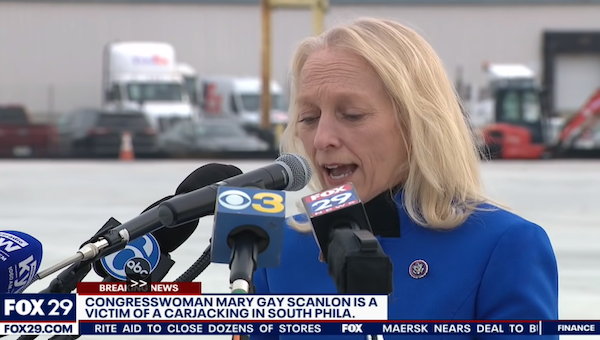 Pennsylvania Congresswoman Mary Gay Scanlon (D-PA) might be accused of hypocrisy for insisting people not politicize the event after she had been carjacked at gunpoint last week, and then quickly used the opportunity to call for more gun control, according to the local CBS News affiliate.

Scanlon was in Philadelphia when two men carjacked her. The car was recovered later by police, who apprehended five teens in the process, the oldest being 19. He has been identified as Josiah Brown, and he is reportedly facing federal charges. The Daily Mail reported Brown “was out on bond at the time of the crime…from stealing another car.” 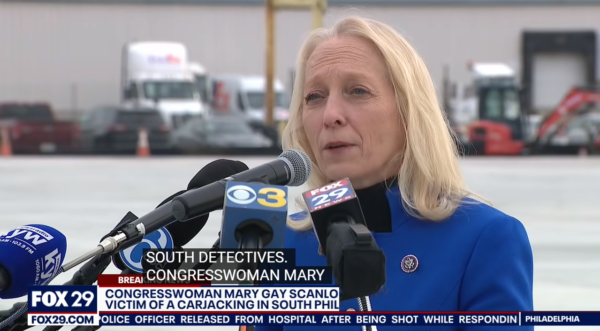 Scanlon used the event to call for “common sense” gun control laws, Newsweek reported that Scanlon has vowed to push for “common-sense gun safety measures” in reaction to the event, during which nobody was hurt. She also suggested community policing and mental health services.

A Democrat, Scanlon reportedly hopes the suspects “can learn from their mistakes.” Four other teens ranging in age from 13 to 16 have reportedly been released to their parents.

The New York Times said the suspects were arrested in Delaware.

According to Newsweek, Scanlon wants “background checks” and “doing away with ghost guns.” There has been no indication that the carjackers were armed with so-called “ghost guns” and as young as the suspects are, they would not have been able to legally purchase handguns, so background checks likely had nothing to do with the crime.

Gun control is often the fallback solution for criminal acts that have happened since efforts to defund police agencies began in 2020.

The Scanlon incident occurred just hours after an Illinois state senator and her husband were also carjacked in a community just west of Chicago. Illinois State Senate Majority Leader Kimberly Lightford is also a Democrat.