Will This Hurt Pelosi's Plan For A Third Annual Trump Impeachment? 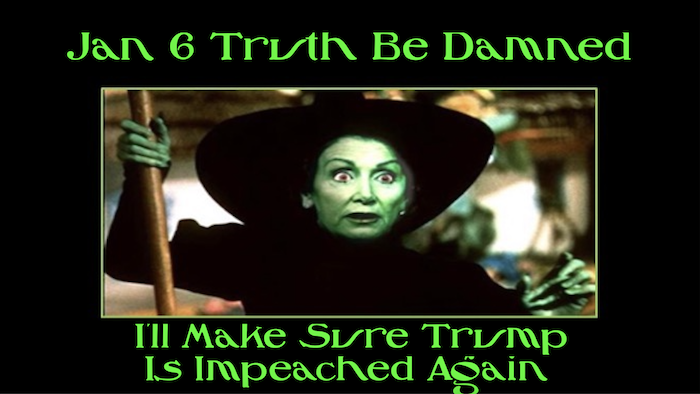 Over the next several months, we will learn quite a bit about the events of January 6th, but hopefully, not everything that we hear will be taken at face value. Capitol Police whistleblower

This is because the select committee investigating what the Democrats call an attempted insurrection is a partisan affair. Especially since House Speaker Nancy Pelosi barred certain members of the Republican Party from participating. This forced the GOP to rescind all of their picks.  Regardless of the endeavor’s merit, the biased left v. right paradigm is likely to taint the results.

Truth be told, Pelosi wants this committee to set up their third annual impeachment of Donald Trump, or at the very least ban him from running again as the Democrats are frightened that he will run again and win.

Outside of the committee’s work, there are genuinely disturbing revelations coming to light that could change how we view the event entirely.

A former high-ranking Capitol Police official with knowledge of the department’s response to the Jan. 6 attack has sent congressional leaders a scathing letter accusing two of its senior leaders of mishandling intelligence and failing to respond properly during the riot.

The accusations were awful, to say the least.

The whistleblower, who requested anonymity for privacy reasons and left the force months after the attack, sent the 16-page letter late last month to the top members of both parties in the House and Senate. His missive makes scorching allegations against Sean Gallagher, the Capitol Police’s acting chief of uniformed operations, and Yogananda Pittman, its assistant chief of police for protective and intelligence operations — who also served as its former acting chief.

The whistleblower accuses Gallagher and Pittman of deliberately choosing not to help officers under attack on Jan. 6 and alleges that Pittman lied to Congress about an intelligence report Capitol Police received before that day’s riot. After a lengthy career in the department, the whistleblower was a senior official on duty on Jan. 6.

According to the whistleblower, senior members of the Capitol Police knew what was coming but didn’t tell the people guarding the capitol what they learned.

The whistleblower’s criticism went beyond Capitol Police leaders to Congress. Without naming specific lawmakers, his letter accuses congressional leaders of having “purposefully failed” to tell the truth about the department’s failures.

The guess here is that the truth won’t do anything. Pelosi and Schumer don’t care about the truth. They simply want to ensure that power stays in the far-left Democratic camp.

The full document is embedded below.