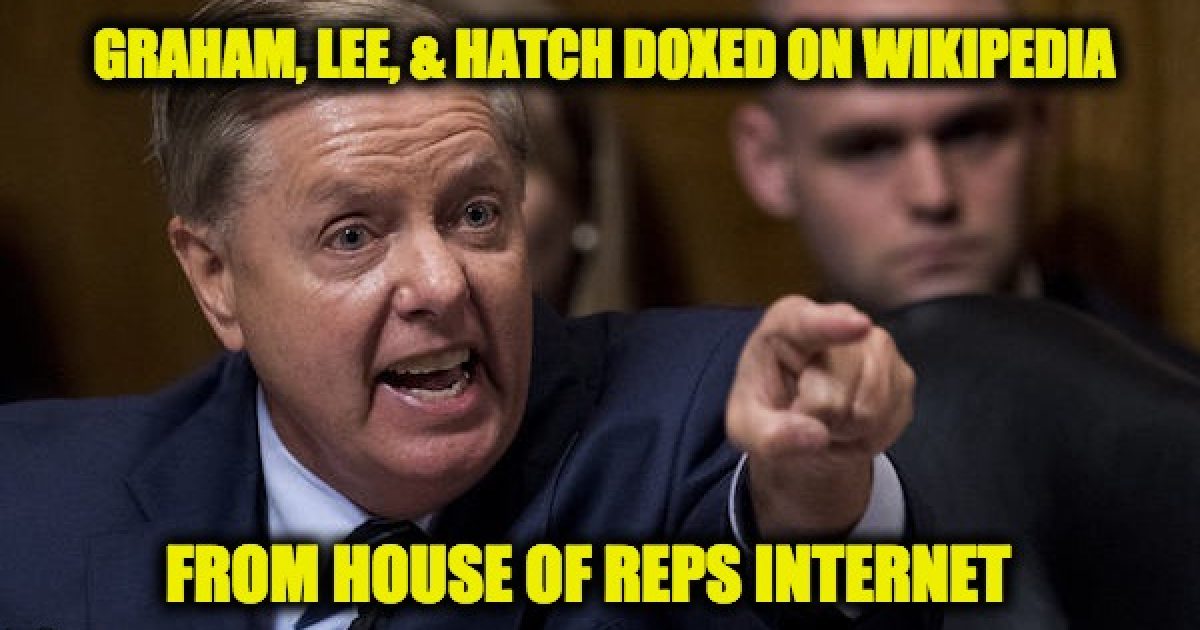 I thought Chuck Schumer’s Democrats sunk as low as they could, but thanks to a year and a half of hatred coming out of the mouth of the Senator who doesn’t know how to wear glasses, three months of trying to destroy Judge Kavanaugh they sunk even lower. Someone using the House of Representatives Internet network posted personal details about Sens. Orrin Hatch, Lindsey Graham, and Mike Lee on Wikipedia, listing their home addresses and phone numbers.

If you missed the hearings, those three Senators scolded their Democratic colleagues during their five minutes of questioning. So undoubtedly this criminal act was revenge for telling them the truth.

The changes on Wikipedia to include their personal information were first reported by a Twitter bot called Congress Edits, which tracks Wikipedia changes made from Internet addresses on Capitol Hill. The automatic Twitter Reporter included screen grabs of the personal details.

The posts were taken down quickly, but tweets containing their personal information promptly went viral.  The Washington Examiner post redacted versions of the posts. 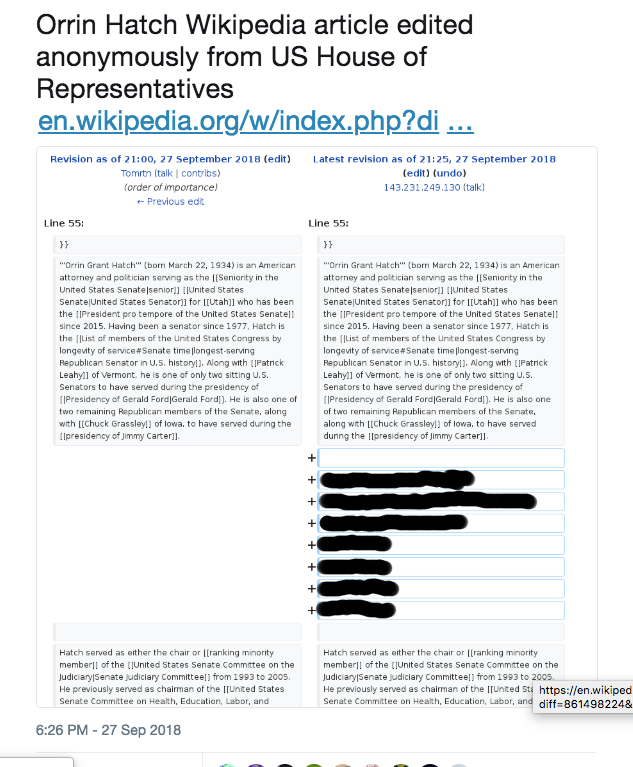 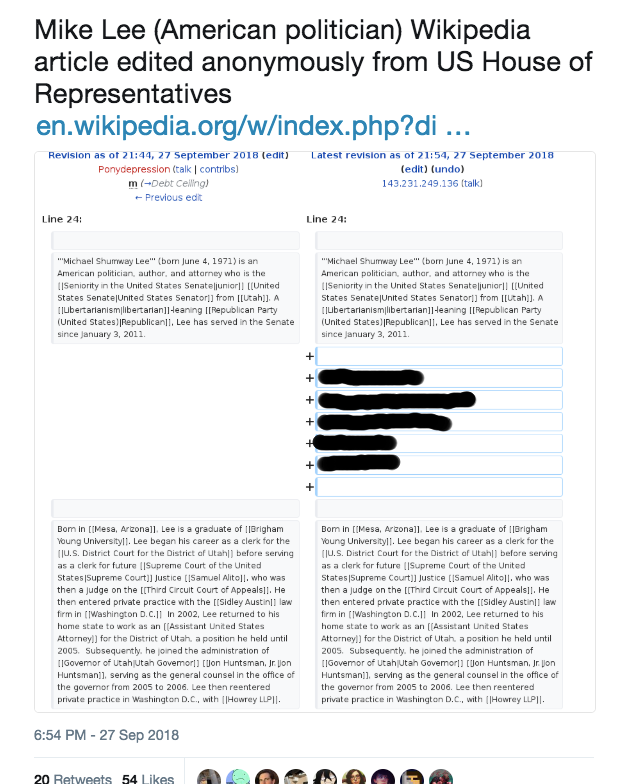 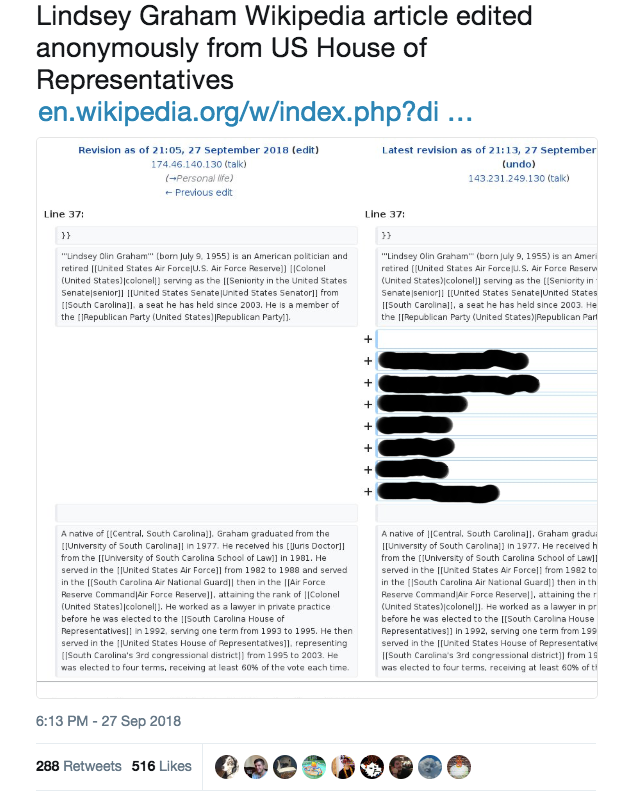 Make no mistake about it, this disgusting act was incited by a year and a half of nasty daily statements by Chuck Schumer, Nasty Pelosi, and their zombie-like followers such as Senator Stolen Valor Blumenthal, Rep Adam Schiff, and Senator Spartacus.

This doxing is just an extension of the divisiveness and hatred the Democratic Party has spewed since Donald Trump took was inaugurated, and a slew of House members boycotted the ceremony.