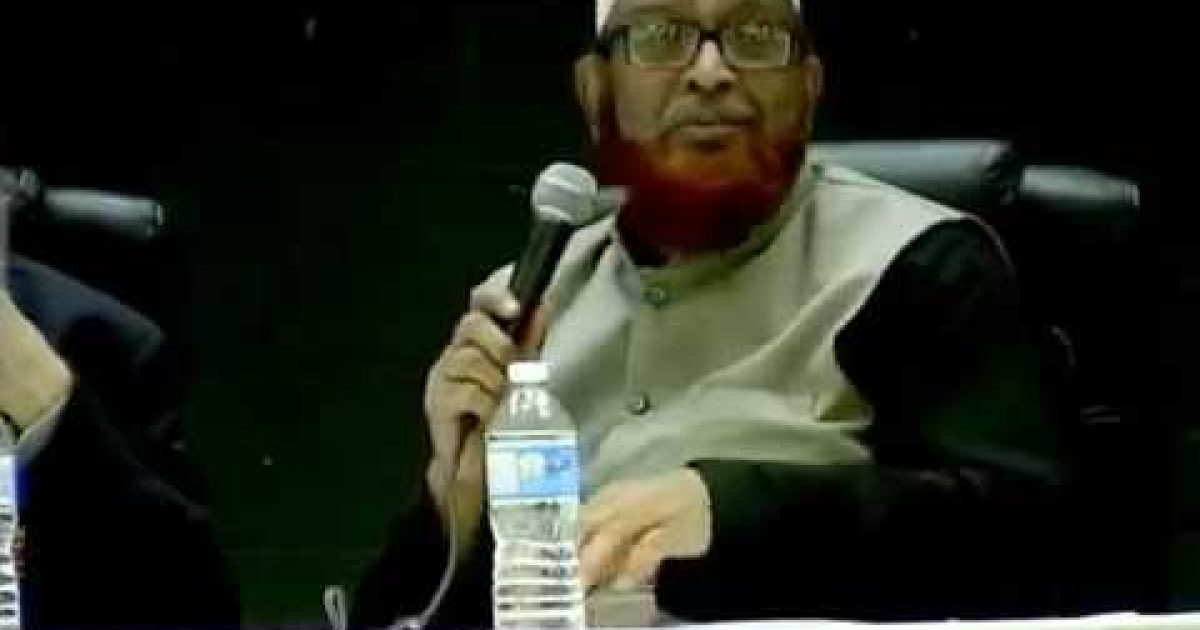 Dr. Iqbal Al-Navdi is the Muslim Chaplain of the Canadian Army and an important Muslim leader here in North America. In fact, he is one of the very few in North America who have the authority to give a fatwah and is very well respected as professor of Shariah Law and jurisprudence.

Back in February of 2015, Dr. Navdi delivered a speech on the importance of the family in society and in Islam. Dr. Navdi spent some time covering one issue that is quite controversial in the West (though not so controversial in the Muslim world): wife beating. Here is what Verse 34 of Surah Al-Nisa’ in the Quran says:

“Men are in charge of women by [right of] what Allah has given one over the other and what they spend [for maintenance] from their wealth. So righteous women are devoutly obedient, guarding in [the husband’s] absence what Allah would have them guard.  But those [wives] from whom you fear arrogance.  [first] advise them; [then if they persist], forsake them in bed; and [finally], strike them [lightly].  But if they obey you [once more], seek no means against them. Indeed, Allah is ever Exalted and Grand.”

Dr. Navdi explained that the Quran most certainly allows husbands to beat their wives, but because their relationship is so important, the beating should only happen as part of an attempt to resolve conflict between the two and that the beatings should always happen in private. Here’s a partial transcript from his lecture beginning around 19:20 in the video:

“In Islam as [inaudible] Qadar says many rulings (احكام) of the Islamic Law (الشريعة) in Islam, in Quran, [are] given just in concept, in brief, rights? But the family issue is covered by Quran in a very detailed way. Not only what we should do, but even what you do if face some problems. How [do] you solve it.

“So in that sense for example we see that the protection of family is covered by Islam in three layers,right?

“The first layer is – solve the problem mutually between husband and wife, right? In many times it happens that in these days and Glory be to Allah, meaning (يعني) when we are attacked, right? and Islam is criticized that Islam promotes suppose wife beating, right? and so many things.

“So it means what? It means only that Islam is saying that the husband and wife issue and relation is so sacred, is so important, it must not be exposed to others. It supposes to be solved among each other. It is the first layer.

“And this is the point where for example Quran says if you are taking the issue, and Hadith says, if you are doing this thing, you can beat or can leave [avoid sleeping with the wife]. But why? Just keep the issue among each other.

“But the second layer is what? If it is not working make mediation, right? What? Bring one person from husband, one person from wife and they will do what? And Quran says what? إن يريدا إصلاحا يوفق الله بينهما If they are trying to make reconciliation (صلح) Allah will enble them to do this thing, right?

“After that when the issue is not working then it will go to legal system, or it will go to court, it will go to other way. So what happen? In our situation most of the time we used last step first time, right?”

This is one of the very mainstream leaders of Islam in North America, folks. He’s well-respected in the Muslim community and in the non-Muslim Canadian community. Here he is speaking at a “mainstream” Muslim gathering, and he is teaching hundreds of Muslim men (plus the thousands who have watched on video) that it is perfectly acceptable to physically abuse their wives. The religion of peace, where beating your wife is totally cool.