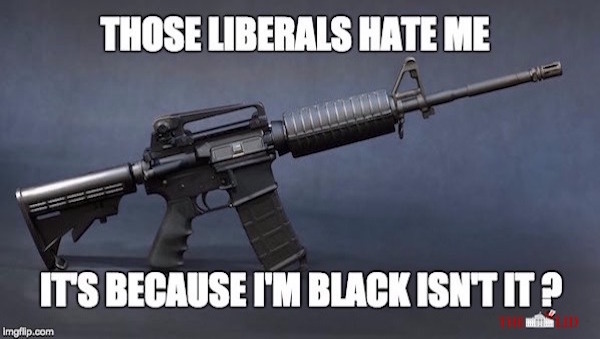 California has several laws on the books that run a direct assault on the 2nd amendment. One of them is the ban on so-called “assault weapons” that are codified by features. Those features specifically target AR platform firearms. District Court Judge Roger Benitez ruled on Friday that California’s ban on commonly-owned modern rifles is unconstitutional. California’s AR ban unconstitutional

Judge Roger Benitez is no fan of California gun laws and previously ruled the magazine ban unconstitutional, as well as the law requiring background checks for ammunition. The Ninth Circuit Court agreed with Judge Benitez’s ruling on the magazine ban. The California Attorney General’s office appealed his rulings then and has emphatically stated that they will appeal this ruling as well.

Judge Benitez made his ruling based on the fact that AR- platform rifles are “commonly used,” which is the same verbiage used in the Heller decision by the Supreme Court in 2008.

“Like the Swiss Army Knife, the popular AR-15 rifle is a perfect combination of home defense weapon and homeland defense equipment. Good for both home and battle, the AR-15 is the kind of versatile gun that lies at the intersection of the kinds of firearms protected under District of Columbia v. Heller, 554 U.S. 570 (2008) and United States v Miller, 307 U.S. 174 (1939).” Judge Roger Benitez

“Today’s decision is fundamentally flawed, and we will be appealing it. There is no sound basis in law, fact, or common sense for equating assault rifles with swiss army knives — especially on Gun Violence Awareness Day and after the recent shootings in our own California communities. We need to take action to end gun violence now. We will fight this ruling and continue to advocate for and defend common-sense gun laws that will save lives.”

Because we all know that someone who is about to break the law will break any law except for ones that restrict gun rights.

Judge Roger Benitez has many strong arguments for the commonly used firearms and emphatically stated that the Second Amendment covers modern firearms. As he wrote in his ruling:

This case is not about extraordinary weapons lying at the outer limits of Second Amendment protection. The banned ‘assault weapons’ are not bazookas, howitzers, or machineguns. Those arms are dangerous and solely useful for military purposes. Instead, the firearms deemed ‘assault weapons’ are fairly ordinary, popular, modern rifles. This is an average case about average guns used in average ways for average purposes.

One is to be forgiven if one is persuaded by news media and others that the nation is awash with murderous AR-15 assault rifles. The facts, however, do not support this hyperbole, and facts matter,” Benitez continued. “Federal Bureau of Investigation murder statistics do not track assault rifles, but they do show that killing by knife attack is far more common than murder by any kind of rifle. In California, murder by knife occurs seven times more often than murder by rifle. For example, according to F.B.I. statistics for 2019, California saw 252 people murdered with a knife, while 34 people were killed with some type of rifle – not necessarily an AR-15. A Californian is three times more likely to be murdered by an attacker’s bare hands, fists, or feet, than by his rifle. In 2018, the statistics were even more lopsided as California saw only 24 murders by some type of rifle. The same pattern can be observed across the nation.

The specific California laws this ruling nixes are:

The ruling stems from a lawsuit (Miller v Bonta) filed by James Miller in conjunction with the Firearms Policy Coalition from 2019. The ruling included an injunction against the enforcement of the ban on AR platform weapons. Judge Benitez noted that California’s ban on “assault weapons” has had no effect on shootings in the state. Therefore it is a failure.

The ruling is reportedly stayed for 30 days, and the specific California laws are still in effect until the end of that period of time. The State will definitely appeal the ruling, and it will wind its way through the court system, likely all the way to the SCOTUS. Whether they will take it up is a question.