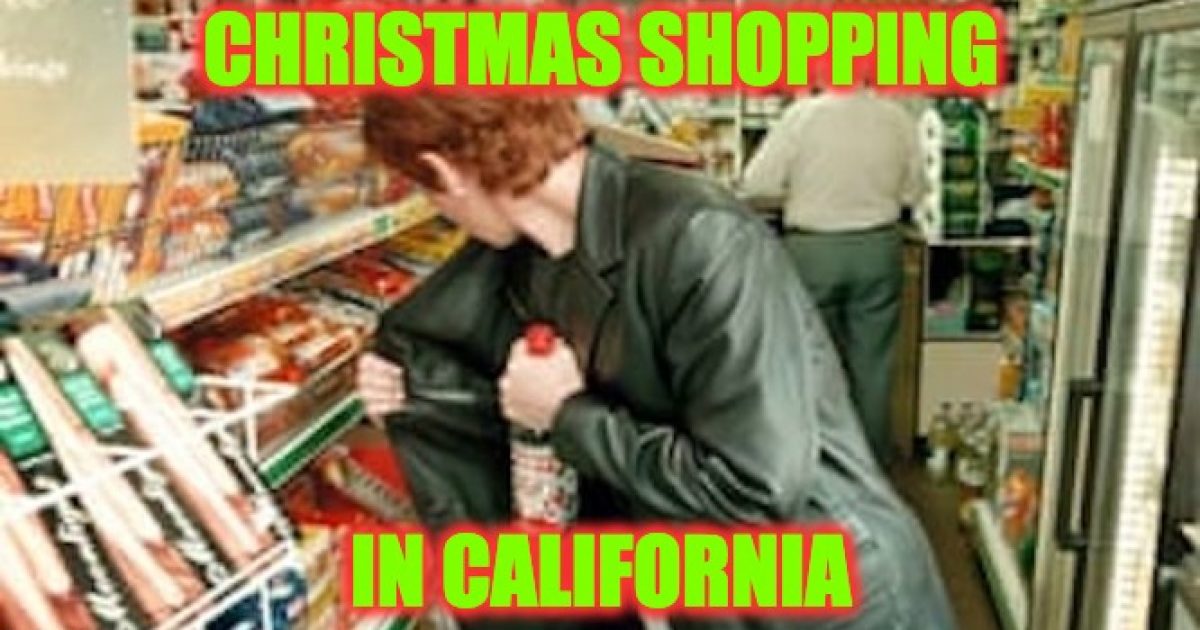 Once again, in the Land of Fruits and Nuts, the criminals have outsmarted the lawmakers. California shoplifters

In 2014 California passed Proposition 47, which made theft of property valued at less than $950 a misdemeanor offense.

The previous threshold was $450.

Guess how that is working out?

VACAVILLE (CBS13) — You’ve likely seen the videos on social media or the local news: groups of people rushing into a store, grabbing armfuls of merchandise. The brazen crimes are on the rise and CBS13 has learned, in most cases, the crooks get away from authorities.

After searching police reports and arrest records, CBS13 found that while the rate of these grab and dash crimes is on the rise, the rate of arrest is down. We turned to law enforcement and the retail industry for answers. Both blame a California law intended to make “neighborhoods safe.”

He explained these crimes have evolved into more than just shoplifting. It’s organized retail theft and he says it’s happening across the state.  Cities like Vacaville, with outlets and shopping centers located near major freeways, tend to be a target for these organized retail crime rings.

“They know the law,” Donaldson said. “One of the first things they ask us [is] ‘Can’t I just get a ticket so I can be on my way?’”

He explained many suspects know theft under $950 is now a misdemeanor, meaning most get a written citation, a court date and are released.

To be fair, California merchants should be forced to hang a sign saying “Theft of less than $950 is a misdemeanor in California.”

This is beyond ridiculous.

It’s just another in a long line of failed California Liberal laws and policies.

Q: How many Californians does it take to screw in a light bulb?

A: Surprisingly just one but it may not do them much good during wildfire season…

My jokes are about as funny as these stupid liberal policies which are continuing to further bankrupt California.

This theft encouragement scheme is only funny to the criminals that take advantage of it.

Proposition 47, which passed in 2014, raised the amount a suspect could steal before being charged with a felony from $450 to $950. As a result, criminals are committing “organized retail theft” to take advantage.

Police told KMAX that criminals are targeting retail stores in groups, rushing into stores to grab as much merchandise as they can, and escaping; they typically choose stores with easy access to getaway cars and major freeways. They know it is not often worth it for police to risk a high-speed chase for a misdemeanor offense.

When they are caught, they know they’re not facing severe punishment.

Money is tight this year for the Garrison household and I have 6 kids to buy presents for.

Who wants to go to California and help me do some Christmas “shopping”?