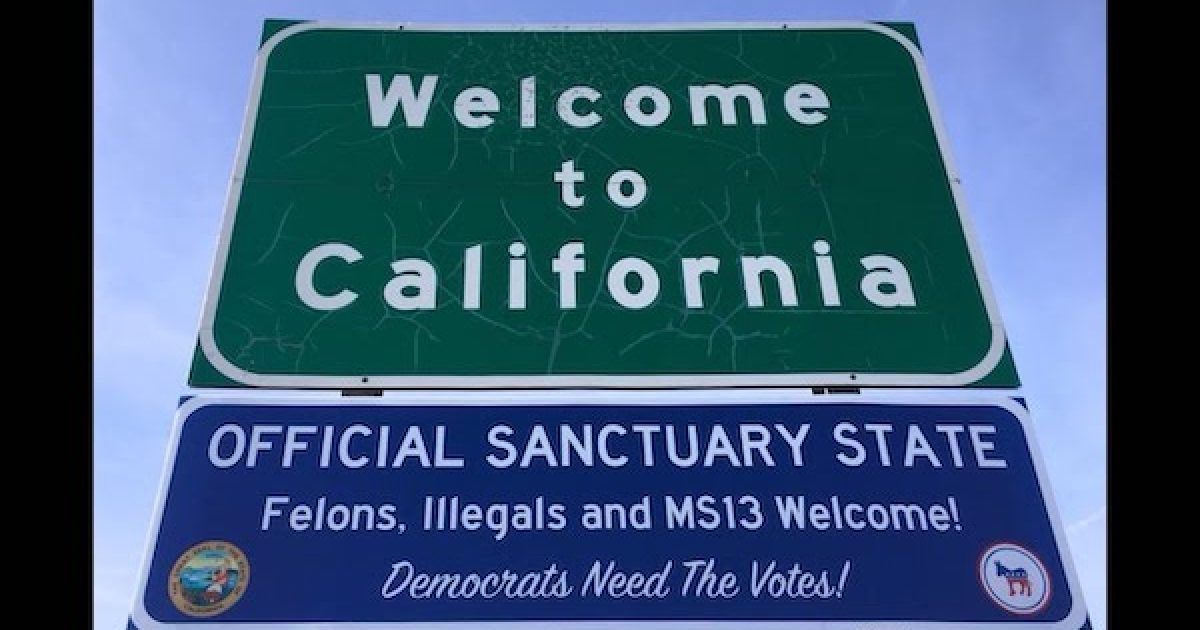 Good news for law-abiding Californians!  The “California Values Act” (SB 54) bans law enforcement agencies (LGAs) in the state from cooperating/sharing information with ICE. Resulting in more criminal illegals being freed to endanger law-abiding citizens. A  new study reports that twenty-four out of the state’s fifty-eight sheriffs departments (over 41 percent) are getting around the law by using a legal loophole to let ICE know the whereabouts and release dates of criminal illegal immigrants ICE want.

This information is in an Oxford University study of the implementation of SB 54. The full report (embedded below) definitely takes the attitude that the law should be followed by all sheriffs, ignoring the fact that the 41% who find loopholes ARE following the law, federal law.

Under SB 54 law enforcement agencies (LEAs) can only provide release date information to ICE or CBP if detainees meet certain criminal history related requirements, or if the information is already available to the general public. So the twenty-four sheriff departments who believe in law enforcement are making the information public. They’re posting on their department public websites release date info for criminal illegals in their custody in advance of their release, as well as upcoming court hearing dates, and detainee personal information, including the city of residence.

In addition to publicly posting release information, some LEAs also have tried to get around SB 54 by allowing ICE to enter non-public, secure areas of jail facilities to effectuate immigration arrests at the time the individual is required to be released in the criminal matter.

Given that in these “releases,” there is no effective break in the chain of custody from LEAs to ICE, these arrests are de facto in custody transfers that nonetheless likely are not recorded or reported as such to the California Attorney General as a part of annual reporting mandated by SB 54. This is the case because the Attorney General’s instructions to LEAs for reporting statistics on LEA transfers of individuals to ICE only require LEAs to report transfers that are based in an individual’s qualifying criminal convictions and arrests codes logged in jail databases.

LEA officers additionally violate the law in a variety of ways. Officers and Deputies continue to ask people about their immigration status; provide a wide range of information to ICE beyond release date information; detain people in jails for immigration enforcement purposes beyond the time when they would otherwise be released; provide space to ICE in LEA facilities for their exclusive use; and perform the activities of immigration detention officers and patrol the border.

It seems strange that the study describes the officers who are enforcing the federal laws as violating the law. But that’s the other conundrum of SB 54, it puts law enforcement agencies between a rock and a hard place, having to decide which law to enforce.

SB 54 also puts California residents in jeopardy because even with the non-compliance by some LGAs more criminal illegals are being put back on the streets instead of being turned over to ICE. 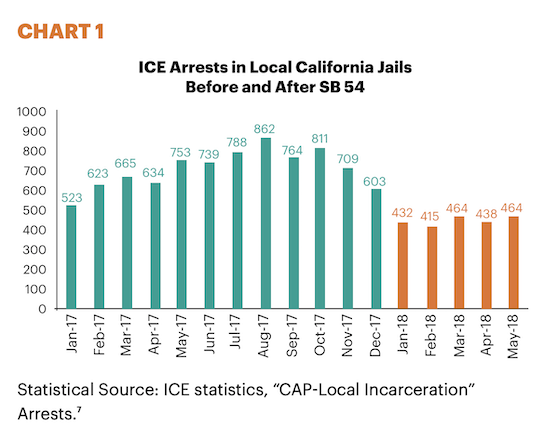 The Sheriffs who are putting their citizens before the far-left sanctuary law should be celebrated for risking censure by the state governments to protect the neighborhoods they serve. Let’s hope the 41% who find ways to get around SB 54 attract more LEAs to their side making California a safer place to live.

Below is the full Oxford report: