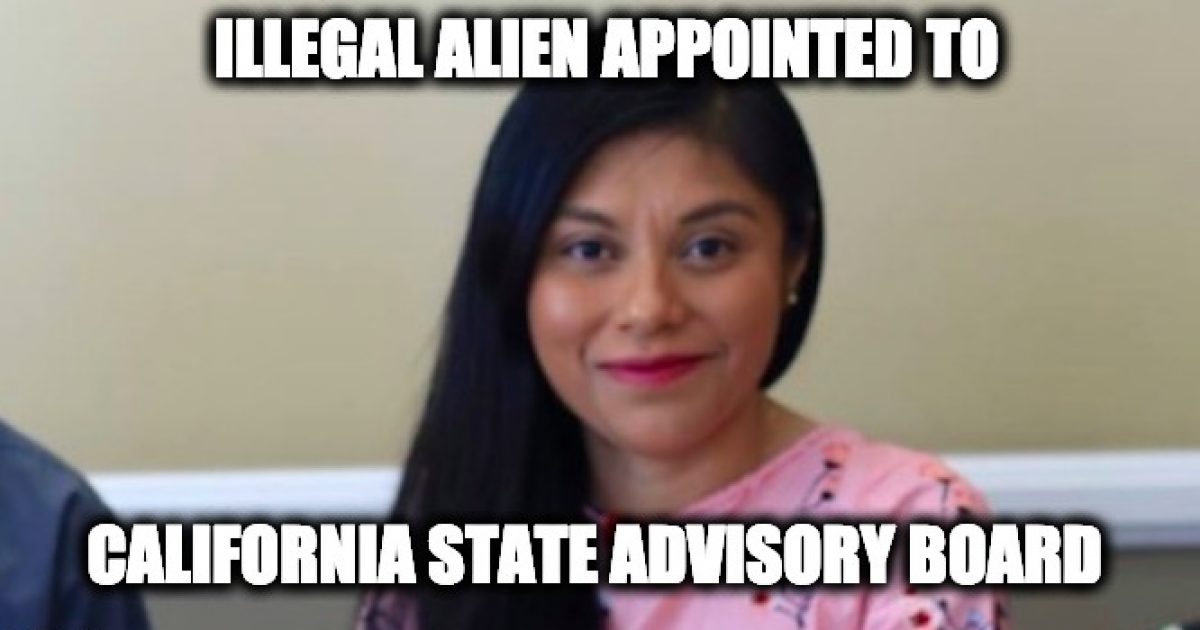 As California continues to coddle illegal aliens, it is no surprise that the state was the first to put an illegal alien on a state board.

The state-appointed immigrant rights activist Lizbeth Mateo, 33, to serve on a state advisory board by the Senate Rules Committee, quite despite knowing full well she was not a legal resident of the United States.

Mateo is an official member of the California Student Opportunity and Access Program Project Grant Advisory Committee, or “Cal-SOAP,” for short, according to the Washington Post.

Indeed, the appointment was made in direct contravention to President Donald Trump’s immigration policies.

“While Donald Trump fixates on walls, California will continue to concentrate on opportunities,” Senate President pro tempore Kevin de Leó told The Sacramento Bee. “Ms. Mateo is a courageous, determined and intelligent young woman who at great personal risk has dedicated herself to fight for those seeking their rightful place in this country.”

Mateo herself added that “while undocumented students have become more visible in our state, they remain under-represented in places where decisions that affect them are being made.”

Mateo has presented herself as a self-naturalized American, and as an activist for illegals. She has worked specifically to break our laws and to destroy our sovereignty.

For instance, in 2015 she led a group of illegals from the U.S. and into Mexico then reentered the country and dared the Border Patrol to arrest her. Because of actions like these and others, Mato has been denied legal status by the federal government.

And yet, the state of California rewarded her with a position in state government.

Trump has repeatedly slammed California for letting the state get “totally out of control.”

“You have sanctuary cities where you have criminals living in sanctuary cities, and then the mayor of Oakland goes out and notifies when ICE is going in to pick them up,” Trump said in San Diego last year as he toured several border wall prototypes. “People are going to start to move pretty soon. If you don’t have this kind of wall, drugs are pouring through in California. Can’t do it.”