California Threatens to Ban Three Historical Figures in One Month 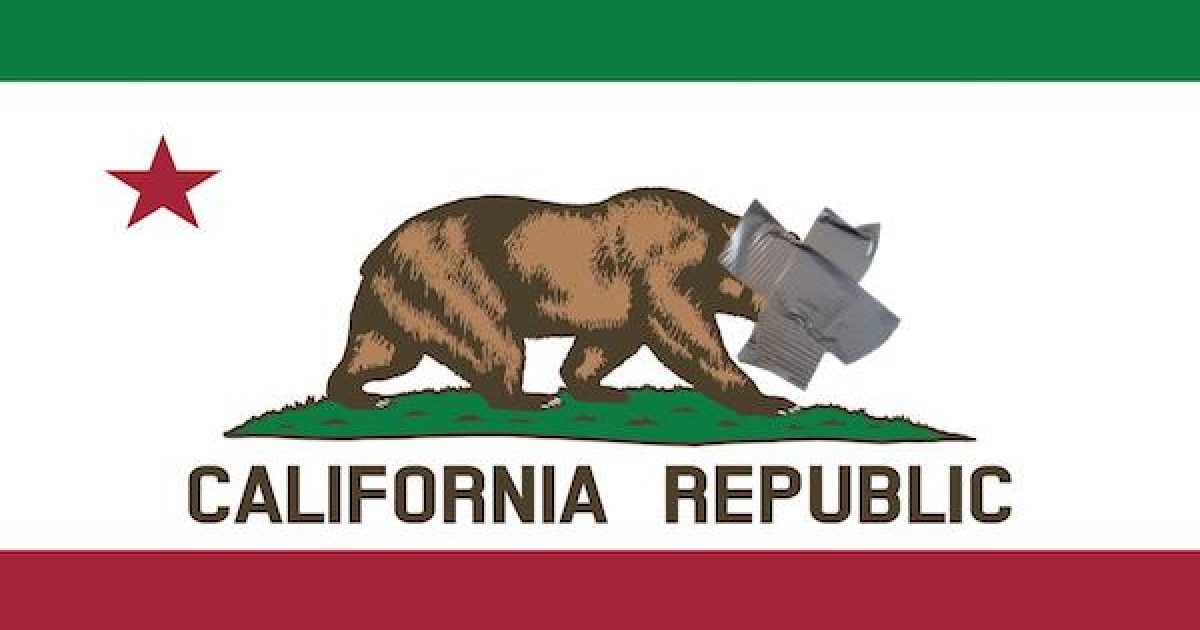 Liberals that hate American history are on a roll this month in the Golden State of California with three historical figures about to be removed from the historical record and out of the public eye, all in the name of political correctness.

First came the renewed assault on San Francisco’s “Early Days” statue that sits on Fulton Street between Hyde and Larkin Streets in the Civic Center, of San Francisco. The monument consists of a central pillar with five smaller statues circling it all making particular eras in California history. The one targeted for whitewashing was entitled, “Early Days.”

The “Early Days” statue features a Spanish Missionary, a vaquero (Spanish cowboy), and a Native American. But the race-baiters insist that this statue is “racist” because it depicts the missionary delivering a Christian blessing to the Indian who sits prone on the ground looking up.

The order to remove the statue has been a long time coming, of course. Left-wing groups have been agitating against the figure for years. And in February the city’s “Historic Preservation Commission” had approved the removal.

According to the San Francisco Chronicle :

San Francisco’s Arts Commission and Historic Preservation Commission had both signed off on a proposal to remove the “Early Days” statue and put it into storage. But the plan was frozen after an appeal was filed by Frear Stephen Schmid, an attorney in Petaluma. Schmid argued that neither commission had the authority to remove the sculpture and that the decision was inconsistent with the city’s standards for removing or altering historic artifacts.

The Board of Appeals sided with Schmid in April, largely on the grounds that the Historic Preservation Commission erred in approving the statue’s removal because it would change the Pioneer Monument’s historic character. But the appeals board granted the city a chance to make its case for removal one more time at Wednesday’s rehearing.

The Arts Commission had originally proposed removing the sculpture last year after a demonstration in Charlottesville, Va., at the site of a Confederate statue. That rally, which resulted in the death of a counterprotester, started a national reckoning around removing historical monuments that, to many, glorify racial or cultural oppression.

At Wednesday’s meeting, representatives of the Arts and Historic Preservation Commission argued that both bodies were acting well within the rights given to them by the City Charter when it comes to decisions about the city’s public art collection. Before their vote, several Board of Appeals commissioners said they were gratified to have received a clearer picture of the city’s rules and how they were interpreted.

So, the city’s “early days” was sent down the memory hole and the statue removed.

Next, the liberals came for “Prospector Pete,” a statue to gold miners that sat at California State University-Long Beach for over 60 years.

The school year had barely begun before the braying PC mobs found another target to get their fake outrage ginned up over.

According to Daily Wire:

Today’s example comes from California State University-Long Beach, where students have complained that the Prospector Pete statue must go because he represents the Gold Rush, a time now, apparently, associated more with attacks against Native Americans than searching for gold.

“As our diversity grew and more voices were heard, we came to know that the 1849 California gold rush was a time in history when the indigenous peoples of California endured subjugation, violence and threats of genocide,” President Jane Close Conoley said in a statement to the university. “Today, the spirit of inclusivity is reflected in our students, faculty, staff, alumni and community. Today’s Beach is not connected to that era.”

The campus was founded in 1949, and the statue was a reference to the founding president Pete Peterson’s claim of “struck the gold of education” in creating the school. No matter, today’s students only see the “prospector” reference and have too much time on their hands, so now Pete the statue is a symbol of racism.

Student government passed a resolution in March that retired the statute — which will be soon moved to an isolated part of campus — and disassociated the school from the gold rush.

“Multiple scholars have cited the California Prospectors, also known as the 49ers, as culpable in violent and genocidal acts against the indigenous people of California,” the resolution stated. “Prospectors in California perpetuated colonization, white supremacy, racism and exclusion ideals not only against indigenous American communities, but also women, people of color and non-Protestant communities.”

And now, for the third strike against our history, California loons have targeted Father Junipero Serra whose name liberals have demanded be removed from a building at Stanford University.

Why? Because Father Junipero Serra may have been mean to the Indians.

Stanford University will remove Father Junipero Serra’s name from several high-profile campus features after a committee determined it would be the right thing to do, citing “the mission system’s violence against California Native Americans.”

St. Junipero Serra was a hugely influential Catholic priest who helped found the California mission system. This was arguably his most significant accomplishment. But according to the committee, made up of faculty, students, staff and alumni, it is also his biggest sin, according to the report.

The committee had evaluated Serra’s position on campus alongside his prominent role in the California missionary system and the treatment of Native Americans by missionaries. Published August 18, the report pointed to Stanford’s goal of “full inclusion of people of all backgrounds and perspectives” at the university.

“Because the mission system’s violence against California Native Americans is part of the history and memory of current members of the community, we believe that features named for Junipero Serra, who was the architect and leader of the mission system, are in tension with this goal of full inclusion,” it stated.

How much more California history will the left target for destruction?

There is one statue I do recommend taking down. It represents someone who tried to divide his country and take away its freedoms. Plus the man is a horrible anti-Semite.

The statue is at Disneyland’s Hall Of Presidents 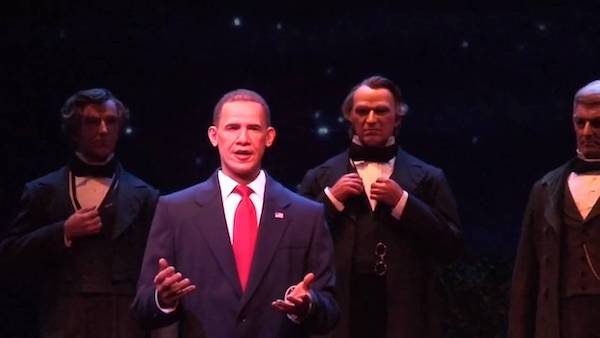