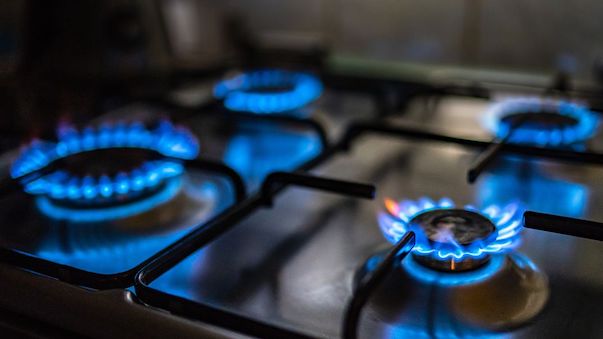 The California saga over fossil fuels and climate change now has the environmentally unconscious leadership banning any household or business appliances that run on natural gas. They plan to “phase out” the appliances by 2030 in favor of electricity. That they don’t have.

California regulators unanimously approved a proposal on Thursday to ban the sale of natural gas-powered heaters and furnaces in homes by 2030 to further crack down on fossil fuels and further the state’s aggressive climate agenda.

The California Air Resources Board (CARB) committed to mandating new zero-emissions standards for household appliances during a Thursday meeting and would require 100% of new space heaters and water heaters sold in the state to be free of fossil-fuel emissions after 2030, according to CARB’s proposal. The ban aims to significantly cut carbon emissions from households and businesses as buildings contribute to about 25% of California’s greenhouse gas emissions, according to the regulators.  Daily Caller

Suppose you are a homeowner with a natural gas cook stove (which is the best for cooking, by the way), a gas hot water heater (that heats the water much faster), a swimming pool, or a clothes dryer. In that case, you will have to redo your house to make room for electric appliances. If you are a business with natural gas, you will have to change things, also. All of which will be exceedingly expensive. Not to mention highly inconvenient. Converting to natural gas can cost anywhere between $6000 to $12000 …doing it reverse could be costly.

Remember that California doesn’t have enough electricity to plug in their mandatory electric cars or turn on the AC in the summer. Never mind, they are trying to save the planet. But are they doing it at the expense of their own citizens? Yes.

It may seem like some of us are picking on Newsom – but the horrific fact is that this  “green” agenda is a manufactured crisis that ignores natural science. There is no crisis. There ARE cycles to the earth’s weather patterns. The hysteria is not warranted. They can throw money and damaging laws at the climate, and nothing will change. The earth will do what it wants to do. [That doesn’t mean you are free to throw your plastic crap in the ocean. Just sayin’.]

California passes laws that cause massive control of the populace. They attempt to force people to comply with Draconian laws that they think will stop “climate change.” But laws will not stop it. Remember the dust bowl of the 1930s? The drought lasted for approximately 8 years. Some of it was attributed to poor farming practices, but most were just a plain lack of water. Even now, with newer farming practices, there is drought in California. Scientists disagree on whether there will be global warming, a new ice age, or everything will ultimately be the same. But they know those cycles will continue regardless of what man may do with their laws.

As long as the California saga continues with their demands to force compliance, the tyrannical leaders in our midst will not stop the march toward totalitarian edicts.