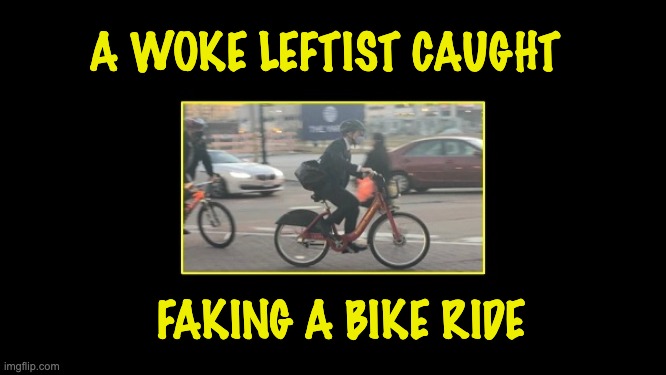 It hasn’t taken Preachy Pete very long to adapt to the big city of the culture of DC. He’s already more committed to impressing the woke left by faking what the liberals claim is doing good instead of actually doing the good thing itself. And we’ve got the video to prove it (further down).

You remember ‘Pete But-edge-edge,’ don’t you? He was that guy bleeding Primary votes away from Joe Biden so that Bernie Sanders was on the verge of an insurmountable lead.

And then, just in the nick of time, he stepped down. He got himself a plum government job in the process, and that Bernie guy? He wasn’t even a registered Democrat, but he somehow got the job of… Chairman of the Senate Budget Committee.

What a relief that Joe ‘is’ the Democrat Party and has ‘defeated Socialism’ (NOT).

But let’s get back to Pete Buttigieg. He landed himself a job as Secretary of Transportation. We’re not supposed to look too carefully at the credentials he has for that position. Buttigieg’s previous job was as the mayor of South Bend, Indiana, a city that has been described as a one-horse town where the horse has been dead for fo 30 years.  He’s just part of the crazy Democratic Party-controlled DC— Bernie runs Budget, Nadler runs Judiciary, and we all know who’s behind the irresolute desk these days (even though sometimes he might not realize who he is).

Mr. Transportation, after flip-flopping over whether he’s going to let some air out of the economy by adding a mileage tax to vehicles, has another headache to deal with.

Now he’s trying to be eco-conscious by riding his bike to work—well, that’s what he wants people to think.

Use an armored Suburban to bring a bike within a short distance of the destination. Unload it and ride in with a security detail in tow, pretending to save energy. ? pic.twitter.com/Pxynakrl59

None of us would have given a flying flibberty-jibbet if you drove in to work every day. Or took the train. Or took the bus. Or took a bike. Or if you came in on a freaking Segway.

Ok, we would have made fun of the last one, for sure, even though Segway tours in DC are fun. But the other ones, who cares.

What makes this a story is that preachy Pete tried to dupe us to seem more woke than he really is.

That is what pisses us off about DC politicians. And if you haven’t figured it out yet, this is what the right actually LIKED about Donald Trump.

He didn’t TRY to be anyone one wasn’t. He didn’t make promises he had no intention of keeping. He pissed more people off by the promises he has KEPT than by any he failed to deliver on when it was in his power to do so.

Pete, on the other hand, for all of his chest-thumping about his military service, doesn’t seem to have carried the integrity we normally associate with military service into his career as a public servant.

Staged photo ops like this show he’s just another DC weasel. Not a big surprise.

Folks, make sure to teach your children, “don’t be a Pete.”