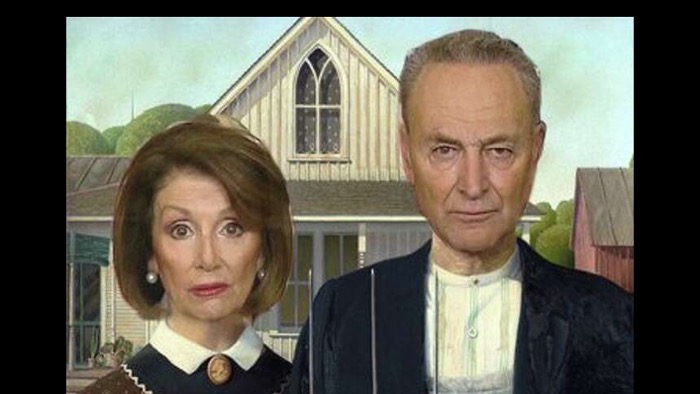 The camera was rolling when one senator’s wife admitted the Biden Admin’s inflation bill was a con to hide the REAL Democrat agenda of climate and health.

The party that screamed ‘threat to democracy’ daily has forgotten one key detail. The entire process of a representative government — a Republic — requires one crucial ingredient: an informed public.

This was the whole point of a free press. It’s why a corrupt and partisan press poses an ACTUAL threat to the democratic process in a functioning Constitutional Republic.

Suppose the Press — the public counts on exposing political lies, malfeasance, corruption, or even simple mistakes — is in league with the politicians. In that case, cynical politicians intent on manipulating the public can be lied to.

That’s why videos like this one aren’t just damaging to elected Democrats; they are damaging to the Press, who are supposed to hold their feet to the fire.

The wife of one Colorado Democrat Senator said the quiet part out loud in a video that is sure to be embarrassing to the Democrat party and (hopefully) a wake-up call to their base.

The Dems are taking you for chumps. The talking points you have been repeating on their behalf have been lies the whole time — and they knew it.

Susan Daggett, the wife of Michael Bennett, was in a conversation with ‘Accuracy in Media’ undercover reporters and took the mask off of how Democrats should (and do) use a bogus name as a cover for other agendas.

She begins with the Defund the Police example, which she opposes not on principle (as you can see by her later comment about quietly reallocating money) but because the messaging was too direct and confrontational. It’s better to sneak it in, she says.

‘We just don’t talk about it.’

Then the conversation turns to another example — Biden’s ‘inflation’ legislation, and Susan laughs loudly when the reporter says, ‘it’s just inflation.

There is a gap in the footage as the video resumes later in the conversation, where Susan is asked if Biden would run again.

Her answer? ‘I hope not.

Actually, that last answer makes sense. Why would she have more honest and heartfelt loyalty to the party leader than they do to the electorate they supposedly represent?

As for the supposed inflation bill being about ‘climate’? The jokes on them because someone else has been playing THEM in precisely the same way they thought they were playing us